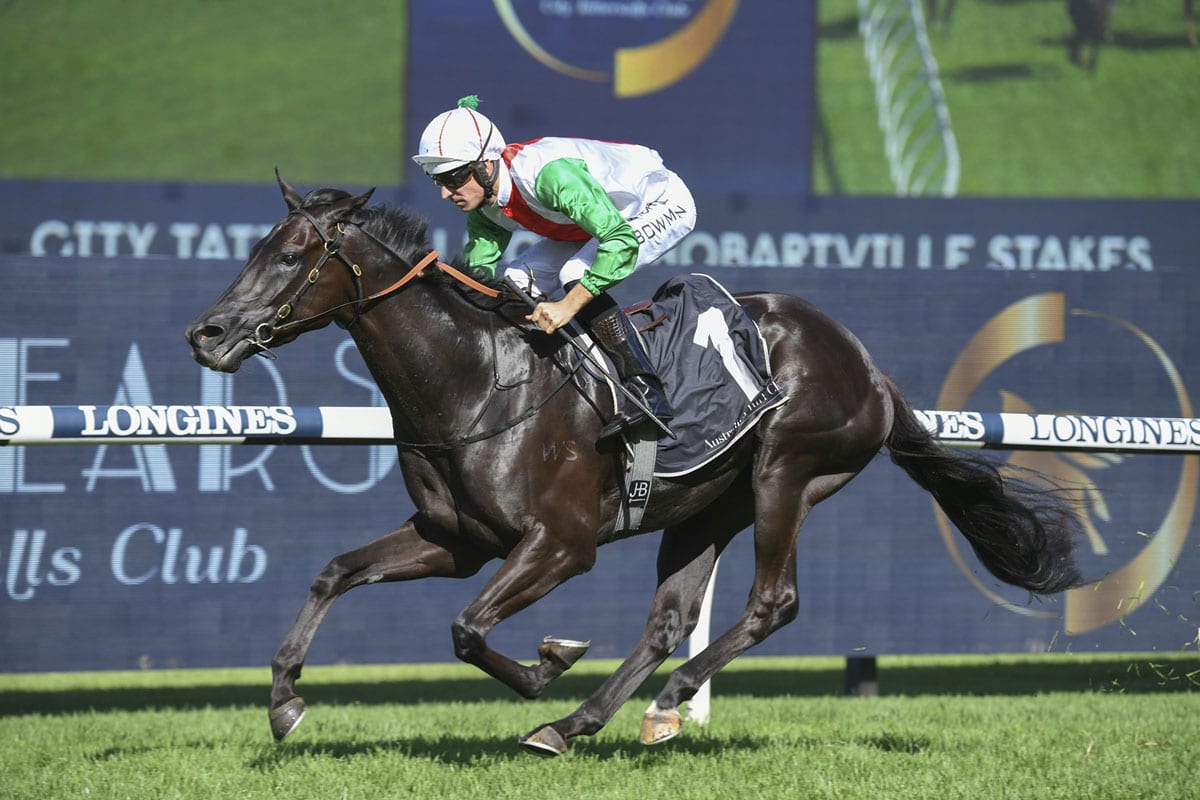 Cambridge trainers Murray Baker and Andrew Forsman will get two chances at Group One glory at Randwick on Saturday on the opening day of The Championships.

The Frontman will contest the A$2 million Group 1 Australian Derby (2400m), while Aegon will be looking to regain winning form in the A$3 million Group 1 Doncaster Mile (1600m).

Undefeated in four starts in New Zealand, Group One winner Aegon was an impressive winner of the Group 2 Hobartville Stakes (1400m) at his first start across the Tasman, however, his winning run was brought to an end last start when finishing sixth in the Group 1 Randwick Guineas (1600m).

Forsman said the lightly-framed son of Sacred Falls didn’t handle the two weeks between runs and they have been pleased with his return from a short freshen-up, having won his 1175m trial at Warwick Farm last week.

“He was very flat second-up, which is unlike him,” Forsman told Sky Racing.

“He had never raced two weeks between runs before, so that’s all we could put it down to.

“He can’t cope with too much racing in a short space of time.

“We have backed off and freshened him up and I thought his work this morning was exceptional.”

Aegon has drawn barrier seven in the Doncaster and will carry 53kg, and Forsman is wary of a few of his more seasoned opposition on Saturday, given the relative weights assigned.

“He is quite close in the weights against some tough seasoned, older horses in a big field,” he said.

“That’s going to be hard for him. He might get a little bit out of his comfort zone. You would have liked to have seen him getting a bit more weight from some of those well-performed horses.”

He races the gelding in partnership with the Zame family, whose red, green and white silks experienced success at Randwick on the same day four years ago when Jon Snow won the Australian Derby.

Forsman is hoping stablemate The Frontman can replicate the result this weekend and add to the stable’s strong record in the race – with the training duo having won the classic with Mongolian Khan (2015) and Quick Thinker (2020), while Baker won the Derby with Nom Du Jeu (2008) and It’s A Dundeel (2013) prior to the formation of the training partnership.

The Frontman, a full-brother to Group One winner Bonneval, will back-up this weekend after finishing eighth in the Group 2 Tulloch Stakes (2000m) at Rosehill last Saturday.

Forsman said he and Baker hold the three-year-old in high regard despite him being a work in progress.

The Makfi colt has had just five starts, winning at Rotorua on debut before placing in the Group 1 New Zealand Derby (2400m) two starts back.

“We have a high opinion of him, we always have,” Forsman said. “It’s all come a bit soon for him almost.

“He was a bit disappointing last Saturday. We feel he has come through the run perfectly. A bit more give in the ground should be ideal for him, maybe it was a touch firm for him on Saturday.

“He is a colt and he needs to have things his own way a little bit too.

“From that middle barrier draw (8) we have got some good options. We can probably work forward and I don’t think he likes being on the inside of horses and being dictated to.

“I think we will roll forward and ride a positive race from there.”