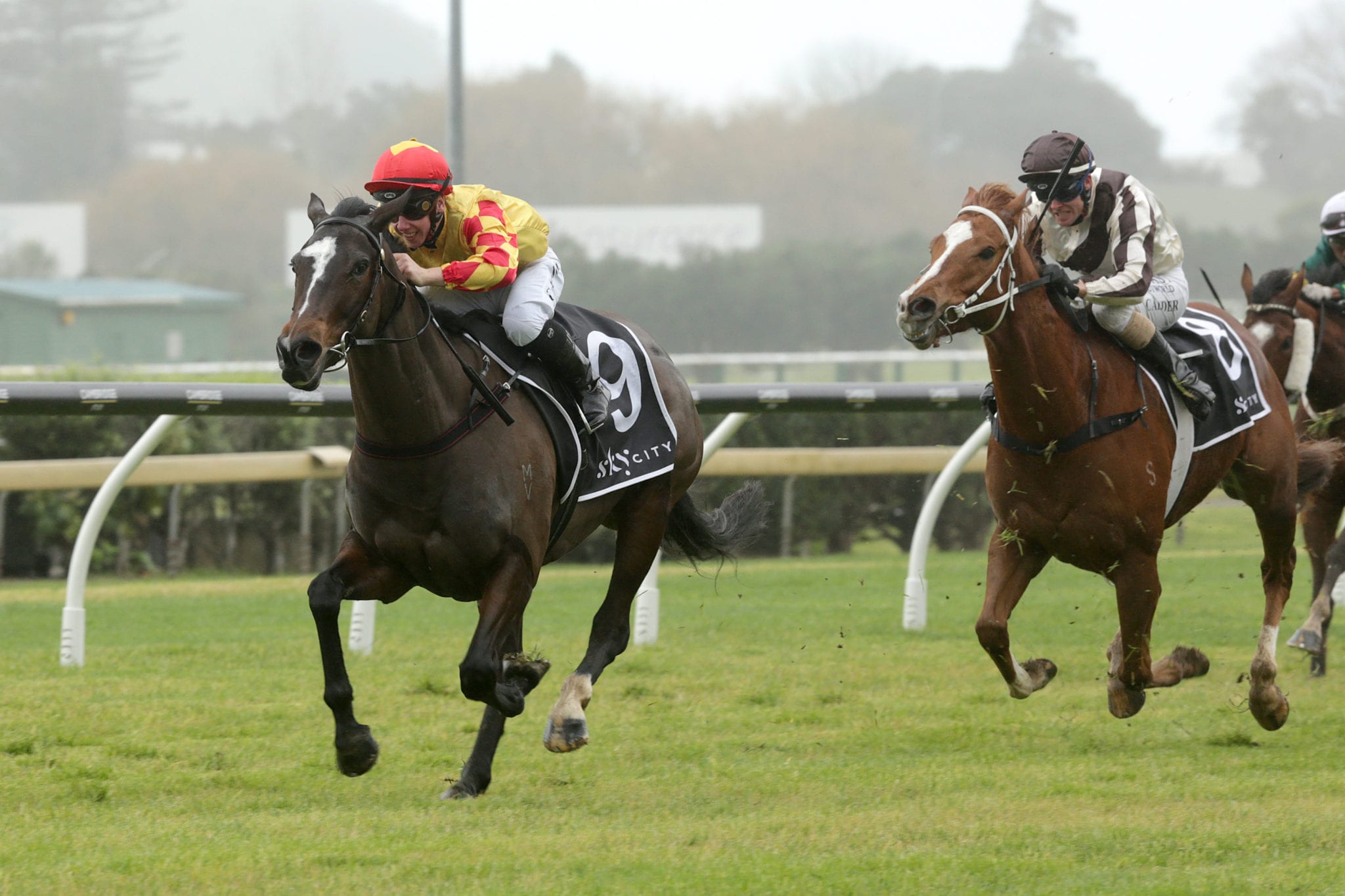 Promising young rider Callum Jones is making every post a winner in the early stages of his career, adding a winning treble to his record after bagging a double on his home track last month. Jones, who is apprenticed to Nigel Tiley at Pukekohe, scored aboard Diogenes and Double Happy on his first official day of race riding on June 20.

The combination was to the fore again at Ellerslie on Saturday where Jones guided Macushla and Gorgeous Geisha to victory in consecutive races for his boss before adding a third with Lupelani later in the day. The wins got Jones’ weekend off to the best possible start as he celebrates his eighteenth birthday on Sunday, a fact that Tiley was quick to make light of.

“I’m picking he will probably be the first in line at the pub at a minute past midnight tonight,” Tiley said. “Seriously though he is a good kid who listens really well which is half the battle. He soaks up information and has the talent to go out and use it when it’s required.”

Tiley was delighted by the performance of his team who revelled in the Heavy10 track conditions. “They are genuine wet trackers,” he said. “Gorgeous Geisha loves that ground and she was just cruising all the way. “We didn’t get a run with her at Pukekohe where I thought she would be hard to beat so we didn’t have much choice other than bide our time and line her up here instead.

“Lupelani had gone well first up and with a touch of improvement she got the win on one of her favourite tracks.” Tiley was pleased with Jones’ effort aboard Macushla who got back beyond midfield from an awkward barrier before storming home out wide to break her maiden status at just her second start.

“Callum came back in and said she got a little bit further back than he wanted but she was travelling easily enough,” he said. “He didn’t want to push her hard around the corner so that shows he is thinking about what he is doing. “I think she will get better with more maturity so hopefully she can go on with it.”

Macushla carries the colours of Dr John Bowbyes and his wife Di who also bred the Dalghar three- year-old. Her grey colour stirred memories of another top horse that Tiley trained for the couple in Megablast who numbered the Group 2 Easter Handicap (1600m) amongst his ten career victories.