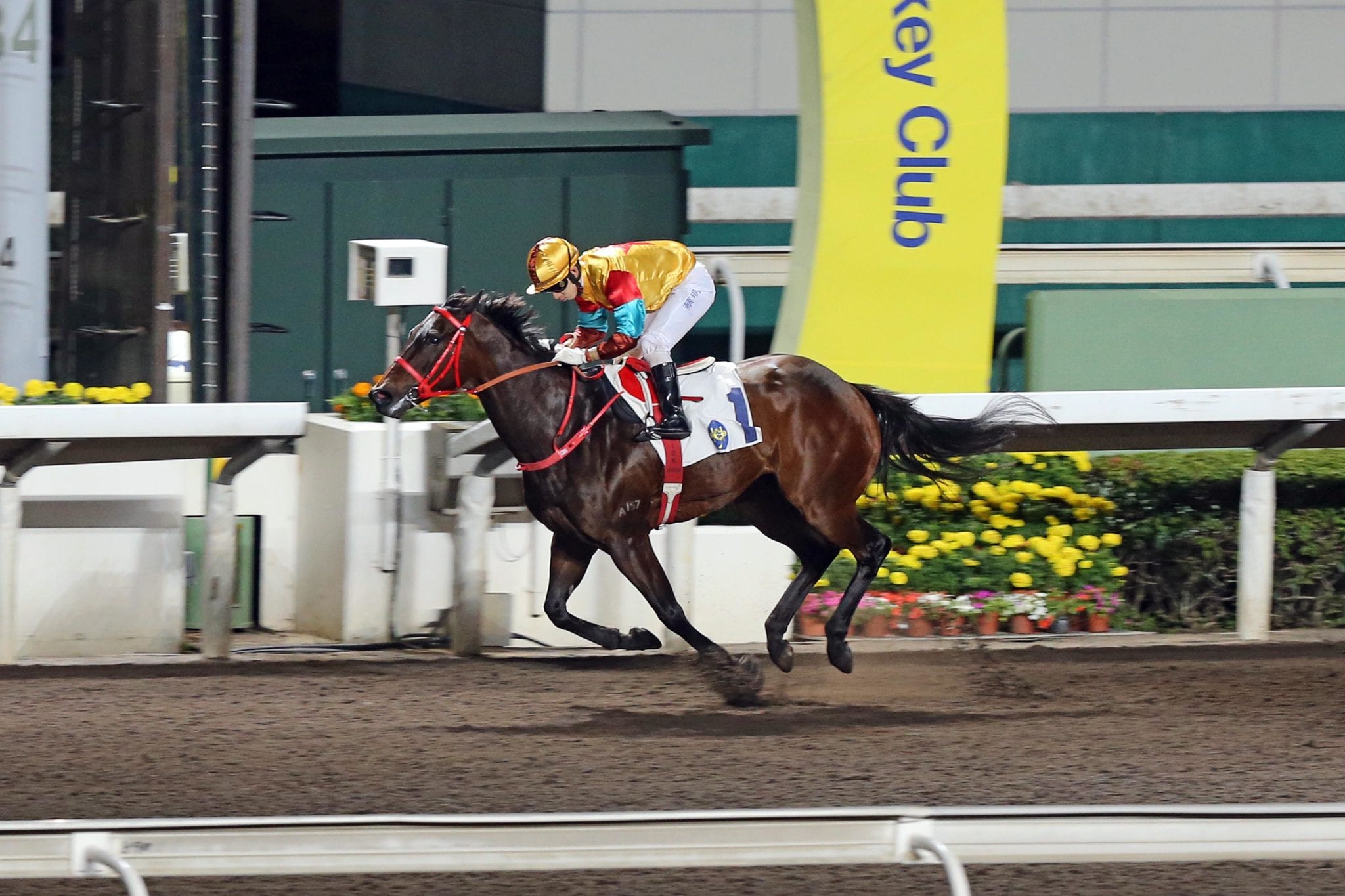 Trainer Manfred Man is eyeing the Group 1 Dubai Golden Shaheen (1200m, dirt) at Meydan’s Dubai World Cup meeting in March, and is hopeful that this evening’s dominant performance will be enough to seal a ticket.

“The plan is Dubai, we’re still waiting for an invitation,” Man said. “He can handle turf but he’s much better on the dirt track and there are no more dirt races here, so if we go to Dubai it will be on the dirt, not the grass.”

Big Time Baby travelled powerfully on the leader’s flank, sauntered to the lead off the home turn and zipped home to win in a sharp 1m 07.79s despite lugging 133lb.

“He did it well under top-weight – he did what we wanted him to do. He was waiting a little bit for something so I just had to help him to the line a little bit,” jockey Matthew Chadwick said.

“He’s fit and Manfred’s got him going really good, so hopefully he’ll get an invitation for Dubai. He finds an extra couple of lengths on the dirt and he’s shown today that he doesn’t have to sit, he has natural pace; he’s versatile, so hopefully he has more than one string to his bow.”

The Dandy Man six-year-old was a talented juvenile in Britain and won the Listed Roses Stakes (1000m) at York for previous handler Tom Dascombe. The gelding proved a solid Class 2 handicapper in his first two seasons in Hong Kong but has gone to another level this campaign and posted a fine second to Big Party in a 1000m Group 3 – on turf – at the end of December.

“Nothing has changed with him, everything has been the same as previous seasons,” Man said. “It’s just that he’s a European horse and normally they will mature when they are five years old.

“I don’t think he’ll run again if he goes to Dubai – I will give him only one trial in preparation. He has had a little problem with his knee, small bone chips, they’re not at all serious but I want to look after him so he keeps his form.”

Man left the track with a double, which took him to 499 career wins. His Super Power Man had the look of a solid young prospect when winning section one of the Class 4 Po Lam Handicap (1200m) at his second career start.

The 23/1 shot burst from the widest stall and soon crossed to snare the inside rail under Chad Schofield, who dictated the fractions to secure a length and a quarter win.

“I told the owners I wasn’t too confident because he was drawn gate 12!” Man said.

The Anacheeva three-year-old was a fair seventh behind Will Power on debut last month and clearly benefited from that experience, although Man emphasised that his charge has plenty still to learn.

“It depends on what the handicapper does with his rating but I’ll probably keep him at this distance; he’s still young, he still needs to learn so I will try grass with him – the jockey reported he’s still very green,” the handler said.