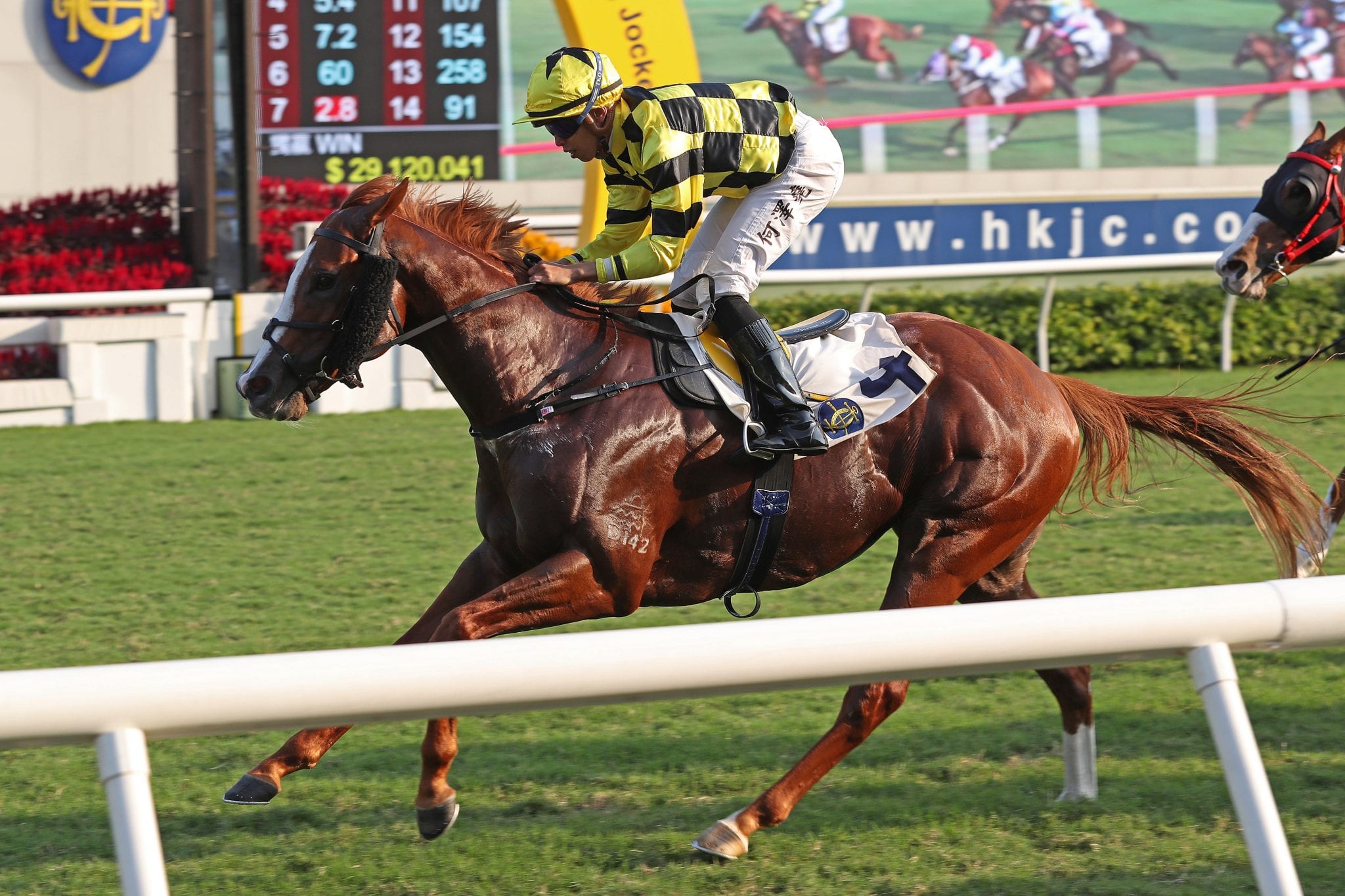 “He’s come out of that win as good as you’d expect,” Whyte said yesterday (Tuesday, 17 November). “I came out and gave him a 1200-metre turf gallop this morning and he moved beautifully. “I didn’t expect him to win the way he did first-up – I expected him to run very well. He had shown signs all his career that he could run but he certainly let down unexpectedly.”

The colt’s recent powerful victory down the 1000m Sha Tin straight was a career best effort and has earned him his first start in a Group race since his juvenile days at the Gold Coast in May 2019. That day, Stronger was a shade the best, winning the Group 3 Ken Russell Memorial Classic (1200m) under Blake Shinn to book his ticket north to a career in Hong Kong.

The Not A Single Doubt chestnut took time to find his feet for his initial Sha Tin handler, John Moore, with a promising Class 3 win over the minimum trip at Happy Valley last February being his sole success from nine outings. But Whyte is of the view that the four-year-old, who bled during a barrier trial in July, is blossoming at present.

“He’s obviously a horse that’s had issues but we’re on top of that and monitoring that and he feels great,” the former 13-time champion jockey said. “I think now that his health issues are manageable, he’s on his way. It’s amazing how these horses, with extra time, they just furnish and start to come to hand.”

Vincent Ho was in the plate for Stronger’s 1 November win but this time the in-from Frenchman Alexis Badel will take the reins against established big race sprinters like Hot King Prawn, Voyage Warrior and Wishful Thinker, as well as developing talents Computer Patch and Amazing Star.

“Unfortunately, Vincent had a booking already but Alexis was keen to get on him,” Whyte said, and the handler sees no issues with Stronger stepping back up to 1200m.

“I don’t see a concern with 1200 going around a bend, I think his biggest issue was that he used to jump and over-race and he wanted to do things too quickly too soon. His last run, it was there for everyone to see that he was pretty kind, he settled lovely in the run and that allowed him to finish the race off so I’m hoping we’ll get a similar run to that, and I’m sure we’ll see a similar turn-of-foot.”

Big Time Baby almost caused the sensation of the season at Sha Tin back in April when runner-up in a thrilling finish to the Group 1 Chairman’s Sprint Prize (1200m), and, in Sunday’s Group 2 Jockey Club Sprint (1200m), the Manfred Man-trained speedster will attempt to prove there was no fluke to that performance.

The six-year-old had made his name as a formidable dirt track runner with five wins on that surface, the best in Class 2, prior to his +2800 Group 1 placing, but injury denied the game bay the chance to enhance his record further.

“He’s had an operation,” Man said, “but he’s had two barrier trials and I can see his form has improved, he needed that work because he has had no racing since April.”

The handler would have liked to have given the Irish-bred gelding a softer re-introduction but a rating of 120 meant his hand was forced.

“With his rating, we had no choice but to enter this race, we have to go here. It’s difficult to say how he’s going to run – we don’t know if he still has all of his ability,” Man said.

“If all goes well, we could consider Dubai because he enjoys the dirt so much, but that’s for consideration after this race.”

“He could go to the Hong Kong Cup at 2000m or the Hong Kong Vase over 2400m, we’ll see how he does and I’ll need to talk with the owner after this race,” Shum said of Neil Callan’s mount.

“The horse is ok, he’s not in his best form but he worked and trialled ok so hopefully this run will bring him into December spot on. He’s not bad but not great right now, so we just want this race to take him forward.

Golden Sixty, Hong Kong’s star four-year-old last season, will take on the likes of Southern Legend, Ka Ying Star and the rising talent Mighty Giant among a field of seven for the Jockey Club Mile, in which Shum has his solid Class 1 winner Harmony Victory.

“Harmony Victory has been in Conghua, he’s happy but it’s too strong a field – if he can run second, third or fourth, I’ll be happy,” he said.