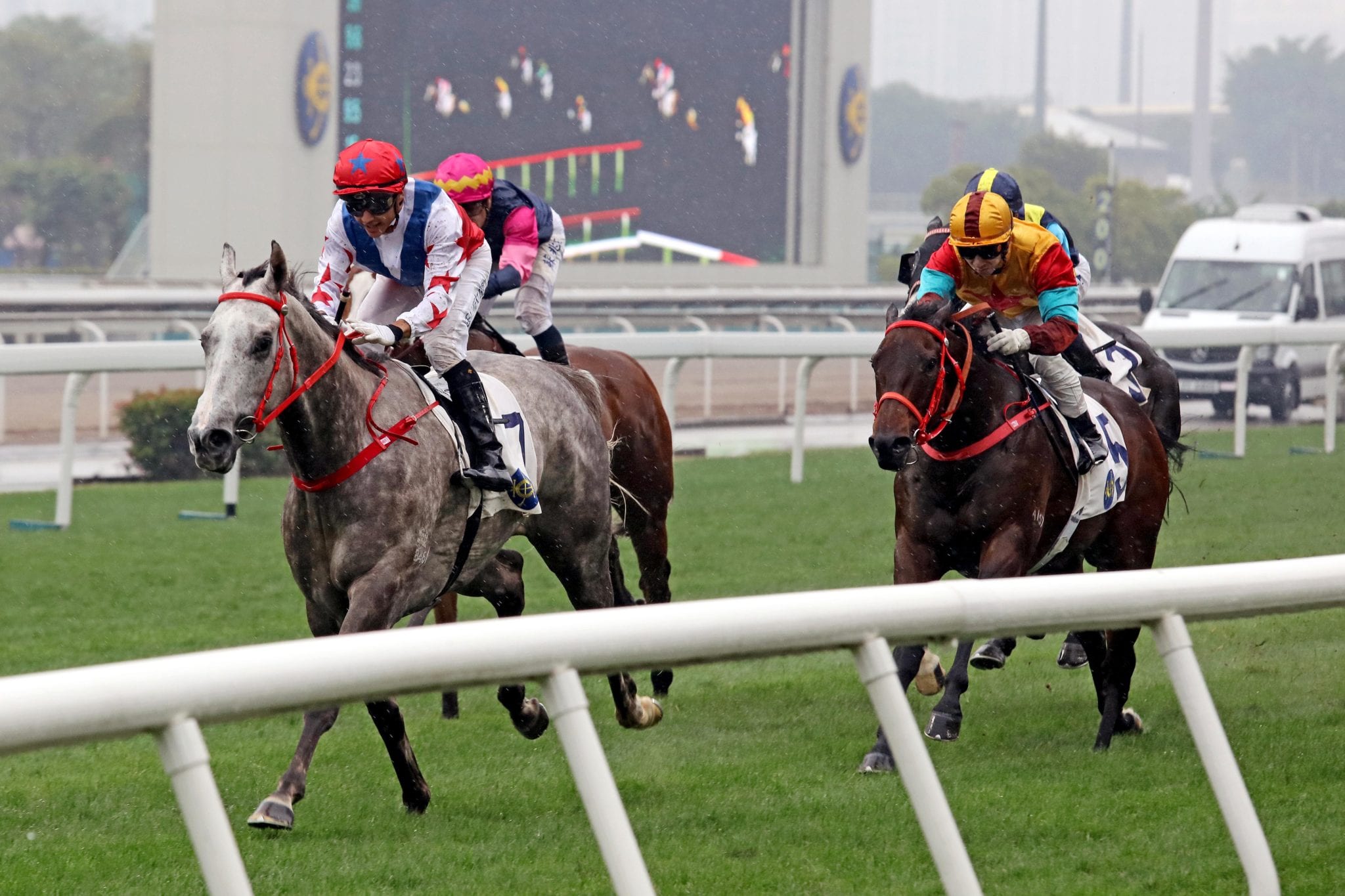 The manner of the grey’s length and three-quarter victory in a time of 55.71s suggested the Group 1 Centenary Sprint Cup (1200m) in three weeks’ time would be a probable next assignment. But trainer Frankie Lor played down such talk in the race’s immediate aftermath.

“Maybe,” was his cautious response to that proposition, “I need to talk to the owner first.”

That is not to say Lor doubts the four-year-old’s ability to mix it with the likes of Group 1-winning stablemate Mr Stunning: “If you see this race, I think you will say he could be one of Hong Kong’s best sprinters. He’s still young and I hope he can improve further,” he said.

Winning rider Grant van Niekerk echoed that view without a hint of doubt.

“He didn’t take on the best in this race but there were still some decent sprinters in there and he won with authority and that must count.”

Lor’s concern is more to do with a three-week turnaround for a horse with a history of issues, having just bagged two wins in the space of only 10 days – this win rolling off a Class 2 1200m score at Happy Valley.

“I need to look at the horse tomorrow morning to see how he is,” the handler said. “After his last run he came back and was eating okay and everything looked good, so I talked to Joao (Moreira) and we decided to race him today. It’s three weeks to the Group 1 so we need to see how the horse is tomorrow and then we can start to think.

“He has had issues with his back and knee but at the moment everything is okay; I need to look after him very carefully. He’s a little bit tricky because he wins and then nothing.”

Van Niekerk found himself aboard Big Party for the first time since April as a result of Moreira being hit with a bout of flu. The South African enjoyed a sweet run as the big Australian-bred purred along, tracking the pace-setting duo of Premiere (127lb) and runner-up Big Time Baby (123lb) before switching inside and roaring on by under soft hands.

“It was a good one. I think he enjoyed the sting out of the ground and he gave me the feel he gave me when I last rode him,” Van Niekerk said.

Lor confessed to being “a bit surprised” with the ease of success and admitted that his task now is to bring a level of uniformity to the son of Exceed And Excel’s performances, which, although having yielded five wins from nine races, have featured a couple of disappointing defeats when odds-on favourite.

“Mr Stunning is very consistent but this horse is up and down; I need to make him more consistent,” Lor said.