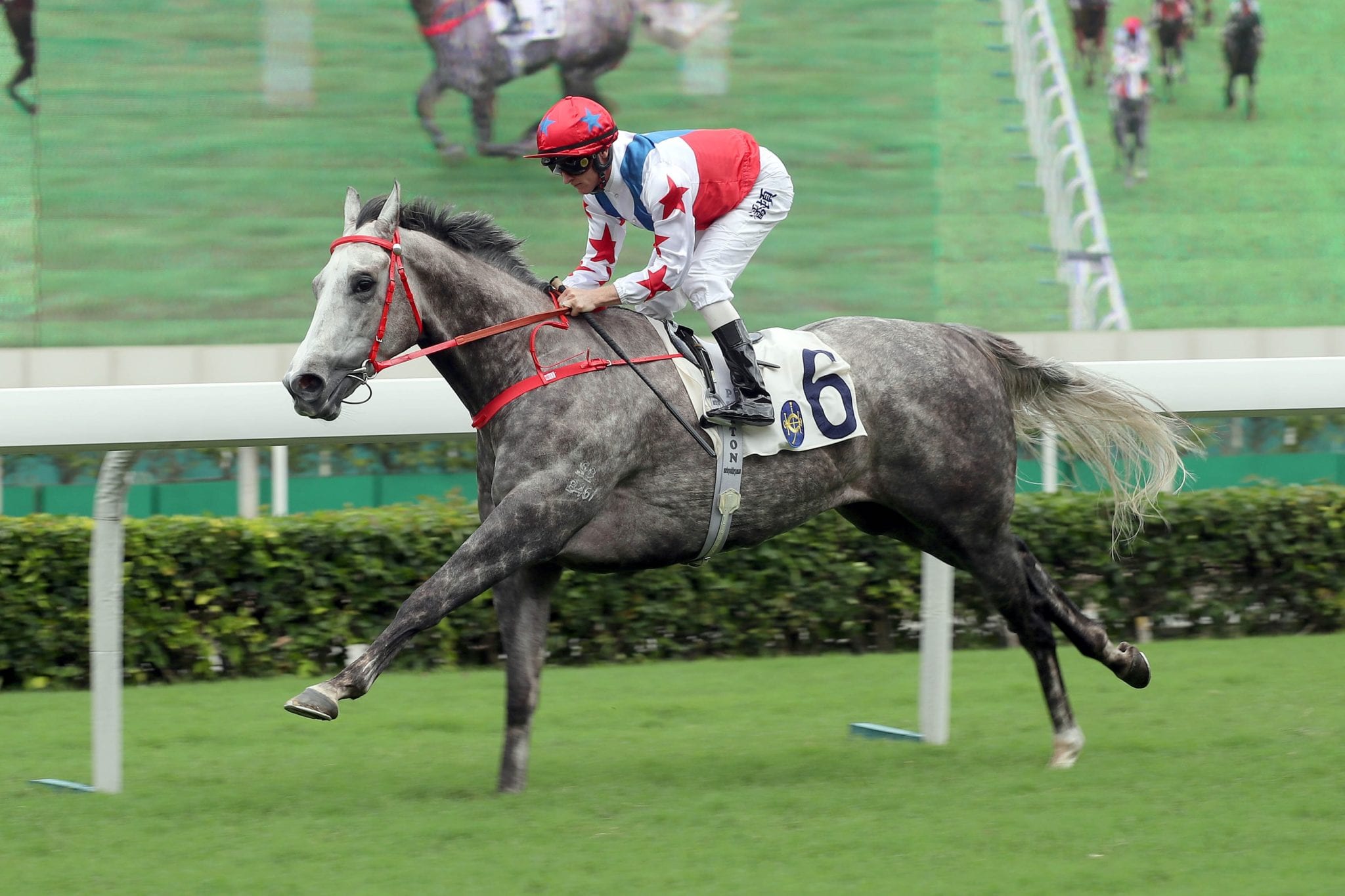 Big Party shaped like a potential top-liner when ascending the ranks last season and will get his chance to prove his merit in Group class when he takes his place in Sunday’s (29 December) Group 3 Bauhinia Sprint Trophy Handicap (1000m).

The grey heads into the straight track dash off a powerful victory at Happy Valley a week and a half ago – his fourth win and eighth career start. But that was at 1200m and trainer Frankie Lor is hoping the shape of this weekend’s race will suit his charge as he returns to the minimum trip for the first time since a career debut fifth.

“If he gets cover, the 1000 metres should not be a problem for him. He needs to get some cover behind some horses, that’s better for him,” the handler said at Sha Tin this morning (Friday, 27 December).

“First-up last season, over 1000 metres, he had no cover and finished fifth and we saw it again first start this season (over 1200m), he jumped fast and had no cover all the way – it was only the last 50 metres he started to slow down. Last time, I asked Joao (Moreira) to try to get some cover and he was able to do it.”

Moreira sticks with the four-year-old, who will carry bottom-weight of 118lb. The field of seven also includes top-weight Regency Legend (132lb) and the John Moore-trained talent Thanks Forever (125lb), a three-time course and distance winner and the mount of Silvestre de Sousa.

Lor knows his charge faces no easy task despite the small field size.

“We’ll try but the race also has Thanks Forever and he’s quite strong, so we’ll see,” he said.

Champion jockey Zac Purton scored an impressive win on Big Party in Class 3 last May but will be in opposition aboard Regency Legend, successful in his first four starts but disappointing in his latest two, latterly when last of 12 in the Group 1 LONGINES Hong Kong Sprint (1200m).

The Danny Shum-trained four-year-old steps down to 1000m for the first time.

“It’s an interesting change in direction,” Purton said. “He did trial over 1000 metres at the start of the season and I thought his trial was quite good.

“It’s not a strong race for a Group race, there’s not a lot of depth in it, so he gets his chance to try and show us something if he can but he’s obviously been very disappointing at his last couple of starts. Hopefully this can bring a little bit of bounce back into him.”

Shum will fit a new piece of equipment in an attempt to help his charge cope with the sharper tempo.

“The 1000 metres might be a little bit sharp for him so I hope the first time blinkers will help him to get a good spot and hit the line strongly,” the trainer said, adding, “he’s well, there was nothing wrong after his last run, he was just a bit disappointing.

Purton said: “He’s got the blinkers on for this race and I hope it will be positive. He’s always been a very nervous horse, he has himself quite wound up, so whether or not the blinkers will have a big effect on him, we’ll have to wait and see how he responds on race day.”