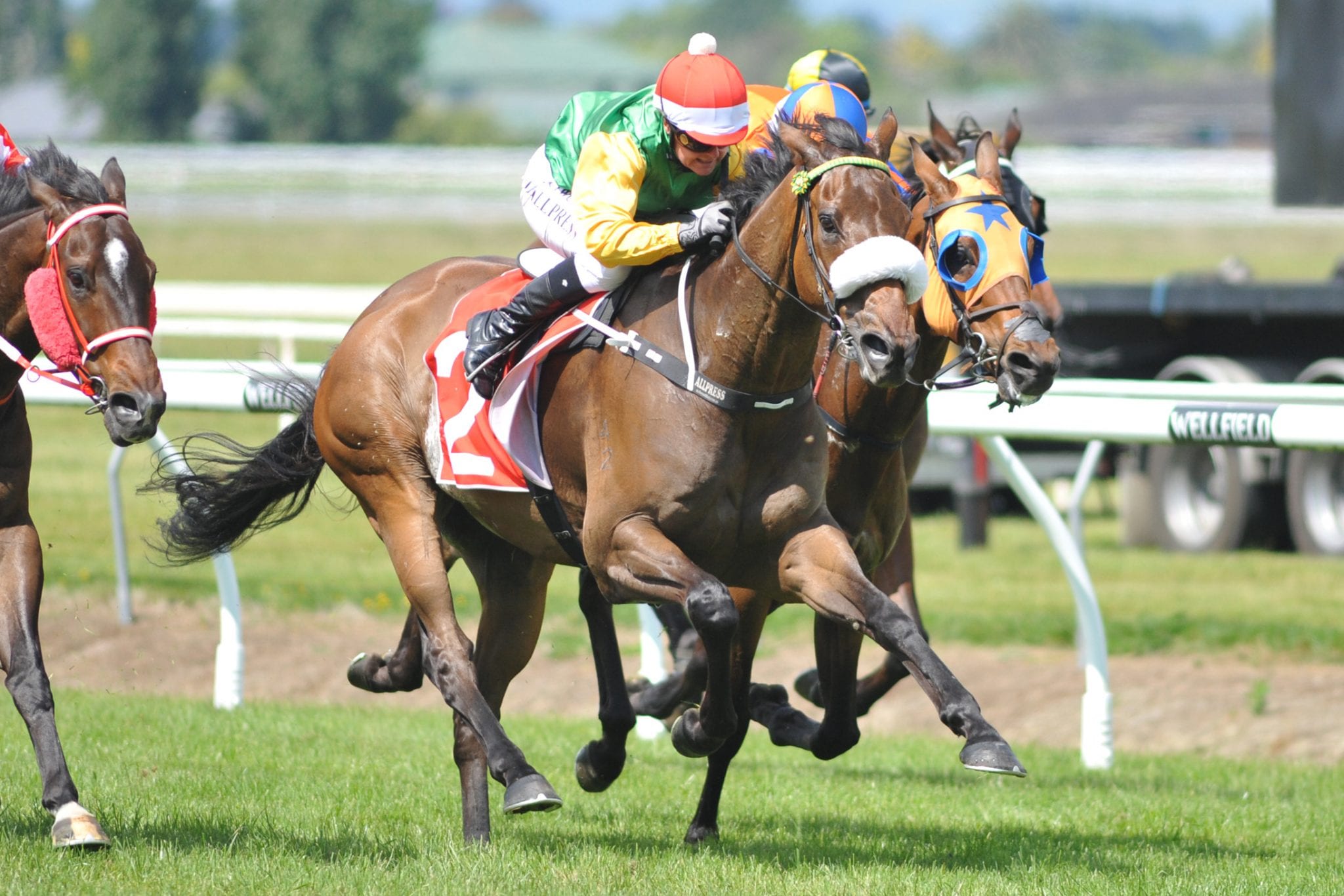 Hunterville farmers Christopher and Susanna Grace have experienced plenty of success as owners in Australia, with Group 1-winning mare Shillelagh leading the charge, and they are hoping Beefeater can carry their green and yellow colours to glory across the Tasman in the coming months.

The ever-consistent six-year-old arrived in Queensland on Friday and trainer Roydon Bergerson said he has settled in well ahead of his first Australian assignment on Saturday, the Listed Members’ Handicap (1600m) at Doomben. “I’m very pleased with him, he has travelled over well,” Bergerson said. “He teamed up with Jamie Richards’ horse, Mongolianconquereor, they travelled over together and are stabled together at Bevan Laming’s. He’s settled in really well, I couldn’t be happier with him.”

The son of Alamosa finished second in the Listed Flying Handicap (1400m) at Awapuni in March and a solid showing in the Group 2 Easter Handicap (1600m) at Ellerslie last start cemented his trip across the Tasman. “I was a little bit disappointed in the Flying Handicap that he didn’t get past the leader (The Bandito), but he probably needs a mile to 1800m,” Bergerson said. “I thought his run in the Easter was okay, he fought on well and I was happy enough with the run. He has done well since, so we decided to put him on a plane and have a crack over here.”

Beefeater’s Queensland campaign will include three starts, culminating in a tilt at the Listed Mumm Open (1800m) at Eagle Farm on June 22. “His main target will be the Mumm Handicap over 1800m at the end of the carnival, as long as he fronts up before that,” Bergerson said. While pleased with his charge heading into Saturday, Bergerson said the quality of nominations for the race took him by surprise. “He worked really well this (Tuesday) morning, so I am pretty happy with him. He is eating up and drinking well. “I’m pleased with him heading into Saturday, but I didn’t think the field would be so strong. There are good nominations, so we will see who pays up.”