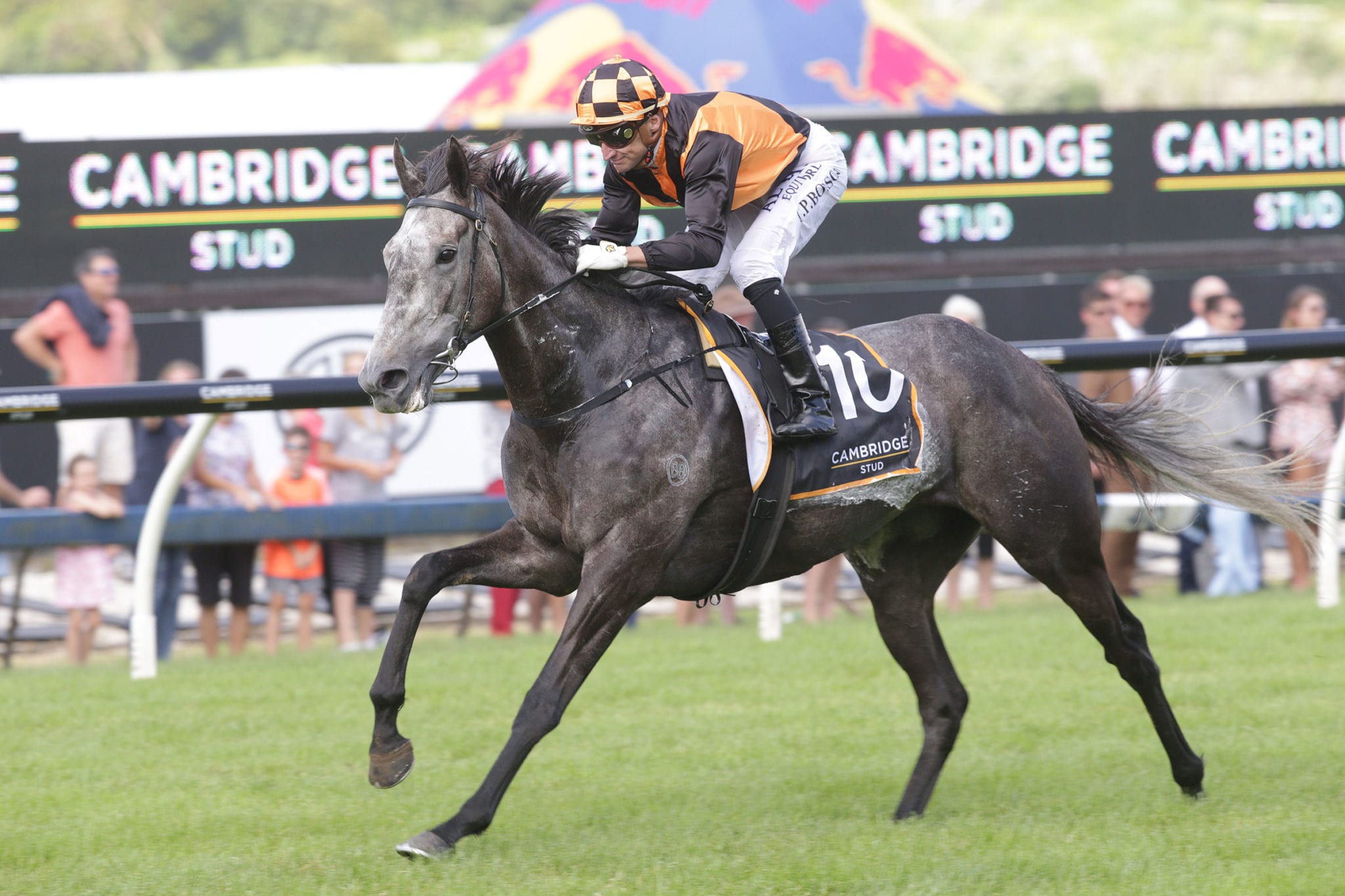 Part-owner Kylie Bax admitted she was left a little teary-eyed after shouting the house down for her gallant grey mare Danzdanzdance who produced a gritty effort to take third in the Group 1 Coolmore Legacy Stakes (1600m) at Randwick on Saturday.

The Chris Waller-trained five-year-old loomed into contention shortly after turning for home but found the testing Heavy8 track surface a little too tough in the concluding stages after looking a winning prospect at the 200m mark. “She just couldn’t quite pick her feet up in the last few hundred metres but she was so brave that we couldn’t have been prouder of her,” Bax said.

“She got one or two places further back after being bullied out of a position but she really muscled up coming to the home bend and bumped a couple out of her way to find a gap which she hasn’t really had to do before. “Her normal style is to be out wider swooping on them but the way the race went it meant she had to be closer in. “I just love her to bits and you treat them a little like your children, so when you see them trying so hard it does get quite emotional.”

A dual Group 1 winner in New Zealand and twice placed at Group 1 level in Australia, Bax and her fellow syndicate members still believe there is plenty more in store for Danzdanzdance next season. “We think she is still not fully matured yet and Chris (Waller) shares that opinion,” Bax said. “This campaign hasn’t always gone to plan but she has looked fantastic and all around her was some very good form. “Her attitude is good and you could see that before the race, to the point where I think she was judged the pick of the yard.

“She’s a Mastercraftsman so we know that they get better as they get older. “We haven’t spoken to Chris yet but it is more than likely she will go out for a break now and then come back for the spring. “The team is pretty keen to see her race for another year.” The uncertainty in race programming over the next twelve months and the potential for limited horse movements between racing jurisdictions is also a factor that Bax and the team are taking into consideration.

“I have said to the owners that there is a real possibility that there could be some weaker fields next season,” she said. “That’s just because of the Coronavirus situation so we would like to give her the extra year which won’t hurt her at all as she loves the stable life. “You just don’t know what is going to happen and we want to keep adding the black type to her record.”

Bax echoes the entire New Zealand racing industry when she says she is missing local racing and can’t wait to get the local scene back up and running. “We have a lot of rising three-year-olds and we just can’t wait to get them back in work and back on the track,” she said. “Racing is part of our culture and something to be excited about. “Racing has a real social aspect to it, which is the most fun part, so we are all ready and waiting to get started again.”