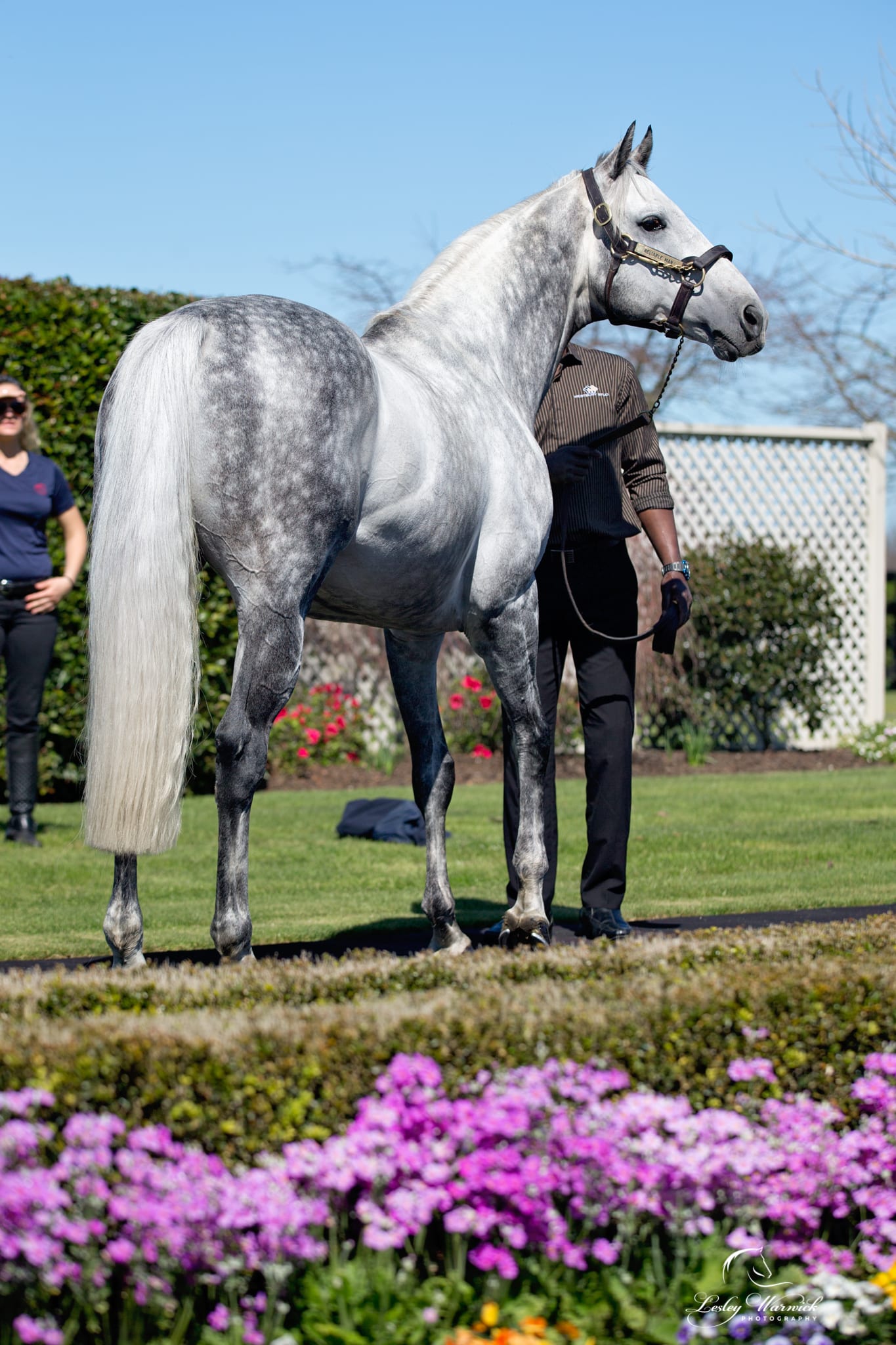 Westbury Stud stallion Reliable Man bolstered his CV on the weekend when his son Kinane took out the Group 3 Frank Packer Plate (2000m) at Randwick on Saturday.

The Chris Waller-trained gelding has now recorded two wins from just four starts and with Saturday’s victory he became his sire’s seventh Group winner and 11th stakes winner. Westbury Stud General Manager Russell Warwick was delighted with the result and is excited about the gelding’s prospects. “He looks pretty smart,” Warwick said. “It’s a big step up to come from a Wyong maiden to a Group 3 through the Championships. He has been a progressive horse all the way through “It was a very good effort and he is a horse with plenty of potential.”

Warwick was also buoyed by the post-race comments of leading Sydney jockey James McDonald. “It was really heartening to have someone like James McDonald get off him and say he possibly gave him the best feel of any horse through the autumn carnival,” Warwick said. “He obviously holds the horse in high regard and that was the first time he sat on him.”

Warwick said Kinane reminds him a lot of his sire and he is looking forward to the spring with him and Reliable Man’s Group 1-winning filly Miami Bound. “You can see a bit of Reliable Man in him the way he extended in the last 300m.

“A lot of them have that turn of foot and now he has got a good three-year-old male and female, with Miami Bound having won the (Victorian) Oaks (Group 1, 2500m) earlier this season. “She is a very good filly. She just jarred up on those hard tracks in the late summer. “I know Danny O’Brien (trainer) thought she came back better than what she was in the spring. Like most of them, they keep improving and she is going to be an exciting prospect in the spring for Reliable Man as well.”

Warwick has been pleased with the performance of Reliable Man’s progeny, particularly in Australia, and said he is looking forward to next season with an exciting crop of rising three- year-olds. “The Australians have been very supportive of the horse (Reliable Man) all the way through. He raced there and they know the stallion and have been very comfortable buying his progeny. “It has been the icing on the cake to be able to see that justified with a VRC Oaks win and now a good horse in the autumn as well. His older horses are still going very well over there as well.

“He is doing exceptionally well in this part of the world. I have maintained in the last 12 months that I thought his best two crops that he has produced, both on pedigree and type, were his three-year-olds and two-year-olds as they stand today, so I think the next 12 months will be extremely exciting.”

Meanwhile, Warwick said the Covid-19 Alert Level 4 restrictions have put a spanner in the works for the South Auckland farm, however, they are working well through it. “It has been frustrating, we have just had to manoeuver things around a little bit,” he said.

“We had 19 yearlings destined to go to the Gold Coast sale in late May-early June and we don’t know if that sale is happening still. They are saying possibly late July. “There is a question mark over whether the borders will be open to be doing that. We have got to start thinking about some alternatives for those horses. “We have a number already destined for the (New Zealand Bloodstock’s) ready-to-run sale. We should have a very strong draft for the ready-to-run sale in November.”

While there will be an inevitable economic impact on the thoroughbred industry as a result of the Covid-19 pandemic, Warwick said it could also be a perfect time to reshape the direction of the industry. “I think there is going to be a significant impact, but my view is that our racing industry and breeding community should be taking this time to use as a catalyst for where we are going in the future,” he said. “We have all been complaining and unhappy with the results and structure of New Zealand racing over the last four or five years and now there is an opportunity where we can take a clean sheet of paper and be looking at what the future holds for us.”