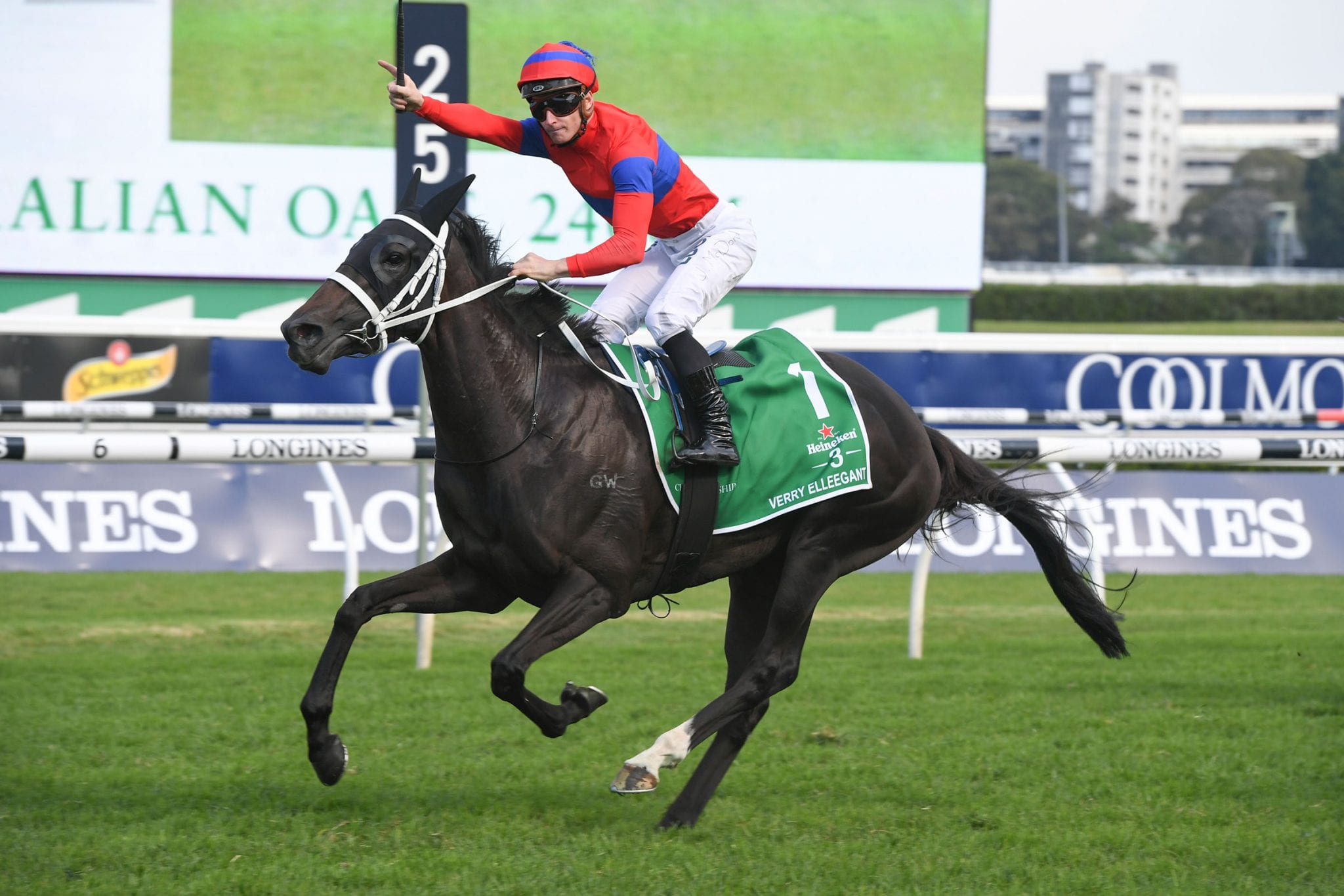 South Auckland trainer Nicholas Bishara had every confidence that his former stable star Verry Elleegant would get better with time and he believes her five-year-old season will be her best yet. While the daughter of Zed has already recorded three Group 1 victories, she has shown signs of immaturity throughout her career and her former trainer and part-owner said he was buoyed to see her trial kindly over 1000m to finish fourth in her trial at Rosehill on Tuesday morning.

“I thought it was terrific,” Bishara said of the Chris Waller-trained mare. “She got in a good position and just went to the line under a hold. “We always said that she was a bit immature and a bit busy as a younger horse, and Chris Waller and James McDonald (jockey) have done a terrific job with her. “All the reports out of Sydney are that she has come up absolutely amazing this prep, as we thought she would as she got older.

Verry Elleegant will now head to the Group 1 Winx Stakes (1400m) at Randwick later this month before a likely trip south to contest Melbourne Spring features. “I don’t know if she will be competitive in a Winx Stakes, but on that trial she might be,” Waller said. “Chris indicated last week that he would like to put her in the Cox Plate (Group 1, 2040m). I would rather see her in a Caulfield (Group 1, 2400m) and Melbourne Cup (Group 1, 3200m) because I don’t think you will get another chance at the weights. But who is going to argue with Chris Waller?”

While Bishara will be keeping a close watch on Verry Elleegant’s first-up run in the Winx Stakes, he will be hoping to send off her full-brother in winning fashion on the other side of the Tasman. “On the day of the Winx Stakes I will have Verry Flash, her full-brother, going around at Matamata in the 2000m race,” he said.

“It will be nice if Flash can win, he did the job for us on Saturday (winning over 1600m at Matamata). I was very proud of him. It was under a strong and beautiful ride from Jonathan Riddell. That’s the true Very Flash. “His future lies in Australia. This will probably be his last prep here. We have nominated him for the Livamol (Group 1, 2040m) just in case they get a wet track at the last day at Hastings.”

Bishara has been happy with how the remainder of his team has been going and he is looking forward to lining up a handful of runners at Te Rapa on Saturday. “The team is going pretty good. I have got four nice chances in on Saturday,” he said. “Cherry Lane is low flying, her work has been enormous. Rising Renown is a beautiful horse on the way up. Blew By You has improved lengths, and Ihu is in a purple patch of form, which got franked the other day.”