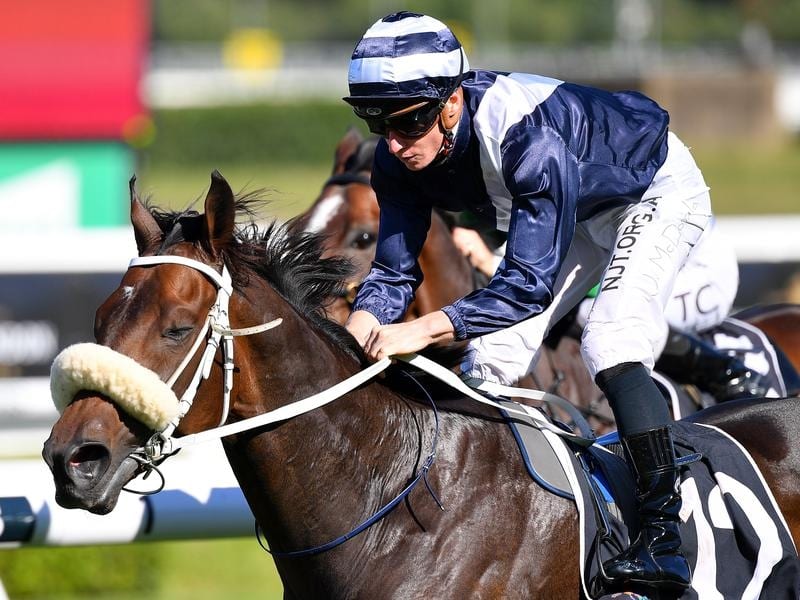 Michael Kent’s judgment about Kinane’s ability has been vindicated and fellow trainer Chris Waller is the beneficiary with the three-year-old an impressive Group Three winner at Randwick.

Victorian handler Kent had planned an extended break from training to travel overseas and dispersed his horses to various trainers with Kinane ending up with Waller in Sydney.

Kent’s working holiday has been scuppered by the global coronavirus pandemic but he kept a share in Kinane, winner of Saturday’s Frank Packer Plate (2000m) at Randwick.

“He was going away for a break and he said ‘I’ve got a nice horse, it will suit your style and look after him, we think he’s a decent horse’.

“He said, the Derby will come up a bit quick for him but maybe a race like the Frank Packer Plate will suit. That was about three months ago.

“He is obviously a very smart horseman and he knows his stock very well.”

Australian Derby winner Quick Thinker ($4.40 fav) found the race one too many and finished fifth.

Waller said he would look at the logistics regarding crossing state borders with Kinane but with the Queensland Derby among Brisbane races to have been abandoned, Adelaide could be an option.

“Normally he would go to Queensland for the Derby so we can either look at a Group race up there or we can go down to Adelaide and have a run in the South Australian Derby in about three weeks or he can go for a spell,” he said.

McDonald was effusive about Kinane who broke his maiden at Wyong at his third start three weeks ago.

“He gives you an excellent feel, but probably almost close to the feel of the carnival for mine, he was pretty special today,” he said.

“He’s just very new and how he executes his craft, once he got out he had many lengths to make up and he did it effortlessly, very special horse.”

“It’s nice to tick off that Group box and now he can forward onto bigger and better things.

“As a four-year-old I think you’ll see a very special horse.”

Waller said he hoped Kent would leave Kinane with him in Sydney.

“When you get the phone call from another trainer it is quite a special moment to be recognised by others and he is obviously a trainer who knows what a good horse is,” he said.

“I hope he stays away through all of this coronavirus and leaves him with me for a bit longer yet.

“We didn’t discuss it. He just said to look after him, he’s a nice horse with a bright future. Treat him as if he is your own.

“When you get those instructions, you certainly do what you can to make sure you’re winning races but looking after the horse as well.”