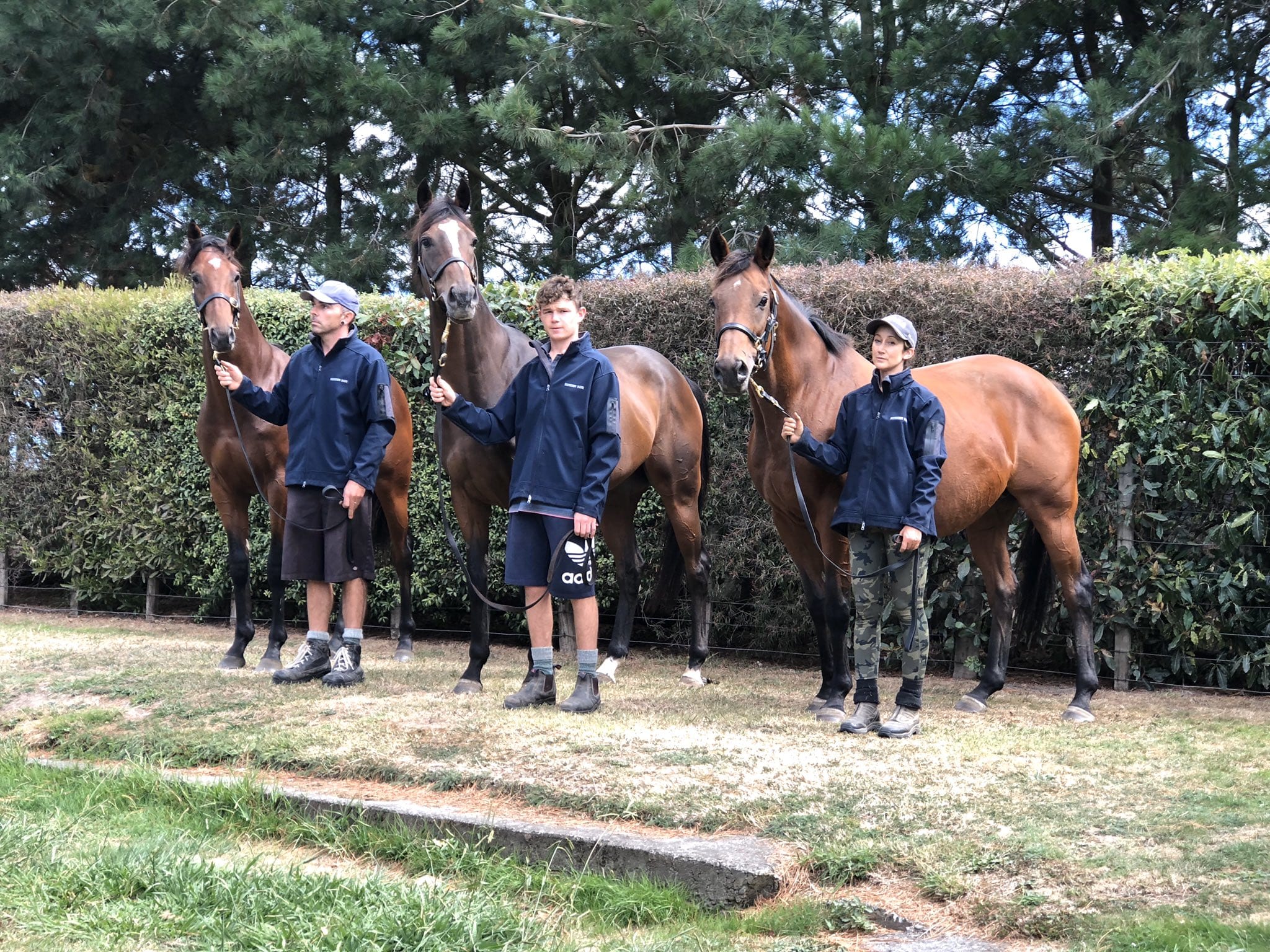 Race favourite Toffee Tongue had plenty of international supporters during the running of Saturday’s Group 1 Australasian Oaks (2000m), none more so than thoroughbred enthusiast Edmund Wong, who was cheering hard from his home in Hong Kong as the daughter of Tavistock claimed her maiden victory in the blue riband event .

The Chris Waller-trained three-year-old filly is the latest stakes winner for blue hen broodmare Bagalollies, who was recently purchased by Wong in a private sale after plans to send her to the Gold Coast National Broodmare Sale were cancelled due to the Covid-19 pandemic.

The Hong Kong Jockey Club member has been a fan of the New Zealand-bred thoroughbred product since attending the 2018 National Yearling Sale at Karaka as part of a tour organised by the Jockey Club’s well-named The Racing Club operation.

Wong obtained his first yearling at that sale with the $170,000 purchase of Lot 471, a Smart Missile colt from the Koru Thoroughbreds draft. “In January 2018, I went on the Karaka Yearling Sales Tour which was organised by The Racing Club,” Wong said. “I purchased my first yearling at the sale and he is now in training with David and Ben Hayes and Tom Dabernig at their Lindsay Park operation in Victoria. “He had a beautiful trial in late January this year with the comments from Mr Hayes being very positive – definitely good enough for Hong Kong racing which I am hopeful for when I obtain my first private ownership permit.”

Wong had definitely caught the bug after his first Karaka experience, as a year later he commenced involvement with New Zealand’s leading thoroughbred syndicator, David Ellis and his Te Akau Racing operation. “In 2019, I started the relationship with the principal of Te Akau Racing, Mr David Ellis,” he said. “I have five yearlings in training with Te Akau now and have joined the Te Akau 2019 European Breeding Syndicate & Te Akau 2019 Stallion Syndicate.”

With the success in Hong Kong of New Zealand-bred individuals such as dual Horse of the Year Beauty Generation and multiple Group 1 winner Werther, Wong decided his next step would be to purchase a broodmare and get involved in the breeding side of the thoroughbred industry.

He approached Highden Park operator’s Sam and Libby Bleakely to make an offer for Zabeel mare, Bagalollies, who is the dam of Werther and stakes performers Gobstopper, Milseain and now Toffee Tongue. “I am a great fan of Werther and I knew Highden Park well because of the success of Beauty Generation and Ping Hai Star (both bred and raised at the Palmerston North nursery),” Wong said. “So, when I knew Bagalollies was looking for a new owner, I just couldn’t miss that chance. “Bagalollies is my first broodmare so now I have to decide on her future (matings) which I will do after the discussion with Libby, David (Ellis) and my New Zealand trainer Jamie Richards.”

In the meantime, Wong has taken a keen interest in the performances of Toffee Tongue and admitted he was feeling pretty excited after Saturday’s result that adds further lustre to Bagalollies’ future progeny. “I have kept my eye closely on Toffee Tongue after my purchase of her dam,” he said. “I watched the race live yesterday (Saturday) and it was just amazing. “The first thing I did was text Libby immediately afterwards to share my happiness.”