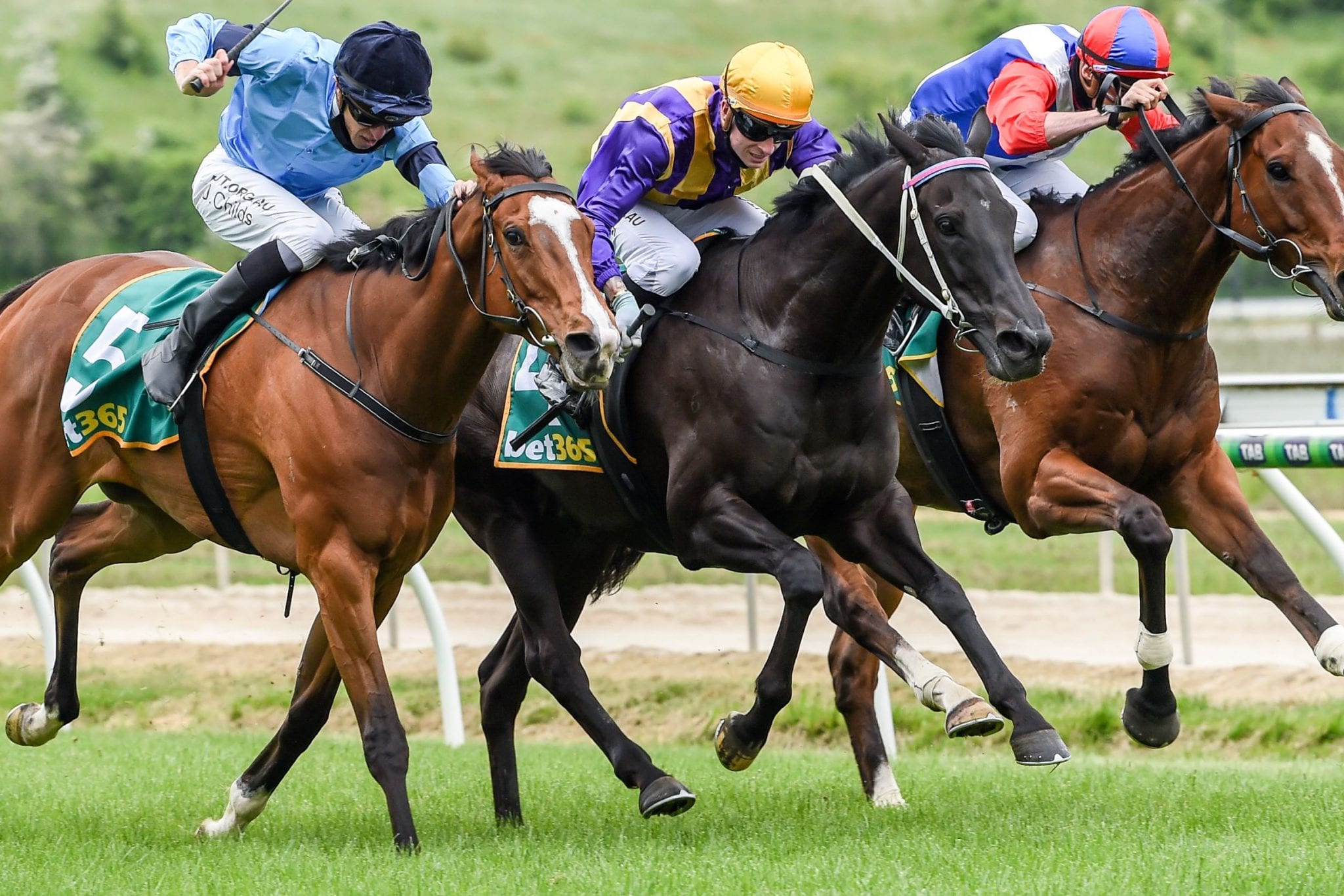 Former Kiwi Mongolian Marshal took out Wednesday’s Kyneton Cup (2000m), with a hard-fought victory over Bartholomeu Dias and connections now have eyes for an even more lucrative country cup.

The Stuart Gower-trained gelding entered a battle with $2.90 chance Bartholomeu Dias and Double You Tee, with the three pulling clear on the turn. Mongolian Marshal fought off both their challenges to win by a short head, with Double You Tee finishing a neck behind the winner in third.

It was a first win for the son of High Chaparral since 2018, but he arrived at Kyneton following a promising fourth-placing in the Group 3 Coongy Cup (2000m) last month. “He was pretty gutsy really, he might have hit the front a bit soon but he boxed it out good,” Gower said.

Mongolian Marshal will head back to Gower’s Morphettville stable to prepare for the Ballarat feature on November 21. “We will give him an easy week on the water walker and take him down to the beach,” Gower said. “We don’t have to do a lot with him now. He is pretty fit, in addition to floating backwards and forwards. “He will come home because we have worked him out and I think he is better off being back in Adelaide.”

Raced in New Zealand by Inner Mongolia Rider Horse, Mongolian Marshal was originally trained by Murray Baker and Andrew Forsman, for whom he won the Group 3 Waikato Cup (2400m).

He was sold privately earlier this year to clients of Gower’s and has advanced his record to six wins for $350,000 in prizemoney. Sold by Cambridge Stud as a yearling for $220,000 at Karaka, Mongolian Marshal is out the Dehere mare Ardeche.