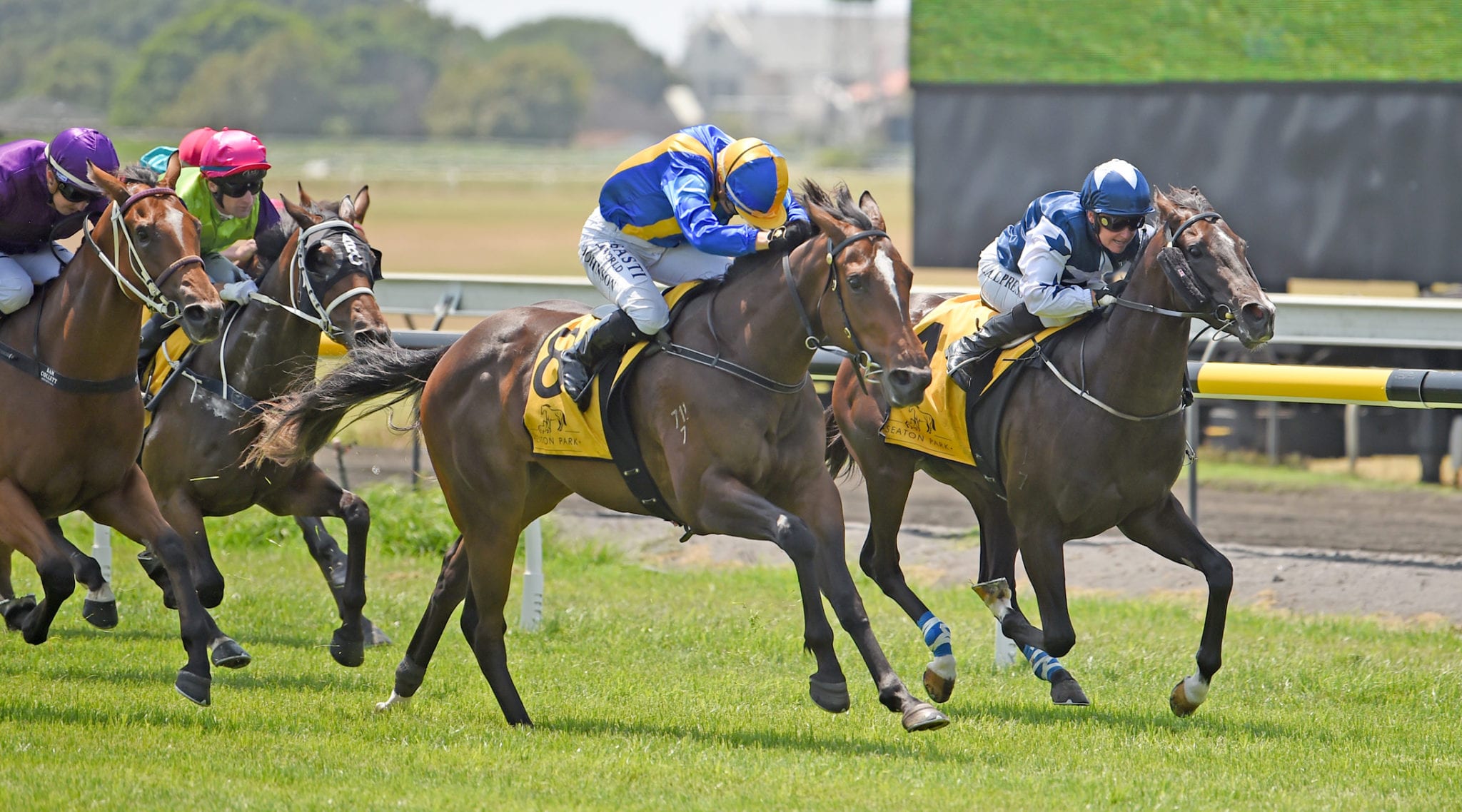 In breaking her maiden status, the Murray Baker and Andrew Forsman-trained two-year-old also provided Novara Park stallion Sweynesse with both his first winner and first at stakes level with her gritty performance.

Well favoured when making her raceday debut back in October, Bonita Aurelia was trapped wide that day and jostled badly in the closing stages before finishing a weakening fifth. She was then late scratched at Te Rapa two weeks later after playing up when entering the starting gates.

Given plenty of time to get over the experience the filly trialled nicely at Matamata in mid-January before lining up for her second start on Saturday. Rider Danielle Johnson gave her a cosy run in midfield throughout before issuing her challenge midway down the home straight.

Piaggio, who took over early in the run home, fought hard but Bonita Aurelia surged near the finish line to grab the lead and record her first win. Co-trainer Murray Baker admitted the stable held the filly in high regard and had been happy to wait to get her back to the races after her first run. “She’s been a promising filly right through although she didn’t line-up in the gates at Waikato,” Baker said. “We’ve had to blindfold her and play around but the funny thing is she might be the quietest horse we’ve got. “We thought she was a big chance today.”

Bonita Aurelia is the third foal of useful racemare Cassie May who was also a winner as a two-year-old. She was a bargain buy for her owners who paid just $500 for her as a weanling at the 2018 Karaka May Sale, with her win adding $43,750 to her prizemoney earnings along with some valuable black type for any future breeding career.

There was also plenty of synergy in the result for race sponsors Woburn Farm who sold the highest priced Sweynesse yearling during the National Sale at Karaka this week when they received $120,000 for a colt from Savont, the dam of the promising Vigor Winner, on the second day of the Book 1 session.