Ayrton’s success generations in the making 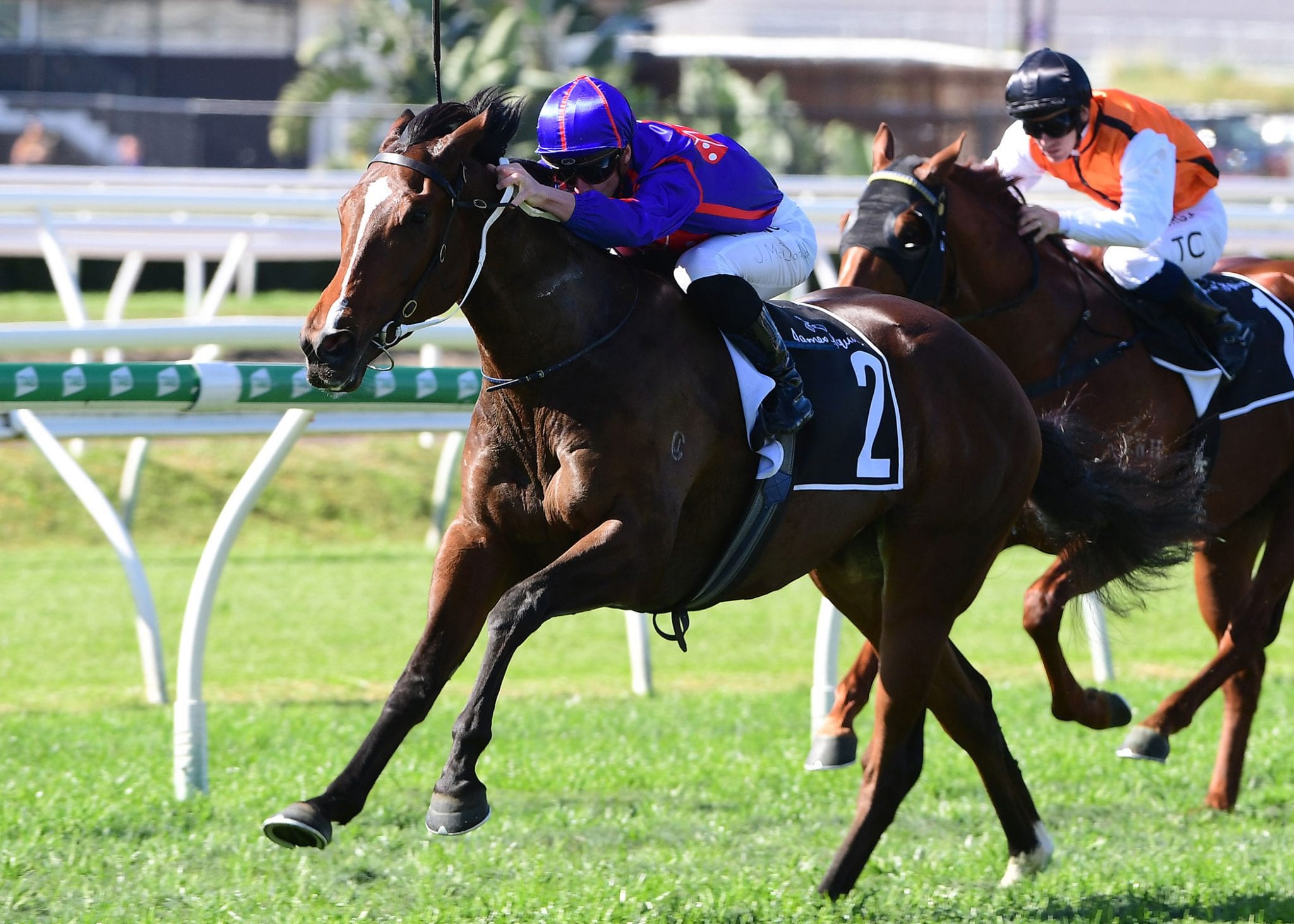 Three decades of work is paying off for New Zealand breeder Greg McCarthy with the emergence of the exciting three-year-old Ayrton.

The gelding bounced back from his first defeat two weeks ago when stepped up to a mile in the Group 3 Gunsynd Classic (1600m) at Eagle Farm on Saturday, racing away to score his first black-type success by 2.75 lengths.

It was his fourth win from five starts, and his Australian trainers Mick Price and Michael Kent Jnr. are now planning a spring campaign that could culminate in the AU$7.5m Golden Eagle (1500m) in Sydney.

Ayrton’s granddam is Sabbatical, whose four wins on the track included the Listed Canterbury Stakes (1200m) for McCarthy in 1993.

“I had a year off work and worked at Chequers Stud, and while I was there I bought this filly off the stud owner Jim Campin,” McCarthy said.

“That time at Chequers I saw as my sabbatical, hence the name.”

Sabbatical proved to be a tricky breeder for the Cambridge accountant. Frequently she was difficult to get in foal when she had a foal at foot, and she only once had progeny in consecutive years.

But she did produce Monterey Bay, a winner of the Group 3 Eulogy Stakes (1600m) and fourth in the 2002 Group 1 New Zealand Oaks (2400m). Her final foal was Ayrton’s dam, the unraced Falkirk mare Odessa.

McCarthy didn’t have much better luck with Odessa. She died in 2019 at the age of 10, two years after producing Ayrton.

“Her first foal was an Iffraaj colt called Liberation Lad, and he was such a nice type that we decided to go to Iffraaj again in 2016,” McCarthy recalled.

“Liberation Lad ended up winning a couple in the bush in Australia, but Ayrton was an even nicer type.

“He was a good foal who slotted into the system well, but it wasn’t until we galloped him for the first time that we thought he could be very good. He covered a lot of ground with his stride.”

Ayrton showed his potential with a close second at his only New Zealand trial for trainer Lauren Brennan behind subsequent Group 1 New Zealand 1000 Guineas (1600m) placegetter Cornflower Blue before bloodstock agent Phill Cataldo arranged his sale to clients of Price and Kent, one which allowed McCarthy to retain a share.

McCarthy missed Ayrton’s first two starts because of COVID-19 restrictions but made it to Brisbane for his fourth race, his upset defeat in the Group 3 Fred Best Classic (1400m) on May 29, and he was back there again on Saturday for the Gunsynd Classic.

“It was a huge thrill to watch him win on Saturday. He’s potentially the best horse I’ve bred, and the culmination of 30 years of effort with the family.”

McCarthy doesn’t have any fillies out of Odessa remaining, but he still has other granddaughters of Sabbatical that he breeds from, so the family link won’t be severed for a while yet.

The family includes Francesca, a three-year-old filly by Iffraaj out of a granddaughter of Sabbatical named Matagouri. She has won three of her six starts, the most recent of them at Te Rapa on May 22, for trainers Murray Baker and Andrew Forsman.

Ayrton has now headed for a break with the lightly-raced rising four-year-old likely to have two or three runs prior to the Golden Eagle at Rosehill on October 30.

The race is restricted to horses four years of age, meaning the Kiwi import can dodge the likes of Verry Elleegant, Zaaki and the majority of overseas raiders.