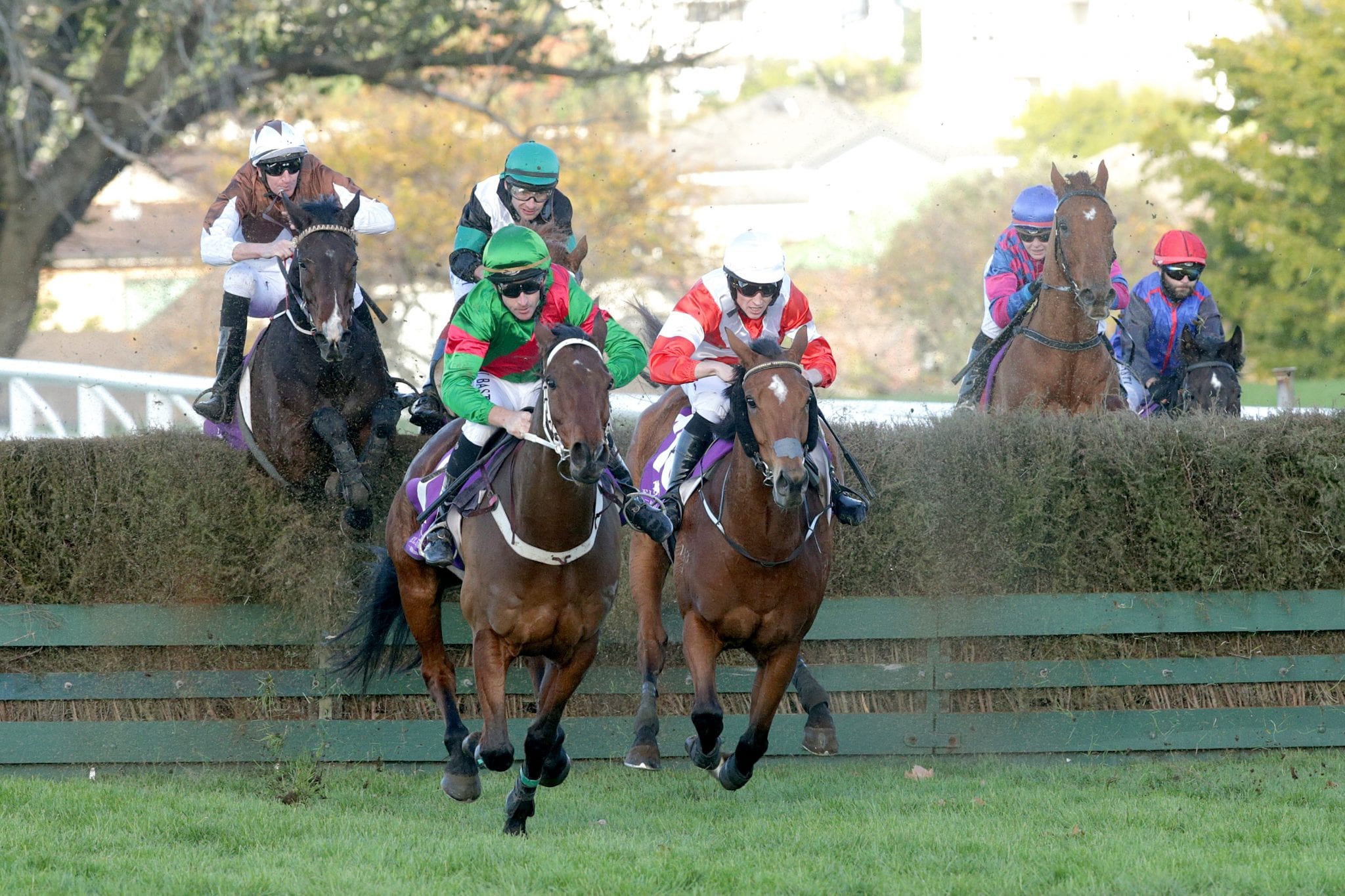 Wanganui conditioner Raymond Connors will take a five-strong team to Awapuni on Thursday and the future paths for a number of his runners will be dictated by their performance at the Palmerston North track. Talented jumper Max will contest the LJ Hooker Hurdle (2750m) in preparation for a likely tilt at the Civil & Landfill Construction LTD Pakuranga Hunt Cup (4900m) at Ellerslie next month.

The nine-year-old son of Gallant Guru has been in fine form of late, winning the McGregor Grant Steeplechase (4150m) at Ellerslie last month, followed by a pleasing runner-up performance behind Gallante in the Awapuni Hurdles (2900m). “I was really pleased with him,” Connors said. “It wasn’t planned to go to the hurdles last time, but we decided to when there weren’t many in the field. “He is probably more of a steeplechaser really, it’s (the hurdles) just keeping him fit.”

Connors is confident with his charge heading into Thursday and believes he should be able to account for his four other competitors in the small field. “It’s not a big field, so he is definitely a good chance,” he said. “He’s definitely fit enough and should run well.”

One of his competitors on Thursday will be stablemate Mesmerize, who is being tested ahead of a potential trip south to Riccarton next weekend. Mesmerize was victorious in a maiden hurdle at Awapuni last month, but disappointed when tailing the field home in open grade at Te Aroha earlier this month and Connors believes his future could be over the bigger fences. “He goes well at Palmerston North, he won there last time,” Connors said. “He was a little bit disappointing last start going up to open grade, whether he’s not up to them, he’s more of a steeplechaser I think. “We hope to take him down south for a maiden chase next Saturday.”

Awapuni will also be a testing ground for reigning New Zealand Champion Jumper Wise Men Say. The nine-year-old gelding hasn’t showed the same fire as he did last year and Connors said his performance in the Cody Singer Memorial Steeplechase (4000m) will dictate his immediate future. “I was a tad bit disappointed (with him finishing fifth in the Wellington Steeplechase last start),” Connors said. “He didn’t go as well as I had hoped. “If he races well tomorrow we will hopefully go down to the (Grand) National (Steeplechase, 5600m). “He has taken a couple more starts to get back, but I would like to see an improved run tomorrow to give him a bit of confidence and see whether it is worth going down south with him. “Otherwise we will just keep going with him and try and get him to Ellerslie again.”

Connors will line-up two other runners at Awapuni and he believes Kion is a solid chance in the Café Cuba 2100, while Magic Ivan will need plenty of luck in the Unreal Grass & The BNI Heartland Legends 2100. “Magic Ivan has been a bit disappointing this time in, but in an amateur race he gets his chance and a bit more ground might help him,” he said. “It’s hard to be confident with him the way he has been going. “Kion has been knocking on the door. If he goes as good as he has been, he won’t be far away.”