Connors out to complete Ellerslie set 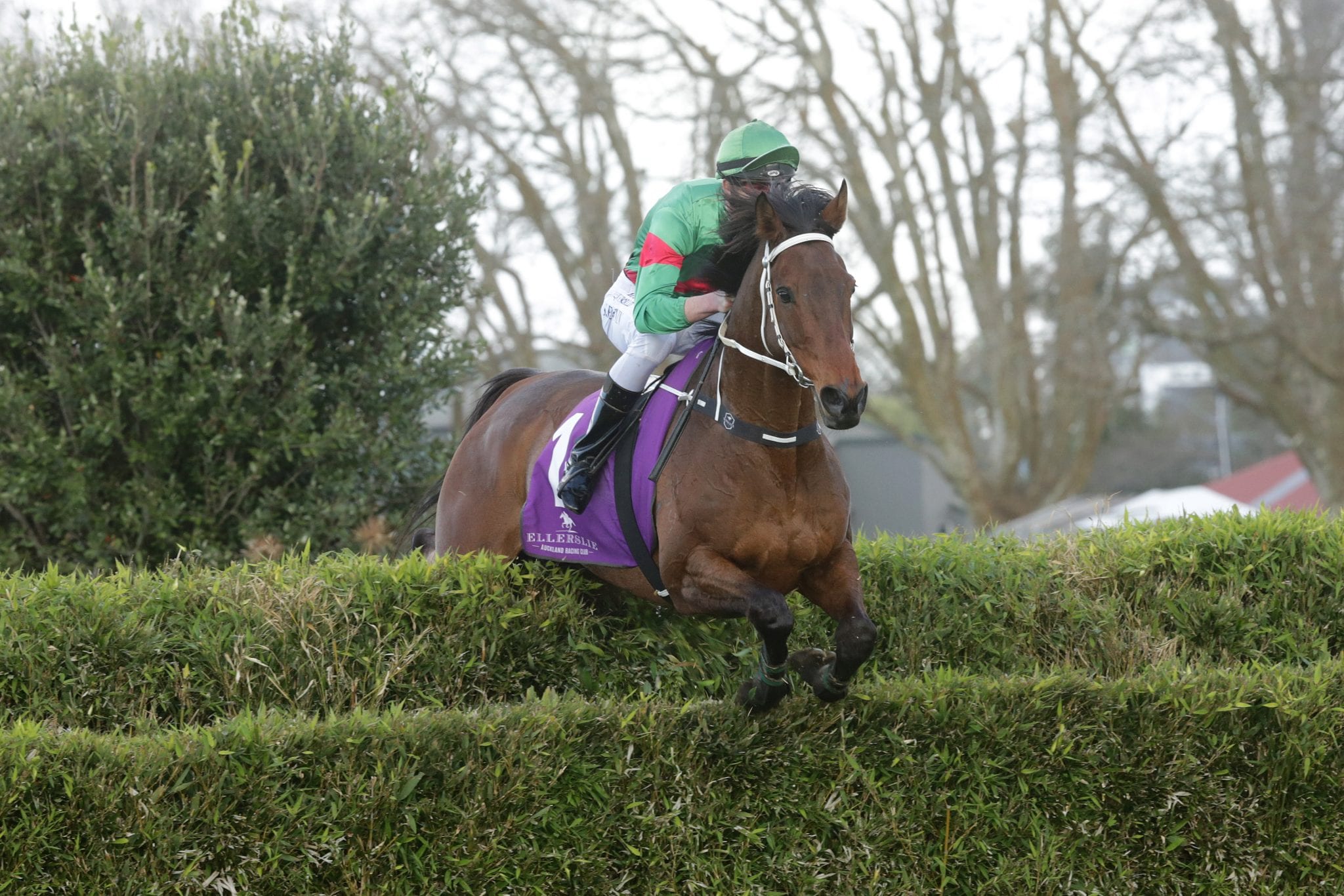 Wise Men Say loves the Ellerslie Hill and trainer and part-owner Raymond Connors is hoping the seasoned jumper will once again thrive on the Auckland track on Sunday. The 11-year-old gelding will be vying to complete the set of Ellerslie Steeplechase features when he contests the CLC Pakuranga Hunt Cup (4900m).

The son of Yamanin Vital almost pulled off the feat in 2017 when he won the McGregor Grant Steeplechase and Great Northern Steeplechase (6400m), but his party was spoiled when beaten into second in the Pakuranga Hunt Cup by Amanood Lad.

He continued his good association with the track last year when winning his second Great Northern Steeplechase (6400m) and Connors said much of his success has come down to his outstanding stamina. “The hill is a big help, he is not a fast horse but the further the better,” Connors said.

Wise Men Say pleased Connors with his last-start placing at Ellerslie and his only concern heading into this weekend is the Dead5 track conditions, with fine weather forecast ahead of Sunday. “I was reasonably happy with his last start, he did as much as expected. A bit further distance will help on Sunday,” Connors said. “He seems well, so I am hoping he will run well. The big query is the good track, but the distance will suit him anyway.”

While he is hoping to complete the big three at Ellerslie on Sunday, Connors is looking forward to returning to the Auckland track and attempting to win a third Great Northern Steeplechase with his charge. “The Great Northern is a race that will suit him the best. He’s got a great record in the race,” he said.

Wise Men Say will be joined on his float trip north by stablemates Kion, Mesmerize, and Our Cuzzie. Kion will line-up in the Pakuranga Hunt Landowners Hurdle (2760m) and Connors holds reserved expectations with the eight-year-old after a series of minor placings. “Kion is battling a bit,” he said. “He is running okay without threatening to win. I am not overly confident with him.”

Connors is a bit more bullish about Mesmerize’s chances in The Patron’s Steeplechase (4150m) after his runner-up effort at Ellerslie last month. “Mesmerize went a good race up there (Auckland) last time so he should run well again, he shouldn’t be far away,” Connors said.

Consistent galloper Our Cuzzie hasn’t put a foot wrong so far on raceday, placing in three of his four starts, however, the track surface remains an unknown for the son of Ekraar. “Our Cuzzie has been running good races but it will be interesting to see how he handles a good track,” Connors said. “He is an honest horse and will win a race one day, but whether it is Sunday I don’t know.”