Avantage goes back to back in Telegraph 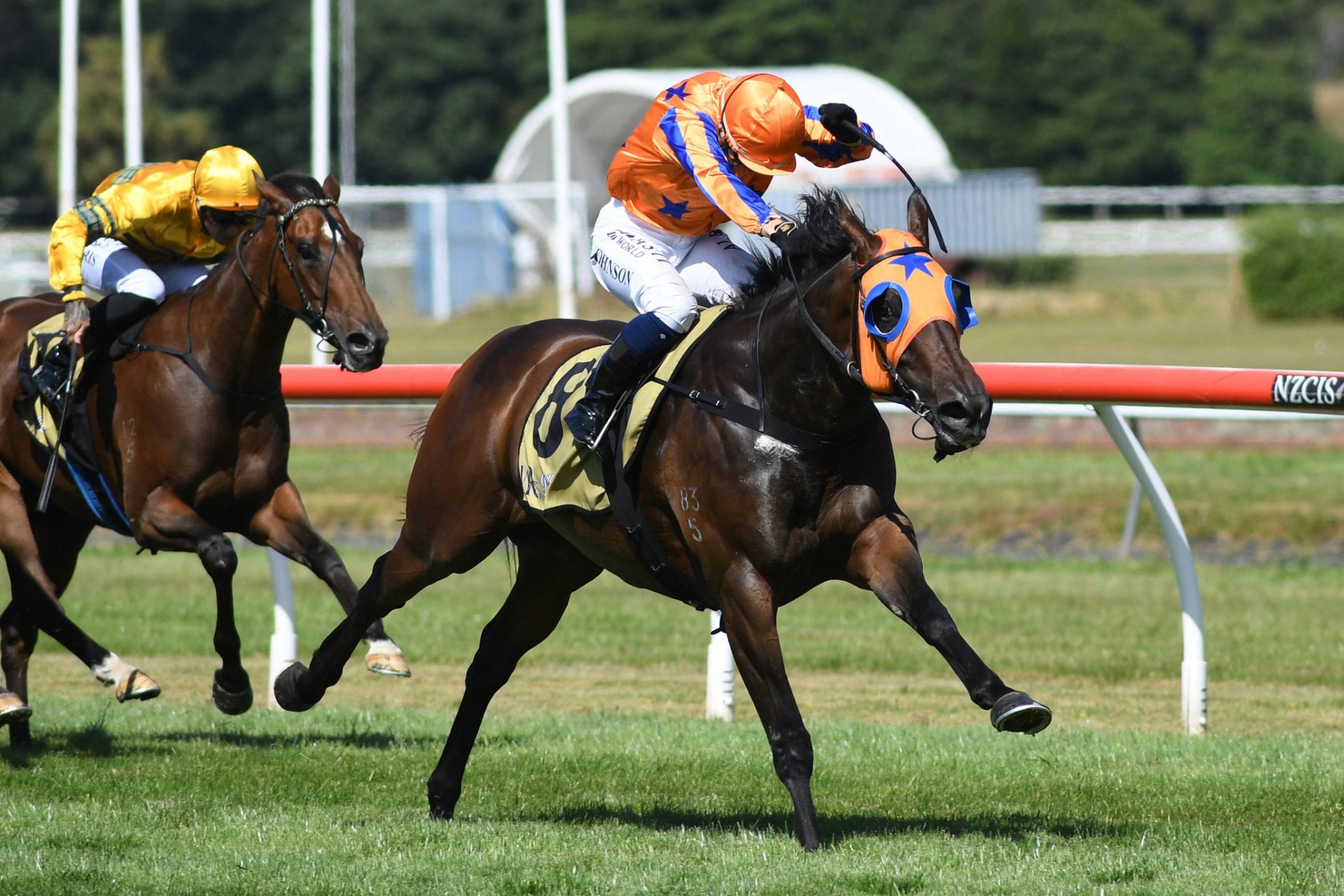 Class prevailed at Trentham on Saturday when versatile mare Avantage was at her very best in taking out the Group 1 JR & N Berkett Telegraph (1200m) for the second year in succession. The Jamie Richards-trained five-year-old had scored fresh-up in the Group 1 Sistema Railway (1200m) at Ellerslie on New Year’s Day to take her Group 1 winning tally to five and added a sixth as she defended the title she captured in 2020 with another superb performance.

Leading rider Danielle Johnson was smarting after a narrow defeat on pin-up colt Brando, who finished a neck in arrears of quality filly Bonham in the Group 1 Levin Classic (1600m) earlier in the day and was determined to redeem herself on the Fastnet Rock mare.

A good beginning from an outside barrier saw Avantage placed handily with cover in midfield before being angled into the centre of the track by Johnson to make her final claim. Unleashed at the 200m she powered past Mascarpone and Tavi Mac to take control of the contest, running out a comfortable two-length winner from last year’s third placegetter Spring Heat and stablemate Burgundy Belle, who finished well for third.

Johnson, who would go on to finish with four winners on the card, has partnered Avantage to three of her Group 1 victories. “She’s just a pleasure to ride and words can’t really describe how exciting it is to get on her and win Group 1s,” Johnson said.

“Everything seemed to work out well as we were three-wide but with cover. “I knew what I had underneath me, but I wanted her to keep running to the line, so dinner was a bit easier after getting beaten on Brando. “1200m, 1400m, a mile or 2000m doesn’t matter to her as she just keeps winning and it’s a pleasure to be associated with her.”

Richards echoed those sentiments when questioned after the race. “She’s a great mare and has done us all proud as that was pretty special,” he said. “It was a ten out of ten ride as well. “She will go to Te Rapa in a month now (Group 1 BCD Group Sprint, 1400m) but she has got time for a quiet week after this.

“She’s done a fantastic job for us and I would like to give her a chance to put a Group 1 in Australia on the board. “I think she deserves the opportunity, so we’ll have to sit down and make a plan on how we get there. “She can be a bit difficult behind the scenes and on raceday, but when we first saw her at the sales, we thought she might just be a two-year-old.

“She’s now justified everybody’s faith in her and has done a wonderful job. “The best thing about her is her constitution and her willingness to be a racehorse.”

Purchased by David Ellis CNZM for $210,000 from The Oaks Stud draft during the premier session at Karaka 2017, Avantage has now won thirteen of her 23 starts, with ten of those at stakes level including her six Group 1s.

Bred by Willie and Karen Calder from Bluff, Avantage already boasts an Australian Group 3 victory and a Group 2 placing from a brief campaign at three. One of 40 individual Group 1 winners for prolific sire Fastnet Rock, Avantage has won more Group Ones than any other son or daughter of the great stallion.