Avantage all class in Railway victory 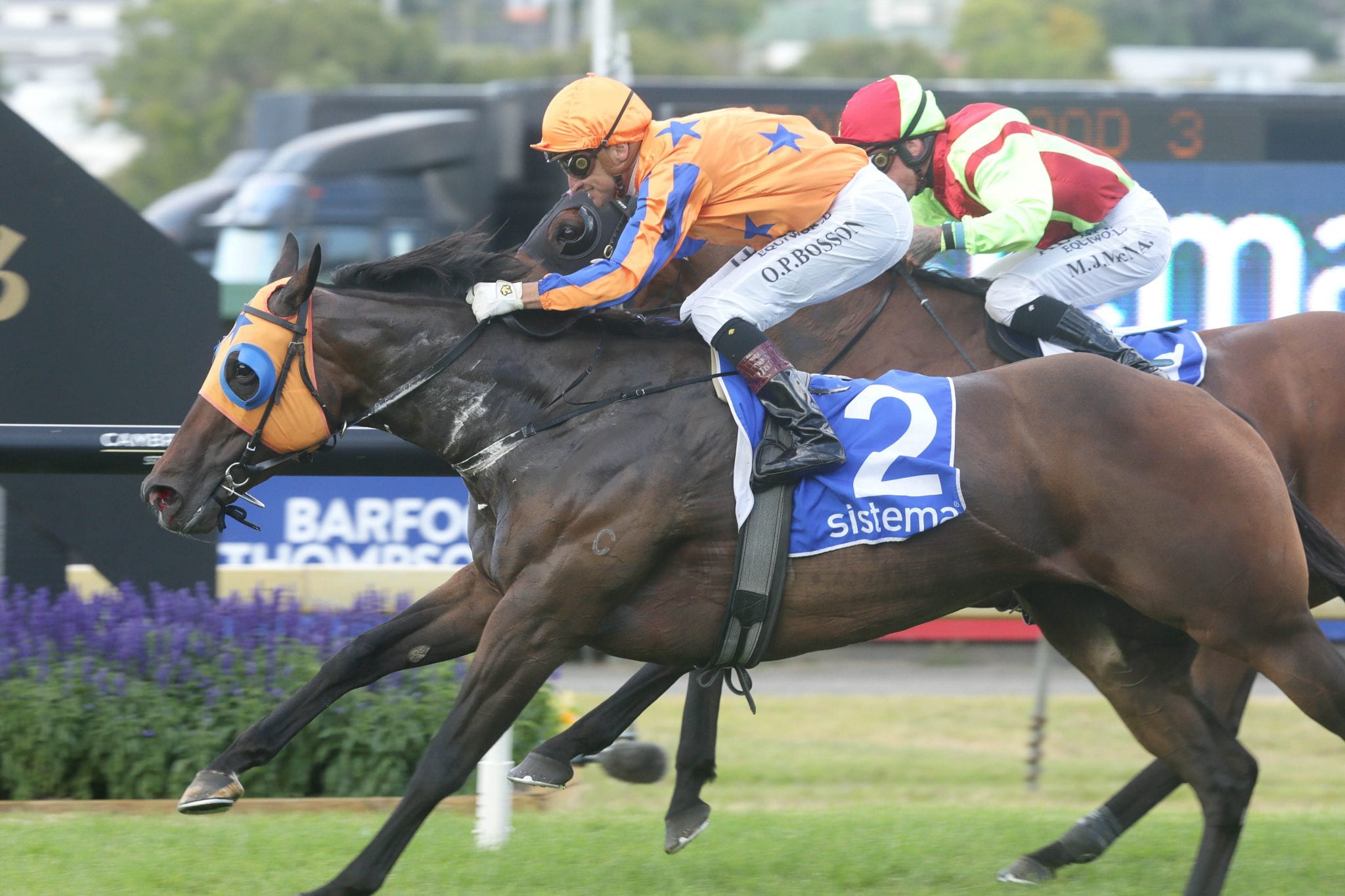 The Group 1 Sistema Railway (1200m) was the pinnacle event on a day awash with black type features at Ellerslie on Friday and it more than lived up to its billing as the heavyweights of New Zealand sprinting took their shot at Group 1 glory.

When the dust settled it was the red-hot team of Jamie Richards and Opie Bosson who combined with exceptional mare Avantage to take the spoils with a quality performance befitting the status of the race.

Up against a field that contained last year’s winner in Julius, former juvenile Group 1 star Summer Passage and the new kid on the block in Levante amongst others, Avantage showed why she is at the top of the tree in New Zealand, courtesy of a ten out of ten ride from Bosson.

Bosson made use of an inside barrier draw to have Avantage situated nicely in the trail as Julius set up a sold tempo in front, before easing the speed mid-race. That played into Bosson’s hands as he angled Avantage into the clear rounding the bend as co-favourite Levante struggled to pick up ground from an awkward position at the tail of the field.

Bosson drove the five-year-old to the front at the 200m and held out a brave Julius, who battled back against the rail, to secure her fifth Group 1 crown in New Zealand with Levante storming home out wide to take third in her first attempt at the elite level.

“It’s a special moment in what has been a great carnival for us,” trainer Jamie Richards said. “Opie hasn’t had the greatest of days, so for him to pull out a peach of a ride like that and get the job done shows they are both a couple of champions. “I can’t do it on my own and I have a wonderful team behind me, I have David (Ellis) buying them and Dave and Karyn (Fenton Ellis) syndicating them, so it’s a great recipe for success.”

Richards has another Group 1 feature in mind for Avantage as she looks to defend her title in the Group 1 JR & N Berkett Telegraph (1200m) at Trentham in a fortnight. “The logical step for her is the Telegraph,” he said. “That was what we did last year after running in the Hallmark (Listed, 1200m) here and then back to Te Rapa for the BCD Sprint (Group 1, 1400m).

“She has a great constitution and we put a lot of thought and effort into this one after she had her run at 2000m. “You have to have the horse to do it though and luckily we have.”

Bosson, who copped a lengthy suspension (January 3 to January 28) for a pair of indiscretions earlier in the day, paid tribute to his mount. “It’s been a tough day so I’m pleased I could get that win on her,” Bosson said. “We got a soft run and I knew she was class and a real trier as well, as she gives 100 (percent) every time she goes out there. “I knew Levante had run into a bit of traffic, so I was happy to put my mare in a handy spot and she did the rest.”

The win capped another successful day for Richards who had earlier taken out the Group 2 Barneswood Farm Eclipse Stakes (1200m) with Imperatriz and the Group 3 SKYCITY City of Auckland Cup (2400m) with Savy Yong Blonk to make it six black type wins from the ten on offer over the two-day Ellerslie carnival.

Purchased by Te Akau boss David Ellis (CNZM) for $210,000 from the Oaks Stud draft at the 2017 Premier Yearling Sale, Avantage has now won twelve of her 22 starts and over $1.66m in prizemoney.