History making day in the offing for Te Akau 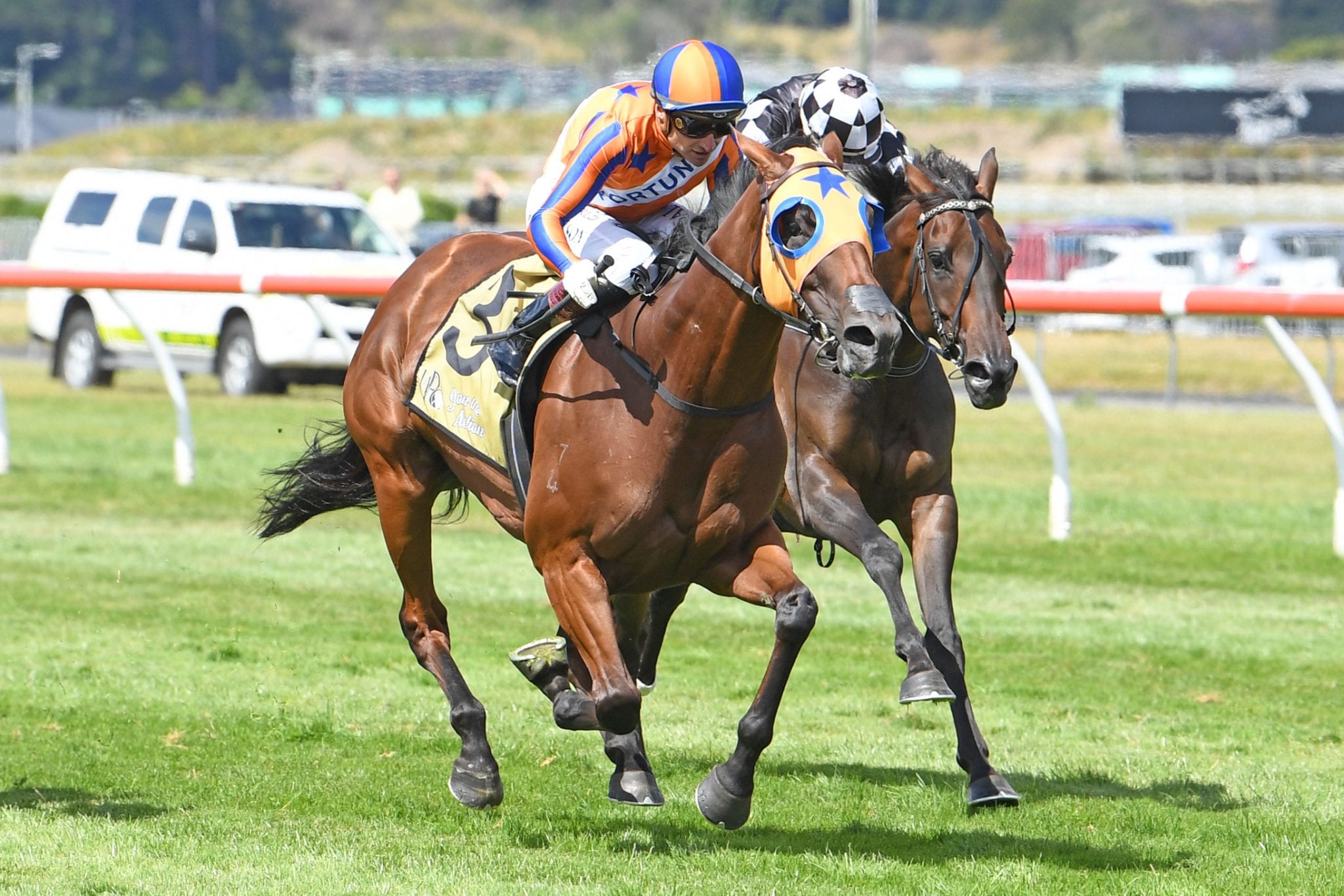 Champion trainer Jamie Richards is hoping he will witness history being made at Te Rapa on Saturday when Melody Belle contests the Group 1 Herbie Dyke Stakes (2000m).

New Zealand’s darling of the turf equalled Sunline’s record of 13 Group One wins when victorious in the Thorndon Mile (1600m) at Trentham last start, and she can stand out alone if she takes out Saturday’s feature.

Richards has been pleased with her progress since that run and he believes she is ideally suited to Saturday’s 2000m trip.

“I think she has gone the right way,” he said. “It was important that we had her forward enough to run well and also handle the travel to Wellington.

“She hasn’t missed a beat since she has been home. She has done some nice work and I am really happy with where she is at for the weekend.

“I think it is her pet trip now. In all of her track work and all of her races she always runs around the corner and takes a long time to pull up, indicating that she wants to go a bit further.

“Her 2000m record is very strong and if she is able to find her Australian form from the spring, where she was so good in a Mackinnon (Group 1, 2000m), that should have her being competitive on Saturday.”

Richards will also be vying to extend Avantage’s Group One tally when she contests the BCD Group Sprint (1400m).

The five-year-old mare was victorious in the Group 1 Railway (1200m) and Group 1 Telegraph (1200m) last month and Richards is looking forward to tackling a quality line-up on Saturday, which includes exciting four-year-old Levante, who was eye-catching when running home late to win the Group 2 Westbury Classic (1400m) on Karaka Million night.

“It is a good rendition of the race with proven horses and up and coming horses. It is going to be a good challenge for her,” he said.

“Unfortunately, she has drawn the outside (11), which makes things that little bit more tricky. Thankfully we have got Opie (Bosson, jockey), so he will balance that out a bit for us.

“We would be inclined to sneak forward a little bit from out there knowing that Levante will be closing very hard, so we will probably need to pinch a bit of space if we can.

“It is going to be a tactical race, but she has gone the right way. She is exactly where she needs to be.”

While she has six Group One victories to her name in New Zealand, Richards said they would dearly love to snare an elite-level scalp across the Tasman.

“We would like to give her the opportunity to win a Group One in Australia,” he said. “We will just get through Saturday and then make a plan.”

In the following race, Richards is hoping quality three-year-old filly Amarelinha can take out the race sponsored by his employers, the Group 2 David & Karyn Ellis Fillies Classic (2000m).

She will step-up to 2000m for the first time on Saturday, but that holds no concerns for Richards.

“I don’t think it is any problem for her. She is three weeks from the Karaka Mile where she ran such a great race,” he said.

“She has done some nice work and she has got a nice barrier (1), and Danielle (Johnson, jockey) sticks with her.

“She has drawn the right barrier to not have to spend any petrol in the race, which I think the first time over 2000m is a big help.”