Another bumper Saturday for Te Akau 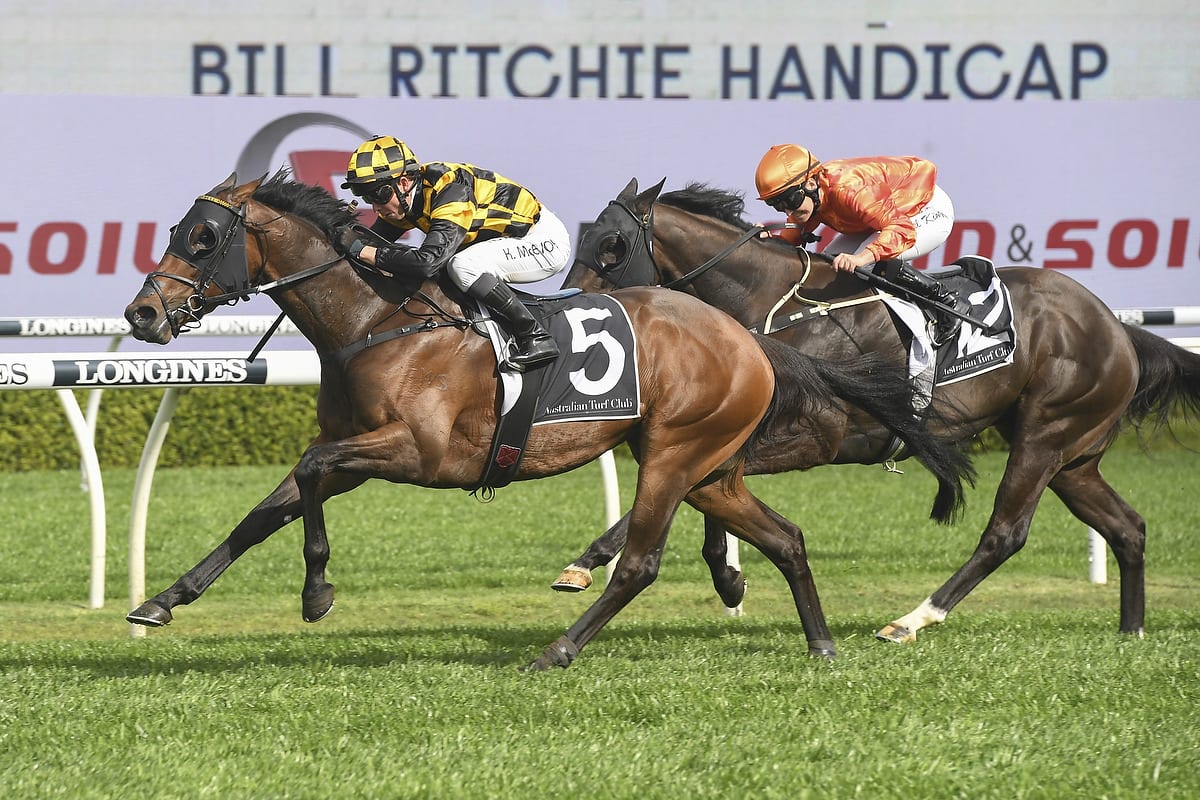 It was another proud day for Te Akau Racing principal David Ellis CNZM as the multi-faceted operation recorded seven wins in the space of seven hours, in three different countries on Saturday.

Last season’s champion trainer Jamie Richards saddled Vamos Bebe, Miss Aotearoa, and Savy Yong Blonk to win at Hastings, while Probabeel won at Randwick, and in Singapore Te Akau’s champion trainer Mark Walker notched wins with Brutus, I Am Sacred, and Hidden Promise at Kranji. “It was incredible, really, and I’m not sure if that would ever have been done before,” Ellis said. “It was a great day and a reflection of the quality of horses we’re training and the dedication of the staff.

“Both Jamie and Mark won the training premiership last year and they’re in front again this season. It’s not easy to achieve these sorts of results and it makes both Karyn and I very proud.”

First up for team Te Akau was the I Am Invincible mare Vamos Bebe who made it consecutive wins with victory over 1200m at Hastings, following a clear-cut maiden victory over the same distance at Avondale earlier in the month. Raced by Brent and Cherry Taylor of Trelawney Stud, the well bred mare showed good acceleration to win for Danielle Johnson and looks a potential black-type prospect.

“She’s a lovely mare that we’ve had to take along quietly because she’s had a few little issues,” Richards said. “But thank you to Brent and Cherry for entrusting her with us and giving her the time that she’s needed. She’s got a lovely pedigree and hopefully it’s all in front of her.”

Progressive mare Savy Yong Blonk, who has undergone substantial barrier practice, ran out a ready winner of the Open 1600m contest and the daughter of Savabeel will likely be seen over further in future. “I’ve always held her in high regard as a staying sort of filly, and two runs under her belt, up to a mile, cleanly away from the gates today and able to take up a position was probably the winning of the race,” Richards said.

The winner of five races for owner-breeders Bill and Margaret Gartshore and Jim and Susan Gartshore, Savy Yong Blonk holds a nomination for the Group 1 Livamol Classic (2040m) on October 17 at Hastings. The Tony Rider-bred and raced Miss Aotearoa took out the Group 3 Hawke’s Bay Breeders’ Gold Trail Stakes (1200m) and will be aimed towards the Group 1 Barneswood Farm 48th New Zealand 1000 Guineas (1600m).

Richards went within a length of adding a Group 1 victory to the Te Akau tally when Avantage finished third in the Group 1 Tarzino Trophy (1400m) after a slow start cost her important ground. “Everything considered, it was a very good run and a mile in two weeks back down at Hastings should suit her nicely,” Richards said referring to the Group 1 Windsor Park Plate (1600m).

Probabeel is now favourite for the Group 1 Epsom Handicap (1600m) at Randwick in a fortnight after clinically taking out the Group 3 Bill Ritchie Handicap (1400m). Probabeel had resumed on August 22 with a slashing run for second in the Group 3 Show County Quality (1200m), had a quiet trial on 8 September, and the high-class mare was heavily supported as she delivered her fourth career stakes victory.

“It was a fantastic win by Probabeel,” Richards said. “We were really happy with her first-up run. She’d come on for the trial and she stripped in good shape. “Ashley Handley and Craig Thornton are over there looking after the horses and I’d like to thank them for the sacrifices they’ve made being away from family – particularly Ashley who has been away for so long.

“I thought Kerrin McEvoy gave her a perfect trip, having explained to me on the phone what he wanted to do and he carried it out with pinpoint accuracy. “It’s a nice lead-up to the Epsom and hopefully she can draw a decent gate and strike a good track.”

Probabeel was purchased for $380,000 by Ellis from the Waikato Stud draft during the Book 1 sale at Karaka in 2018 and is raced by Cambridge Stud owners Brendan and Jo Lindsay. She has now won seven of her 17 career starts and over A$1.78m in prizemoney.