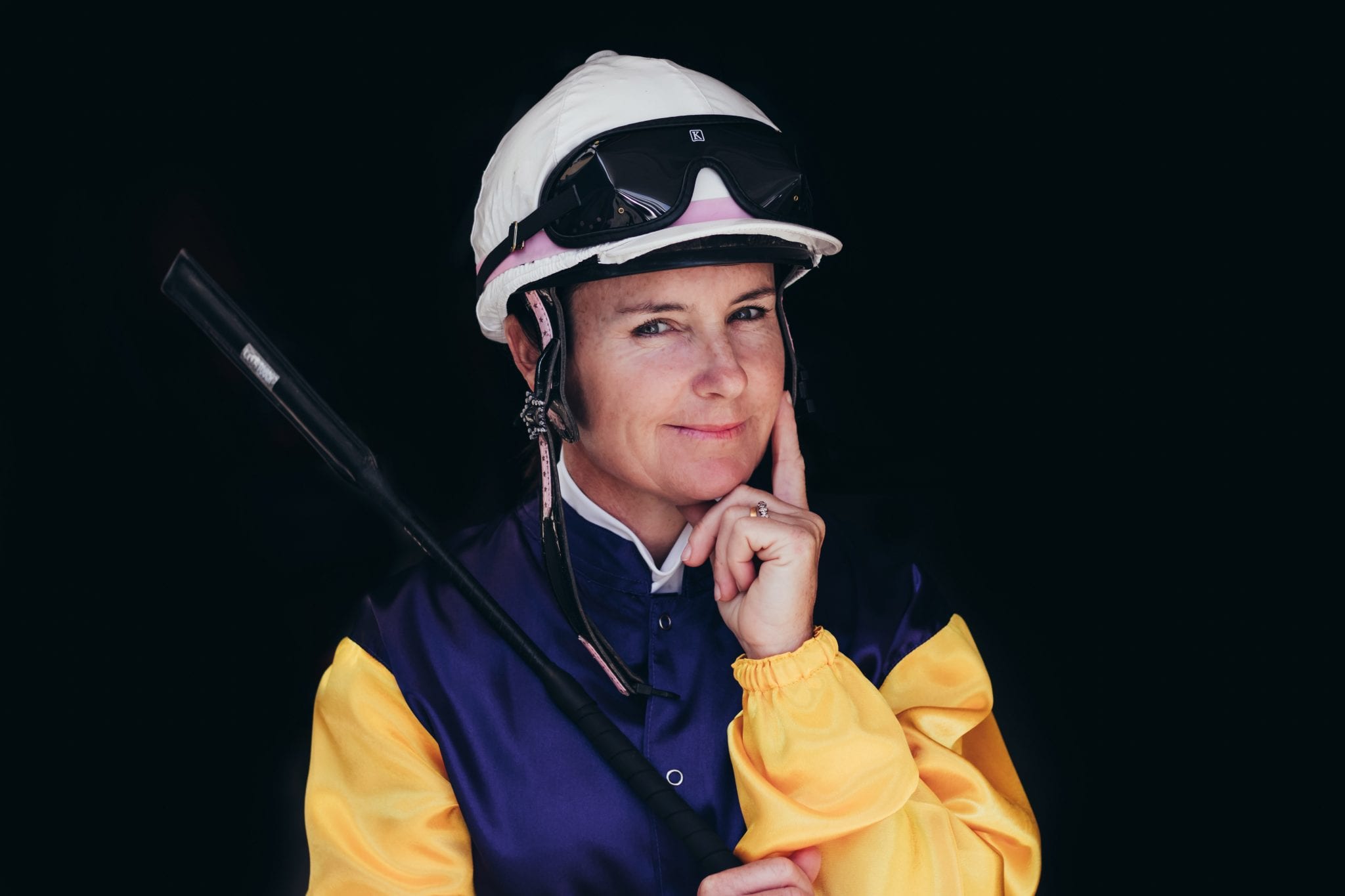 Lisa Allpress is no stranger to international success, but she took things up a notch in Saudi Arabia last week when becoming the first female jockey to win a race in the Arab nation. Allpress was competing in the inaugural Kingdom Day Jockey Challenge and she was up against some formidable opposition, including notable jockeys Frankie Dettori and Mike Smith, but she was not to be outshone, taking out the first event aboard Matmon in the four race challenge.

“That was pretty exciting,” Allpress said. “I went out there with an open mind. I had done as much form as I could leading into the race and I didn’t think my horse was going to be much of a chance. “It drew well in two and just popped out and into the trail. We followed the fence around and I thought we were going to run about third, but the horse outside me dropped away and I saw the leader in front of me and just wore it down. “It is always nice to be the first to do something and being congratulated by Prince Bandar was great, he presented me with a trophy. It was very exciting.”

Allpress went on to finish second in the competition behind Hall Of Fame American rider Mike Smith and she said it was a great experience to compete against some of the best jockeys in the world. “Frankie Dettori, Mike Smith, and Olivier Peslier, they are world-class jockeys that compete around the world in Group 1s for racing royalty. To share a jockeys room with them was pretty unique. “The girls (jockeys) were fantastic, they were a really fun bunch, and I will definitely be keeping in touch with them.”

Allpress also enjoyed riding on a dirt surface, something she hasn’t done a lot of in her riding career. “It was different riding on a dirt track,” she said. “I had ridden on the dirt in Japan, but I always tended to think the dirt over there was more like sand. “They have a caretaker over there (Saudi Arabia) who is from California. He has been there for six years and he has been improving it the whole time. “The quality of the dirt track was amazing. I had never ridden on it before, but I had heard Mike Smith saying how fabulous it was and how good the horses felt on top of it. “It was different riding on the dirt, but it was good.”

Allpress said the racing on offer during the meeting was world-class and she is looking forward to watching what unfolds with racing in Saudi Arabia in the future. “Maximum Security, who won the Kentucky Derby but was then relegated, won the US$20 million race (Saudi Cup, 1800m). “They had horses from Japan, America, Ireland, and England. It was world-class and all the trainers and staff that were there with the horses were raving about how good the fields were on Saturday for the international race meeting.”

Racing in such a conservative nation was a new experience for Allpress and she said it took a little bit to get used to. “It was a little confronting to see all the women having to wear an Abaya, it’s not a burqa as such, which goes over their clothes. They all have to wear a headscarf when they are in public. To see that was quite confronting. “For that race meeting on Friday with having women jockeys there, they had to bring two valets from America to help the girls in the jockey room because Saudi men don’t touch women. “It was the same with the medical team. They had a female there to help look after us in case there was an accident on the track.”

While the culture difference was an eye-opener for Allpress, she had nothing but praise for race organisers and their forward thinking towards equality, inviting seven female jockeys to the competition. “I think what they have done has been outstanding and I wish more of the racing jurisdictions would do that,” she said. “It just proves women are just as good as men, when you have got four races and half are won by women. If you give us the same opportunities we are going to get the same results.”

Allpress said the trip was one of the highlights of her international riding career, having been treated like royalty on the trip, but this week it is back to reality where she will resume riding at Otaki on Wednesday. “Saudi Arabia is definitely right up there, it was an amazing experience to be a part of,” she said. “We were flown around the world in business class, stayed in a five-star hotel, and were driven everywhere in fancy cars. “It has been like a movie-star lifestyle for a week, but we are back to reality now.”