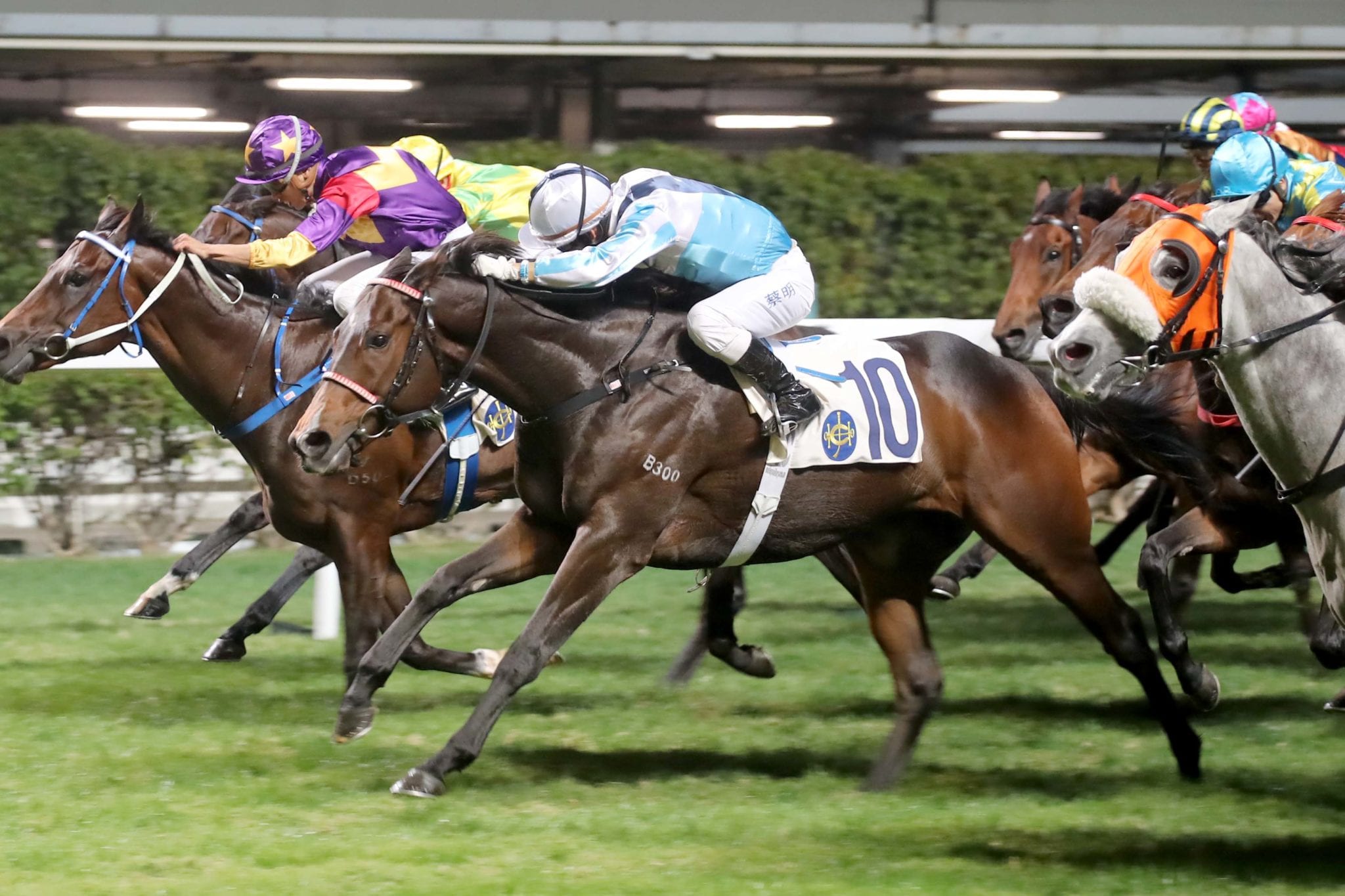 High-flying handler Ricky Yiu snared a treble at Happy Valley last night (Wednesday, 11 December) and earned a brush with pop royalty thanks to After Me’s courageous win in the Class 4 Swedish Cup Handicap (1200m). “I remember ABBA, the 70’s were my time,” Yiu said after Benny Andersson of the Swedish super group had presented the silverware.

After Me has flourished since being stabled at Conghua and the four-year-old responded to jockey Matthew Chadwick’s stretch drive with new-found determination. “It was a gutsy effort, all heart,” Chadwick said. “But the stable lad, pre-race, he said that the horse has come back from China and he’s so happy, so full of himself. In the race, he wasn’t sour like he used to be, and he showed that in the last 150 metres because he pinned his ears back and he tried his hardest.”

After Me’s Hong Kong record now stands at two from 17, with both wins coming after Yiu transferred the bay to the Hong Kong Jockey Club’s mainland facility. “The feedback from the jockey has been that the horse is so relaxed in the race and when he was put among horses he was brave and he kept fighting,” the handler said.

After Me’s short-head win in a three-way finish was the middle-leg of Yiu’s three-timer which meant he ended the night with 24 wins in the premiership, six clear of the pack.

Yiu earlier sent out Island Winner to take the opener, the Class 5 Frigatebird Handicap (1000m) under Derek Leung, while Chadwick doubled up on the trainer’s Gentle Breeze to win the Class 3 Sand Martin Handicap (1000m).

That was Chadwick’s third win this term on the five-year-old and his fifth for Yiu, taking his season’s tally to 10. “Gentle Breeze is going well,” the rider said. “The last couple of times he’s been sweating up and I was worried about him, he was sweating up again tonight but he’s improved this season, he’s more relaxed overall and that means he keeps more for the finish. The way he’s been winning, Class 2 shouldn’t be a problem.

“Ricky’s flying, so it’s a stable you want to be riding for,” he continued. “You always want to do better and I’m working my hardest to try and get better rides, quality rides. Racing is what it is, you have your ups and downs and you can only help your horse get to the line and these horses did their best for me tonight.”