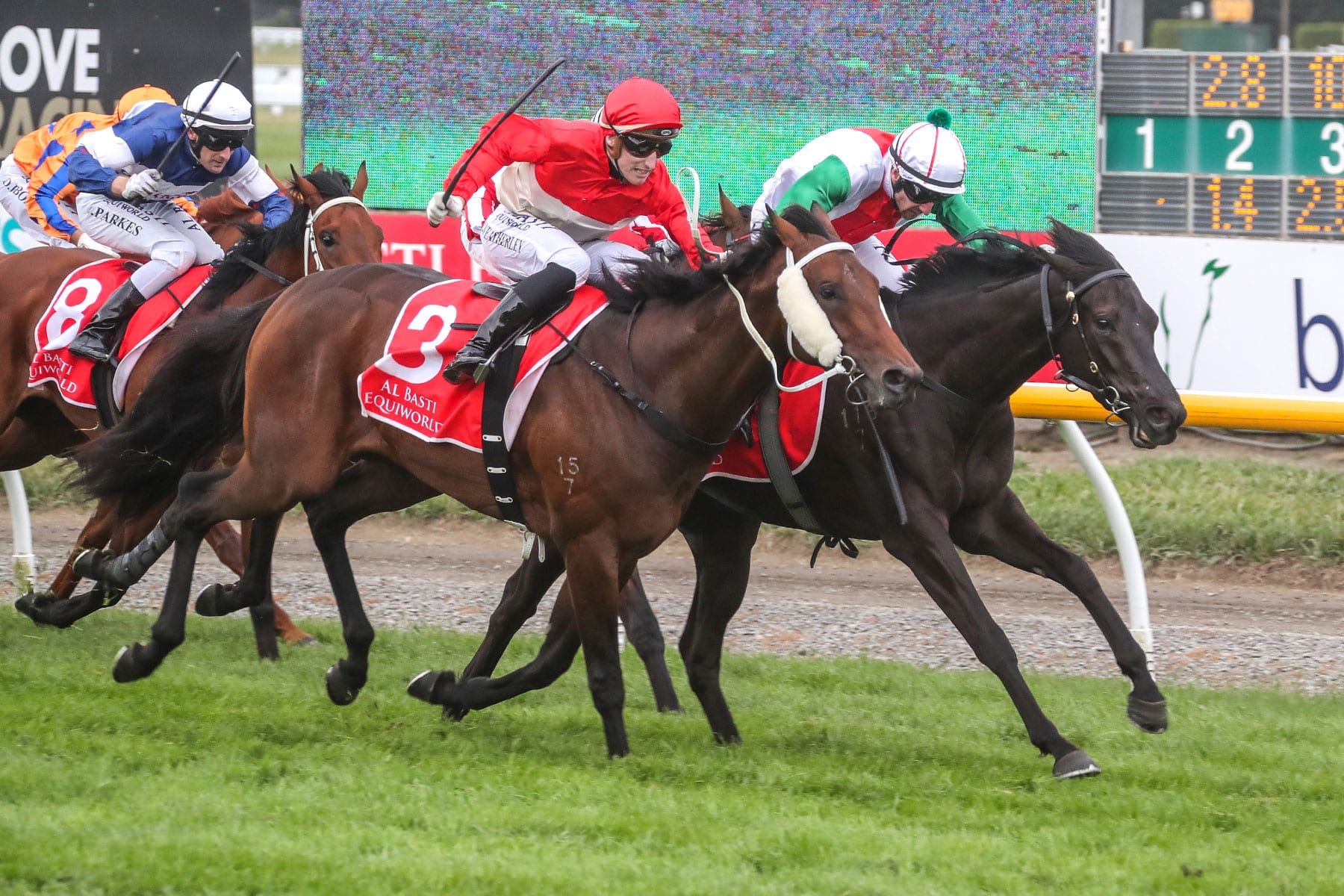 Cambridge trainers Murray Baker and Andrew Forsman were buoyed by Aegon’s 1200m trial victory at Matamata on Tuesday ahead of his tilt at the Karaka Million 3YO Classic (1600m) at Ellerslie later this month.

The Group 1-winning three-year-old sat in the trail behind Mannie’s Power before jockey Leith Innes asked him to improve at the 400m mark, and he ran away to a comfortable half-length victory. His trainers were pleased with the hit-out and the way he was able to trial handier to the speed.

“He was still half a length slow out, but I guess the intention was to ride him a bit closer and obviously you can’t give them the start in big fields as you go up in grade against better horses,” Forsman said. “It is nice to see that as he has matured, he has got a bit stronger and he probably does have the ability to do that now.”

The son of Sacred Falls will now head to the Karaka Million on January 23 for which he is currently a $2.20 favourite with TAB bookmakers, ahead of Te Akau’s Amarelinha ($2.40).

“It (the Karaka Million 3YO) rolls around pretty quickly for him but he is in as good order as we can have him knowing he has a long preparation ahead of him,” Forsman said.

Aegon’s Group 1-winning stablemate Quick Thinker was also in the same heat, although Forsman was less upbeat about his unplaced performance. “It was a very disappointing trial, but he has done that to us before,” Forsman said. “It is mostly the left-handed thing and being a bit fresh and keen.

“We will just see how he comes through it, but I think right-handed and a bit of give in the ground is what this preparation is geared around, so hopefully we can get him through this and press on to better options.”

Forsman was also pleased with The Chosen One’s third-placing in his 1200m heat behind Te Akau’s Group 2 winner Amarelinha and 11-time Group 1 winner Melody Belle. “As he matures he will just get better and better, that is how he is bred,” Forsman said. “I thought he trialled well, he is still very much on the way up, as is Quick Thinker. They will have another trial in two or three weeks’ time.”

Following that trial, The Chosen One will likely head to Te Rapa early next month to contest New Zealand’s richest weight-for-age race, the Group 1 Herbie Dyke Stakes (2000m). “We have given a bit of thought to running first up in the Herbie Dyke so that will depend on how he improves from this trial, comes through the next few weeks and trials again at Te Aroha later in the month,” Forsman said.

Stakes winner Long Jack showed promising signs in The Chosen One’s trial, making his return after a 12-month absence from the track. “He was a bit keen as you expect being off the scene and was a bit rusty,” Forsman said.

“He blew out the last bit and fingers crossed he can come through this well and we can press on. “He has done great in the time off that he has had and he looks a nice, matured horse. “If we can see the ability he did show when he last raced in Melbourne then we are very much looking forward to that.”