A magic four-timer is just the tonic for Moreira 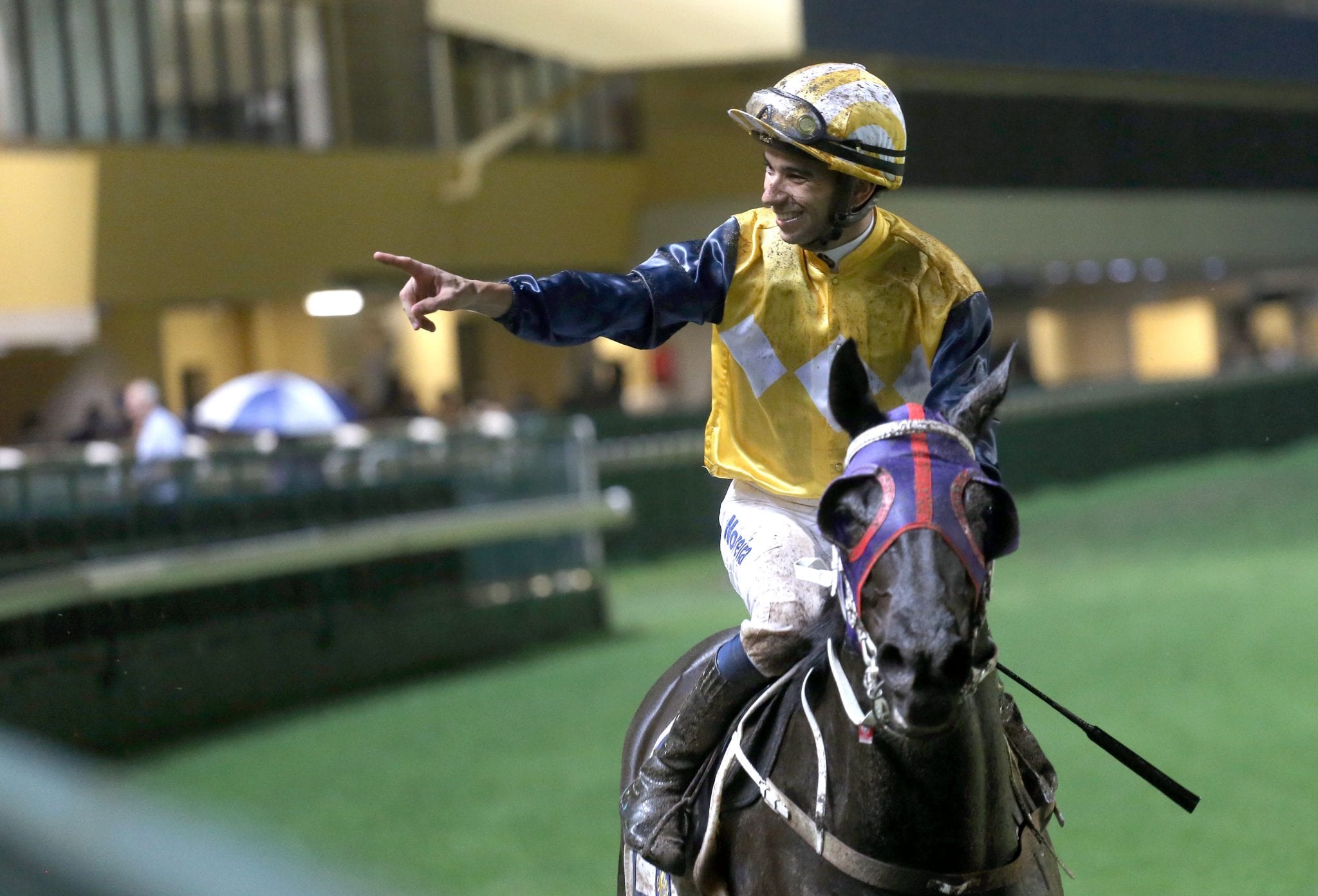 Joao Moreira bagged an improbable four-timer at Happy Valley tonight (Wednesday, 29 May), his second in as many meetings.

Moreira had been a doubt to even make it to the track, but having shrugged off sickness, the Magic Man made hay. He even turned miracle worker in the finale, the Class 3 Tan Shan River Handicap (1200m), driving the outpaced Waldorf from detached tail-ended to charging victor.

“I thought we had no chance,” he said. “I was pushing him all the way through, riding him for luck in the hope that he might finish off, and there was a point in the race where I really thought he was gone – I was pushing and pushing. But when we approached the 600 metres he closed up and I could see that they were going fast in front.

“When we turned for home and I gave him two whacks, whoosh! I knew then, if he had no interruption, I was going to win.”

The Tony Cruz-trained top-weight completed a hat-trick of wins, charging through the line a neck in front of the field on ground rated good.

“I didn’t think I was going to win four races,” Moreira continued. “I got a virus and I had a fever yesterday and the day before. I had a lot of headache and doubted that I would make it but the doctor looking after me did a good job and got me well enough to ride today,” Moreira said.

The Brazilian was on the mark one race prior for his retainer, John Size. True Grit (118lb) notched his third win on the bounce with a willing drive down the stands’ side, scoring by a length and a quarter from Universal Go Go (113lb) at odds of 1.8.

“He’s not doing things perfectly – he can be a bit cranky in the gate,” Moreira said. “Tonight, even if he was a bit cranky, it wasn’t enough for him to mess it up at the start.

“Once he jumped well and landed in the position, I was confident he would be hard to beat. He’s a nice horse and when I pulled him out for a clear run he let down for me beautifully. I don’t think that’s it for him either, I think there’s some more to come.”

The three-time Hong Kong champion combined with trainer Me Tsui for a brace earlier on the card. A fine pace-setting ride guided Very Sweet Orange to success, dropped into Class 5 for the first time.

The pair followed up with the 23/1 shot Forza Angel, who opened his Hong Kong account in the Class 3 Nam Chung River Handicap thanks to an astute Moreira ride.

“Me Tsui’s a good trainer – well done to him,” Moreira said.