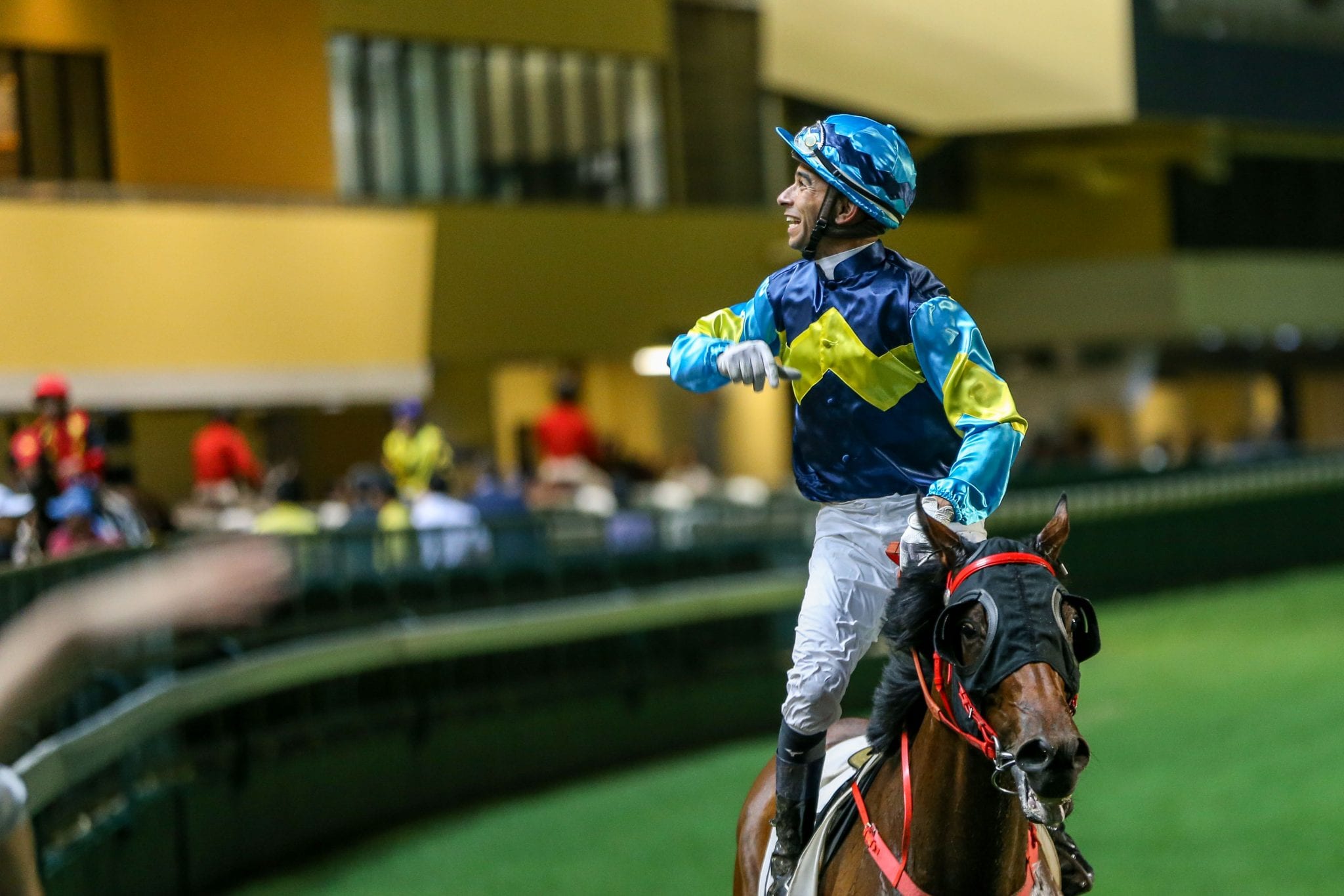 The four-year-old made it four wins on the bounce with a battling short-head verdict over the Neil Callan-ridden Harmony Hero in the Class 3 Cheung Chau Handicap (1650m).

“He’s a good racehorse, he tries his best,” Moreira said of the 2.1 favourite.

The Brazilian’s mount enjoyed a smooth rail run into the straight but there was no plain-sailing from that point on. True Grit (125lb) had to dig, grinding determinedly to overhaul long-time leader My Ally (120lb) then eking out just enough to hold off the wide-running Harmony Hero (133lb).

“Circumstances helped,” Moreira said. “He had a good gate (3), they ran along a little bit, so for not being on-pace he was always going to be one of the strongest at the end and that was the case. We were also quite lucky to get the split on the inside to go through, but I don’t want to put down his bravery, he still had to make it and he did it without hesitation.”

Size will need more of that from his team in the season’s remaining five fixtures if he is to repel John Moore’s determined challenge for his championship crown. Moore drew a blank tonight, and, with that rival stacking up a strong assault for Monday’s (1 July) Sha Tin card, the six-win cushion that True Grit’s win created for Size could prove valuable.

Moreira was full of praise for the master trainer’s handing of the winner. True Grit kicked off his career with four starts in six weeks last autumn, without success. Given a break, he returned in April and has not tasted defeat since, raising his rating from 51 to 72 for this evening’s contest.

“What an amazing job John Size has done with him because two months ago he was winning a Class 4 and now he’s probably high enough to win a Class 2. It’s a great training effort,” Moreira said.

“I hope that’s not it, I hope there’s some more. And we would think so because he hasn’t let us down the last four starts. He’s building our confidence that he’ll be a nice horse.”

And the rider has some confidence that the Wanted gelding might be effective over a longer trip, too.

“The way he travels, I don’t think distance will be any problem to him. If there is a concern about him it’s that he’s a light-framed type of horse, he’s a bit skinny but as time goes by he should get stronger,” he said.