200/1 Dell’ Arca can get in the Grand National mix 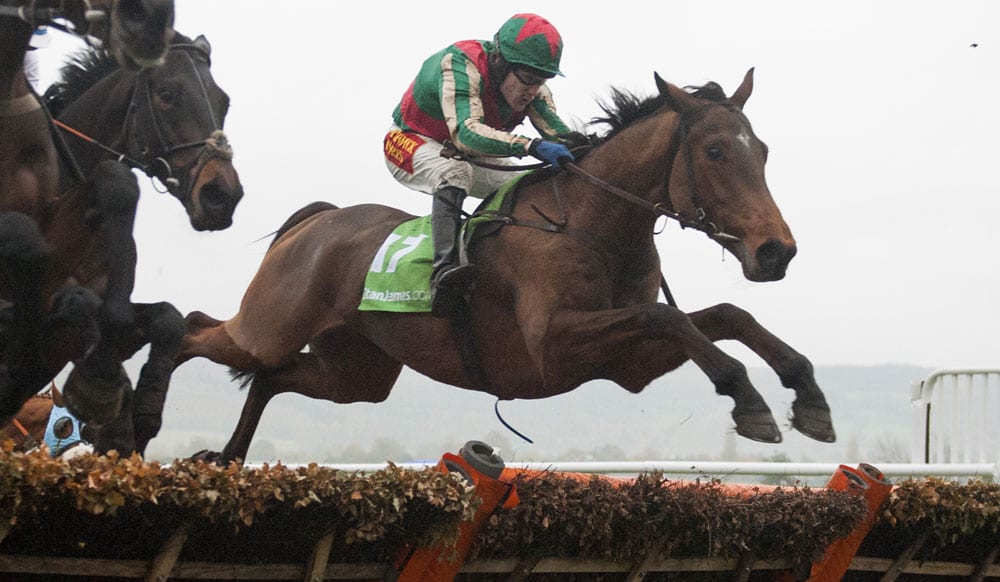 There was no corresponding race last year, but the new addition to the calender could identify potential National runners. Dell’ Arca has the profile to be competitive at this level and develop into a contender for the most famous steeplechase in the world.

The David Pipe-trained race favourite would have to win this Class 3 race carrying 11st 9lbs to even qualify for the big race. If that happens, Dell’ Arca could graduate into a live National prospect. The horse has the form in the book at a higher grade and could be a blot on the handicap at the weights.

Dell’ Arca has won eight races from 61 starts and runs of an Official Rating of 126 at Ffos Las, which on past form makes him a good thing. He has now reached the veteran stage, but running within 20lbs of his best form would get the job done.

It is rare for a horse to finish seventh of seven runners and over 22 lengths behind the winner but still achieve a career-high rating. Dell’ Arca did just that in a Grade 2 hurdle at Cheltenham 2017. At first glance the two-mile, one-furlong race would not be an obvious form guide for the National.

My Tent Or Yours won the race, The New One was one-and-a-quarter lengths behind in second place and Melon was another length adrift in third. Each horse has been placed in the Champion Hurdle.  A moderate handicap chase is a world away from the most prestigious hurdle race in the sport. Dell’ Arca must have plenty in hand off his current mark on that form.

Even though Dell’ Arca was found out at the level, the horse had earned a place in such a high-class field. Finishing third to Stayers’ Hurdle winner More Than That, beaten by just six lengths carrying 5lbs more, was by some distance better than anything achieved by his seven rivals this week at Ffos Las.

Dell’ Arca was an expensive recruit from French racing and looked a potential champion after winning a Grade 3 handicap hurdle at Cheltenham on his first start in November 2013. Finishing fifth in the Coral Cup at the festival the following March was decent form. So, Dell’ Arca has the ability to win a Class 3 handicap chase and then earn a place in the National.

Handicap chasing has been Dell’ Arca’s field in his last seven starts. The best ratings run was finishing fifth in a veterans’ race over the best part of three miles at Chepstow last October. The horse jumped well, was outpaced but stayed on well.  The form stacks up well in the context of this Ffos Las race and potentially the National.

Virginia Chick was allocated 1lb more than Dell’ Arca, but a conditional jockey claims 5lbs. Both horses are closely matched on current ratings, but Virginia Chick races for the first time in 208 days and has not won in six starts. Dell’ Arca is a much better horse on past form. Lithic has not won in 19 starts at and below Class 2 level.

Not A Role Model is a more viable alternative to the favourite based on recent runs. The win in a similar race at Fontwell in June is solid form, but Dell’ Arca excelled at a much higher level earlier in his career. Lord Bryan has started at +1600 and bigger without winning his last three starts. Financial Outcome has not won a race off his current mark.

Dell’ Arca ran on when beaten over three miles and two furlongs off a big weight at Uttoxeter in August. That run augurs well for Thursday’s race and possibly a tilt at the Grand National next year. However, the odds could shorten significantly if Dell’ Arca wins well at Ffos Las this week.