Why Tiger Roll could have work out for third Grand National 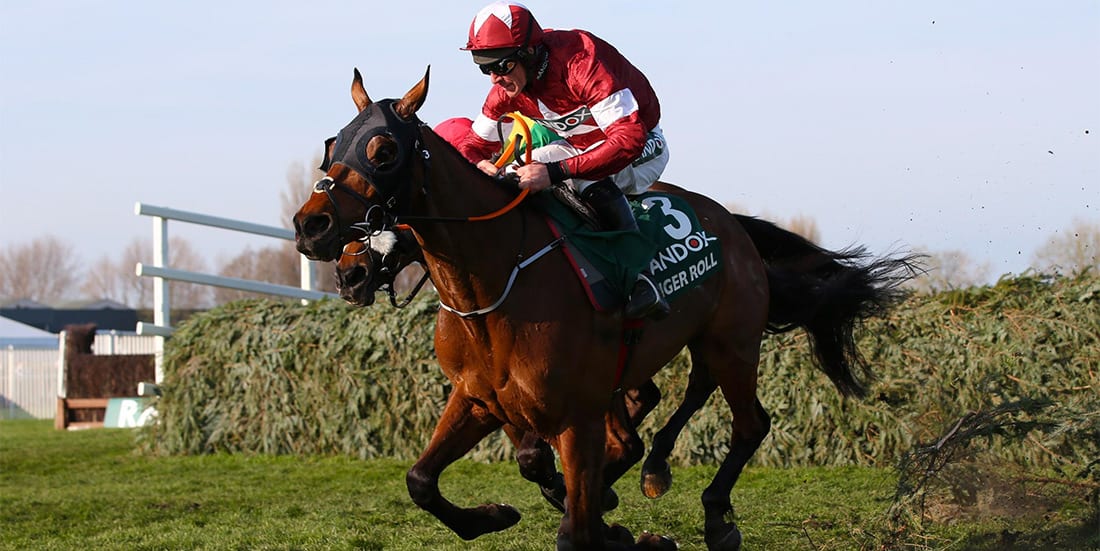 Tiger Roll remains the favourite to win the next Grand National, but Santini and Milan Native are interesting names in the ante-post betting at +2500 and +4000 respectively.

At +1400, Tiger Roll is sure to attract money as the race draws near. His starting prices for the two National wins were +1000 (2018) and +400 (2019). However, no online bookmakers offer non-runner/no bet on the race at the moment, which means losing bets if the horse is withdrawn.

After the second National win, the owners hinted that trying to win the race for a historic third time was dependent on the handicapper allocating a manageable weight. There was no National in 2020, so Tiger Roll is a year older and more likely to be given a shot at racing immortality.

Tiger Roll recently appeared on the Flat in a maiden race over one mile and six furlongs at Navan. It was just his second experience of starting stalls in a race and he lost many lengths at the start. He never looked like winning, but it will be a different story next April at Aintree.

Over five months ahead of the race and with many bridges to cross, pinpointing leading National contenders is fraught with danger. There are many trials and prep races, and the allocation of the weights is key. However, Santini and Milan Native stand out in the latest Grand National betting markets.

The conditions of the race and huge prize fund have helped to attract more Gold Cup-class horses. Santini was a fast-closing second behind Al Boum Photo in the Gold Cup this March. He jumped well and stayed, and those are important attributes for the Aintree marathon.

Santini is trained by Nicky Henderson, who has not won the National. The trainer usually enters his best staying handicappers, but with little success. He may target the race with the graded race chaser Santini, who currently has a higher Official Rating than Tiger Roll.

However, the handicapper writes an Aintree factor into the National weights, which means Santini could have a bit in hand over Tiger Roll. Anibale Fly has been placed in two Gold Cups and ran off 11st 8lbs and 11st 10lbs in the National. While it’s possible for Santini and Tiger Roll to be the joint top weights, the former should, in theory, carry about 4lbs more than the favourite.

Milan Native is a more typical National horse because he is handicap class and not yet good enough for graded races. The seven-year-old won the handicap chase for amateur riders over three miles and two furlongs at the Cheltenham Festival in March.

Milan Native has never looked like falling in seven chases and is a progressive horse. However, he may struggle to get a run in the National because of his current rating compared to Tiger Roll’s mark. He could get in at the bottom of the handicap, which would mean a highly competitive weight.

The 2021 Grand National is all about if, buts and maybes. If Tiger Roll goes for the historic third win, Santini and Milan Native may well be flies in the ointment.