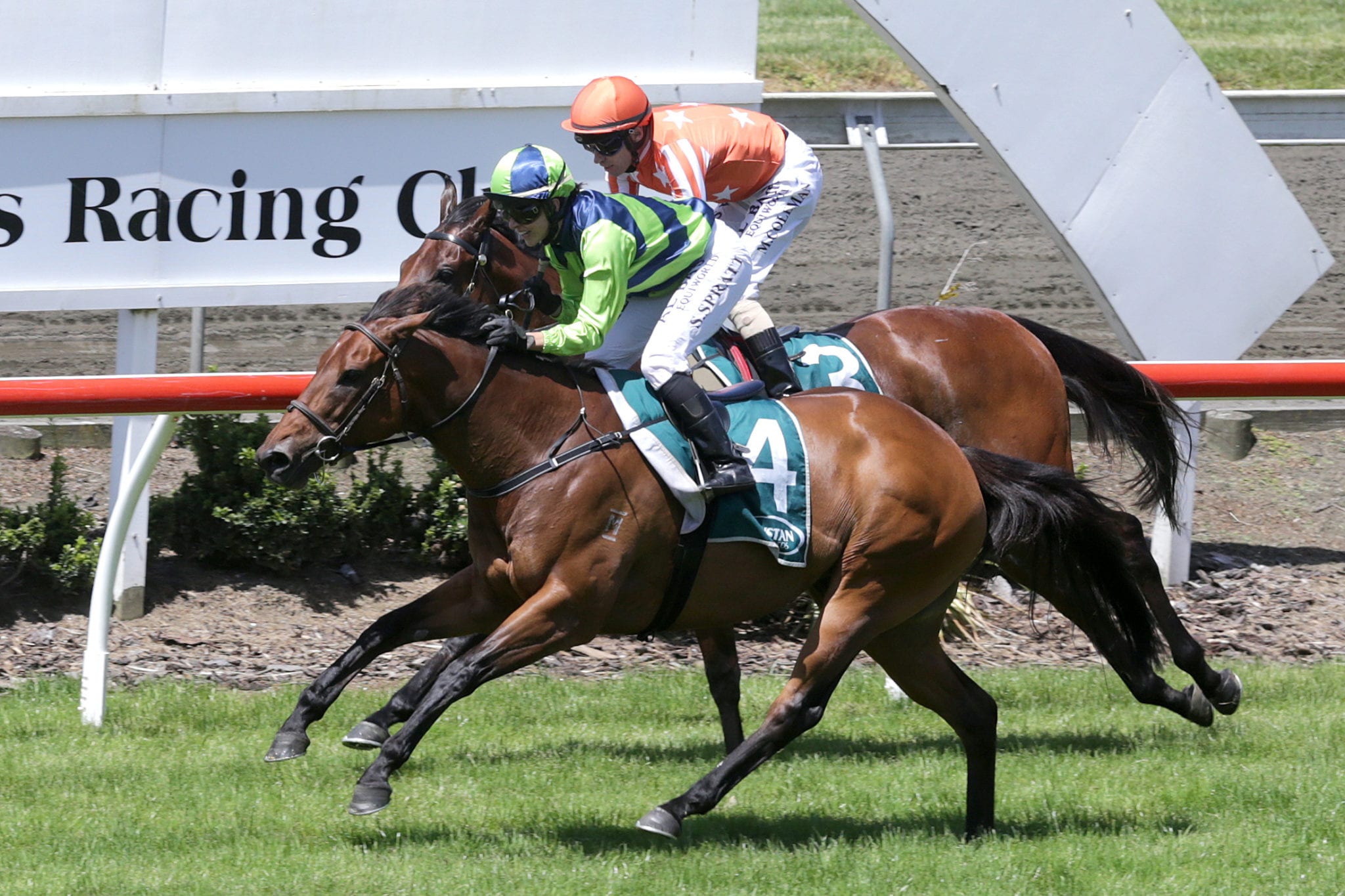 Ultra-consistent galloper Yearn finally put it all together in stakes company to record a deserved success at Group level when she took out the Group 2 Dunstan Feeds Auckland Thoroughbred Breeders’ Stakes (1400m) at Pukekohe on Saturday.

The Karen Fursdon-trained Savabeel mare had previously finished in the placings on three separate occasions at stakes level including a close-up third behind Endless Drama in the Group 2 Easter Handicap (1600m) at Ellerslie earlier in the year.

Having finished second three weeks ago behind the impressive Marzemino over 1200m at Saturday’s venue to open her current campaign, Yearn was one of the main fancies in the weight-for-age contest for the fillies and mares, overcoming the outside barrier in the Group 2 feature.

Despite having to race three-wide throughout, rider Sam Spratt played a patient game as she sat back before bringing the mare in to contention approaching the home corner. Yearn ranged up to race favourite Media Sensation at the 150m before forging to the lead as she scored by three-quarters of a length from Media Sensation with Princess Kereru running on nicely to take third.

Fursdon, who initially thought she would be the caretaker trainer of the mare before handing her back to part-owner and fellow Matamata trainer Mark Lupton, had a smile a mile wide as she waited for her charge to make her way to the winner’s enclosure. “She’s just a wonderful mare,” Fursdon said. “She’s been tough but I have to thank Lisa Tynan, who does all the work on her and has put in a wonderful effort along with all the team back at home.

“It was a very awkward draw but it was a lovely ride by Sam as while she was three-wide, she had cover. “When Mark gave me this mare to look after it was just for four weeks, but she won two races and then a third. “Everyone was telling him she (Fursdon) has locked the gate although I did say to him that if he wanted her back, he was to take her as she is yours, but I have been able to keep her which is just great.”

The victory was a complete turnaround from twelve months earlier when Yearn had finished last in the corresponding event after rain on the day badly affected her chances. “We raced last year in this one and it rained on the day, just poured down and she just didn’t handle it as she just hates it (wet ground),” Fursdon said. “To come out on a beautiful track like today was the plan as we wanted to have one trial then one run and in to this one. “So, it has worked.”

Raced by Mark Lupton and his wife Cath, Yearn has now won seven of her 33 starts and over $274,000. A Complacent half-sister to Yearn will be offered through the Mapperley Stud draft during the Book Two session at the National Yearling Sale at Karaka in January.