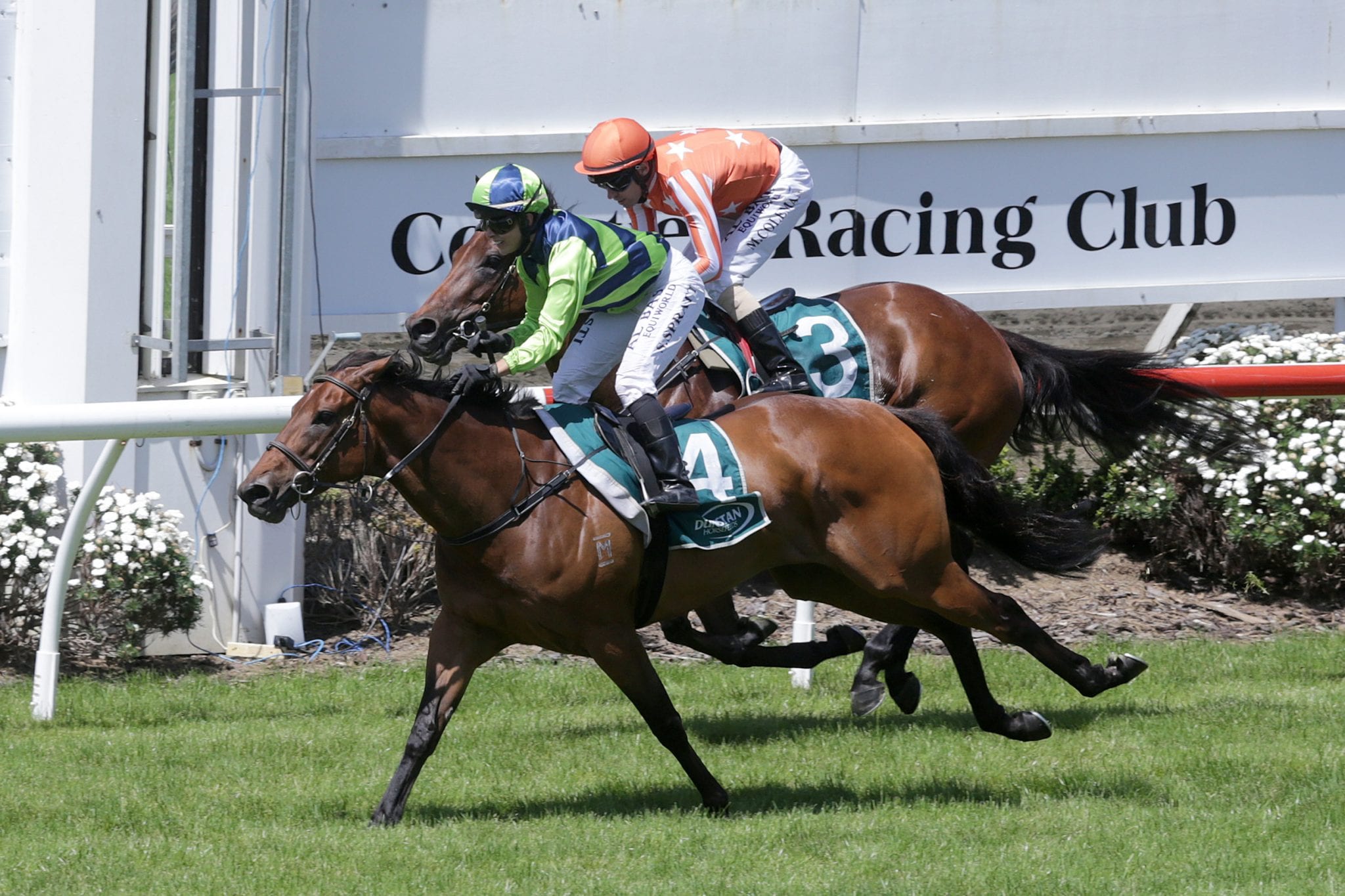 “Two years ago we had a bit of bad luck in the race with the saddle slipping and the jockey just had to let her run she was pulling that hard, they even lost an iron,” Fursdon said. “We put a line through that race.”

Fursdon couldn’t be any happier with the daughter of Savabeel after her first-up fourth-placing at Ruakaka last month. “She is very well and has worked up really good,” she said. “I couldn’t be happier with her. She has come through her Ruakaka run very well.

“She carried a lot of weight (62kg) at Ruakaka and most of the other trainers claimed, which was the sensible thing to do, and we were always going to be up against it with the weight she carried. “She’s not a horse I would put an apprentice claimer on fresh-up. She can get very strong. “I couldn’t be happier with the way she looks. She just looks amazing. I am really looking forward to it.”

Fursdon said Yearn has developed immensely in that time and she would dearly love to get an elusive Group 1 victory with her before her retirement. “She is a very strong mare,” Fursdon said. “You never would have thought when she first came to me as a late three-year-old that she would develop like she has. “I think she has grown nearly two hands and put on muscle, she is really built like a bull.”

While a Group 1 victory remains the ultimate goal, Yearn’s immediate target after this weekend will be the Auckland Thoroughbred Breeders’ Stakes at Pukekohe on November 21. “We are not too sure what we are going to do after this race because the Pukekohe race that she won last year is a little way away,” Fursdon said.

“We will use any assistance available to us to keep her up to the mark, be that gallops or trials. “It is going to be difficult if she happens to win this or place, it is still going to put points on her, so her weight will go up in these open handicaps. “You have got to be very choosey where you want to go.”