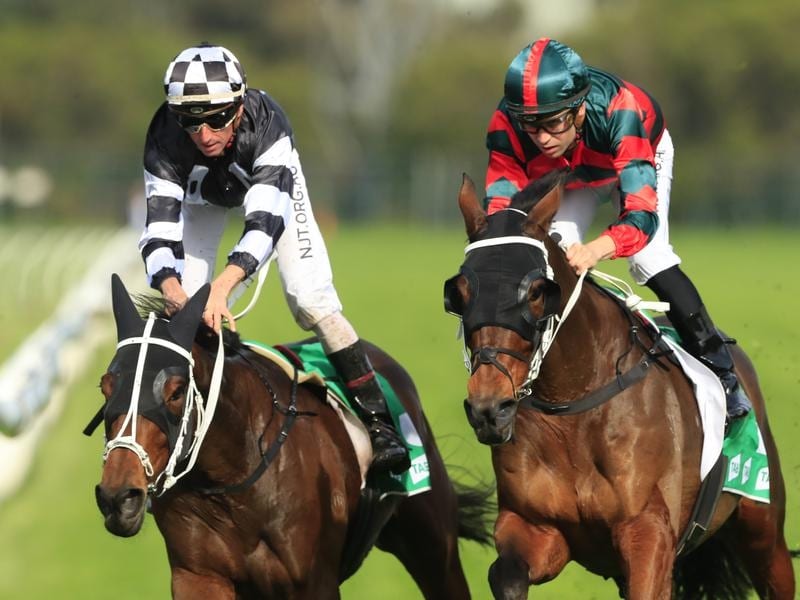 Chris Waller continues to dominate Sydney’s off-season staying races with the premier trainer again providing the trifecta in a local feature at Rosehill.

Two weeks after producing the first three across the line in the Lord Mayors Cup, Waller was again to the fore in the Listed Winter Cup (2400m) on Saturday.

Wet-track specialist Wu Gok was the common denominator, becoming the first horse in history to win both stakes races in a calendar year.

While he took out the first leg in a canter, he had to do it the hard way in the Winter Cup where he fought back after being clearly headed.

Adam Hyeronimus took Wu Gok to the front and he was under siege when stablemate Yulong Prince loomed on the outside and Carzoff on the inside.

“It was good to see the three stablemates fight it out,” Waller said.

“When the frontrunner is headed it’s not often they come back, to Adam’s credit he rated it very well.”

Like he did two weeks ago, Waller followed the success with a whitewash of the feature staying race in Brisbane.

This week it was Brimham Rocks who took stable honours in the Tattersall’s Cup at Eagle Farm with his barn mates filling the next three placings.

Waller will look to give his Winter Cup trio a freshen up for a distance drop to 2000m in the WJ McKell Cup in two weeks with The Metropolitan a potential long-term aim for Wu Gok and Yulong Prince.

“Maybe a race like the Metrop is good for Wu Gok because he is getting up in the weights,” Waller said.

“The last 12 calendar months he has won a hell of a lot of races. He went up to Queensland at the start because he was only going fair.”

Hyeronimus cast aside a difficult week to produce a sterling ride on Wu Gok.

The jockey, who celebrated his first Group One win during the autumn aboard Shout The Bar in the Vinery Stud Stakes, has been charged with multiple betting offences relating to races held between June 2016 and January 2019.

Racing NSW stewards are expected to hear the matter next month with Hyeronimus facing a possible two-year ban if found guilty.