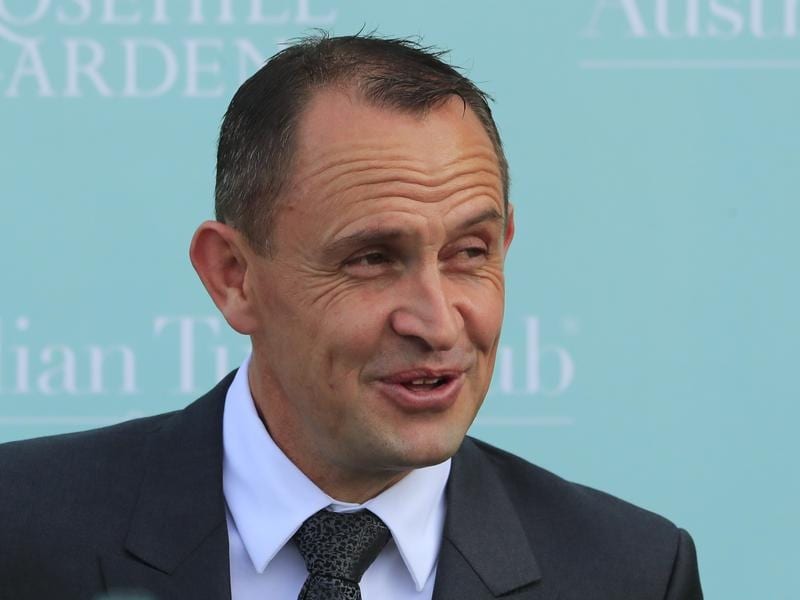 If premier trainer Chris Waller is to continue his recent dominance of Sydney’s off-season staying races, he will need to break a WJ McKell Cup hoodoo.

Having produced the trifecta in both the Lord Mayors and Winter Cups, Waller will send around six of the 14 runners in the McKell Cup (2000m) at Rosehill on Saturday.

The Listed race is one of the few Sydney staying features Waller has not managed to win, despite sitting atop the Sydney trainers’ premiership for the past decade and breaking records galore.

Waller’s McKell Cup anomaly is one jockey Tommy Berry hopes to amend when he reunites with Black On Gold.

“It would be the only race in Sydney he hasn’t won,” Berry said.

“There aren’t too many firsts you can get for him these days, so it would be good to win it for Chris. He’s been a good supporter of mine.”

Berry is enjoying a fine season, following a four-timer at Randwick last weekend by riding his 100th winner this term at Kembla Grange on Thursday.

His association with Black On Gold stretches back to his three-year-old days and while the horse has been out of the winner’s stall for two years, he was a close second in the ATC Cup over Saturday’s course and distance during the summer.

He returns to Sydney racing after two recent runs in Brisbane where he has finished behind stablemates Le Juge and Brimham Rocks at Group Three level.

His best form is on firmer going so Berry is hoping the Rosehill track continues to dry out.

“We’re not going to get anything to his liking but if we can get to a soft seven it will suit him a lot better than a heavy,” Berry said.

Black On Gold was a $13 chance on Friday with in-form stayer Wu Gok and Winter Cup runner-up Carzoff the most fancied to deliver Waller his maiden McKell Cup success.