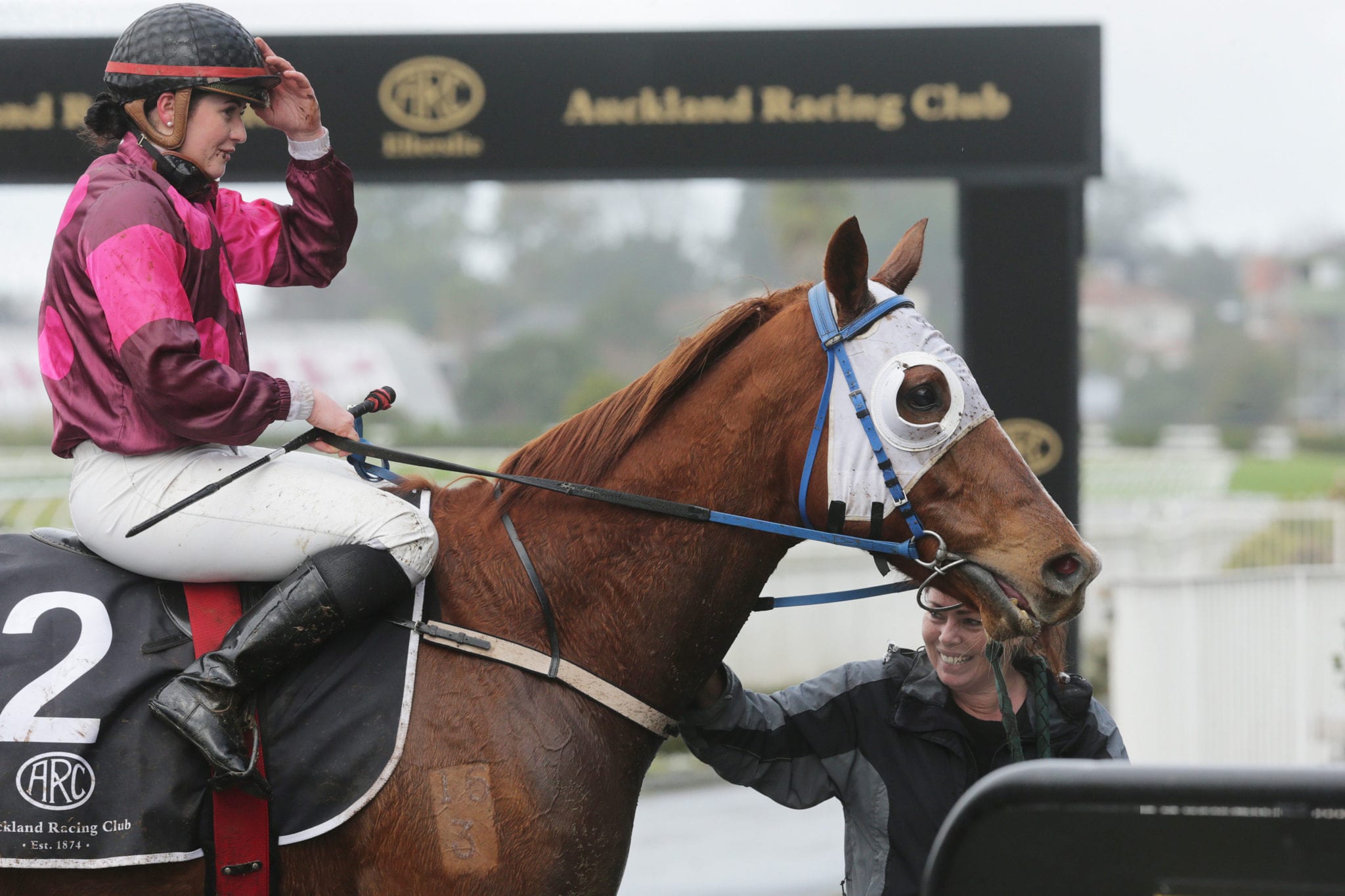 Ruakaka trainer Kenny Rae was pleased to be back in the winner’s circle at Ellersliie on Saturday where he sent out a double. The Ruakaka horseman, who trains in partnership with his daughter Krystal Williams-Tuhoro, was delighted to see The Buffer break maiden ranks, while hardy galloper Major Tom notched the ninth win of his career when successful in the Barfoot & Thompson (1600m).

A trip south is now on the cards for Major Tom, who will likely target the Group 3 Winter Cup (1600m) at Riccarton on August 15. “The key to him is to have him in at this time of the year, or space his races when the tracks are firmer,” Rae said. “He has won on a Good 3 track, but he won’t last on hard tracks.”

Rae was also pleased with the return of veteran galloper Kaharau, who finished fifth behind his stablemate and lumped 74kgs in the Rating 94 high-weight. “He is not a wet-tracker but he has got to get fit,” Rae said. The winner of 14 races, Kaharau has competed in the Group 3 New Zealand Cup (3200m) on three occasions, placing in two of them including finishing runner-up last year to Dee and Gee. “That’s the plan again this year,” Rae said.

“I might give him a couple of hurdle starts before it, so he doesn’t get too badly handicapped. He has had a hurdle trial and won it. “Emily Farr (jockey) thinks he is as good as Gobstopper. It doesn’t mean she is right, but it gives you confidence.”

Rae was relieved to get a breakthrough win with three-year-old The Buffer, who has shown plenty of ability, but tardy beginnings have become a regular feature of his races. The son of Reliable Man missed the start by three lengths on Saturday and despite travelling wide throughout, proved a level above his opposition when winning the Eagle Technology 1200m. “He’s a very talented horse, but he has got too many brains,” Rae said. “He is too clever. “He goes around the track here and does one round and stops.

“He is down at the beach this morning and I even thought I might try and jump him just to keep him switched on, but he is only a three-year-old and he is not overly strong yet. “He has definitely got more wins in him.”

Rae said The Buffer was a chance of being a traveling mate for Major Tom when he heads south. “65 percent of the horse is owned in the South Island, so I said to them if Major Tom comes down for the Winter Cup, I’ll bring him down and give him a race,” he said.

Despite training in the northernmost region of New Zealand, Rae enjoys campaigning horses in the South Island but is wary of rising costs. “I have got a lot of friends down there and there are some good people down there,” he said. “I don’t think I will be keeping as many horses down there now. I will take some horses down for the New Zealand Cup and I’d like to support places like the West Coast, but it has to be viable.”