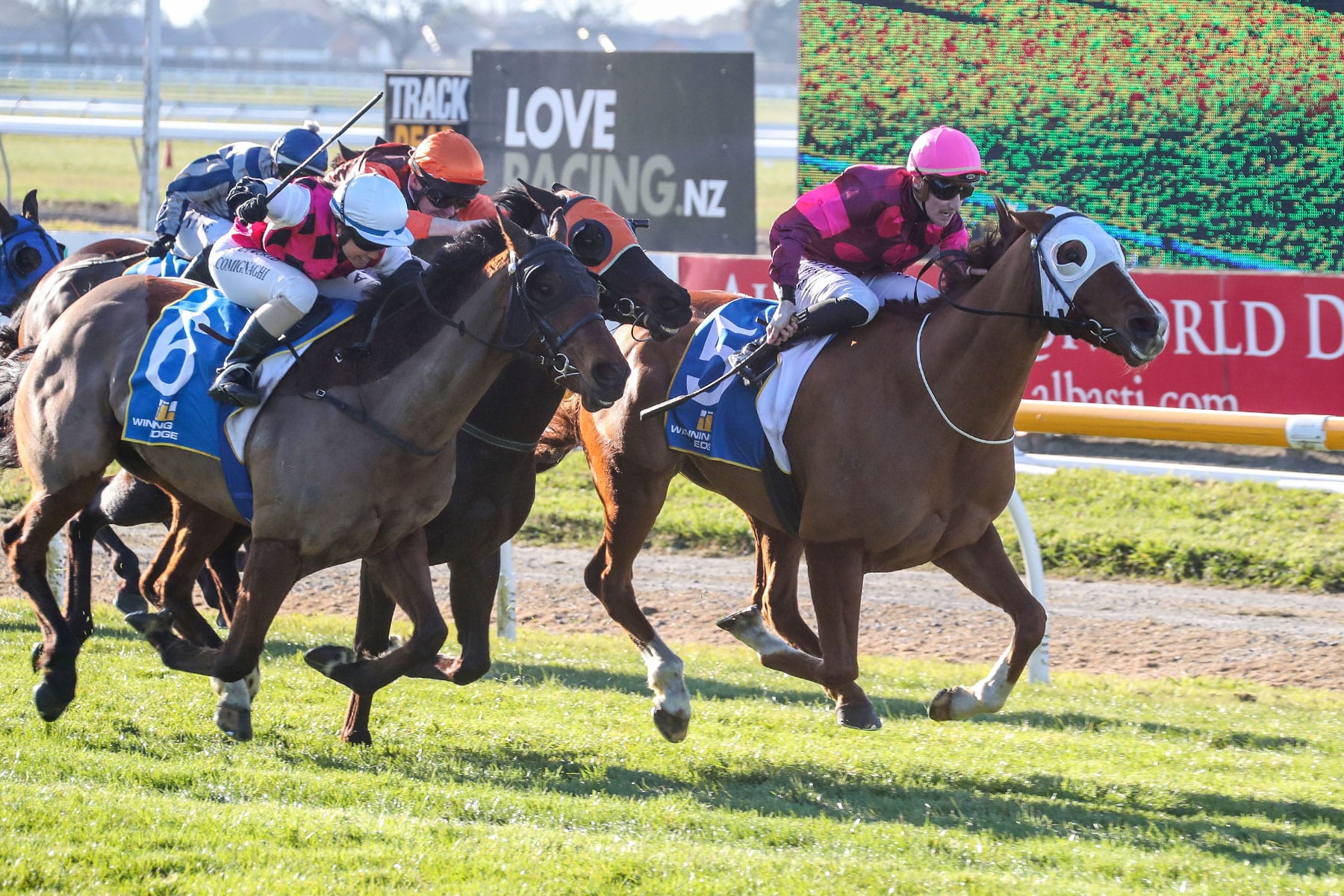 Ruakaka trainer Kenny Rae enjoyed a red-letter day at Riccarton on Saturday as two of his three-horse team that he had brought south from his far north base took out feature events.

After earlier upsetting pundits with promising Iffraaj gelding Zoltan, who defeated red-hot favourite Matchmaker in a three-year-old 1100m contest, Rae nabbed the big prize on the day with underrated galloper Major Tom who held out all challengers in a desperate finish to the Group 3 Winning Edge Presentations 123rd Winter Cup (1600m).

Rae, who prepares his team in partnership with daughter Krystal Williams-Tuhoro, had brought the pair south along with one-race winner The Buffer and had been expecting good performances by all three runners.

Zoltan, who is a half-brother to Group 1 Easter Stakes (1600m) winner Sound Proposition, justified that confidence with a convincing victory after piercing through a narrow gap at the 150m before charging clear. Rae wasn’t impressed by the effort of jockey Taiki Yanagida who had ridden the horse at his last start and opted for leading South Island rider Terry Moseley on the weekend.

“Putting it bluntly, he was ridden terribly last time after he had ridden him perfectly the time before,” Rae said of Yanagida. “The horse doesn’t need to be near the leaders so I said to Terry to let him fall out of the gates as, otherwise, he will fire up and pull too hard. “He’s a very talented horse so once we can get him to settle and grow up, he could be very handy.”

It was however, seven-year-old Major Tom that Rae was pinning most of his hopes on and the Red Giant gelding didn’t disappoint with a typically gutsy effort. Given a perfect run in transit by Sam Weatherley, Major Tom shot to the front at the top of the Riccarton straight and defied his rivals to run him down as he gamely clung to a neck margin from outsider Wild Jack and the well-supported Nomen Ludi.

It was the first stakes victory for Major Tom who has now won eleven races and over $200,000 in prizemoney. “We planned this two months ago so it’s nice to make it work,” Rae said. “He is a quality horse who had a track to suit and got a beautiful ride from Sam Weatherley. “He was 110% for today and he raced like it. “It certainly makes all the early mornings well worth it.”

Rae will remain in the south with Major Tom and Zoltan expected to line up at Riccarton in a fortnight, along with The Buffer who suffered an interrupted run in the last race on the card. “I wasn’t bringing them down just for one run so we are staying on,” he said. “There are nice races for all three of them in a fortnight and we just have to hope to get a little more luck for The Buffer as he has been pole-axed at both of his last two starts.”

The winning results for Rae also cemented a big day for stable client Malcolm Barratt who co-bred Zoltan and shares in the ownership of both he and Major Tom.