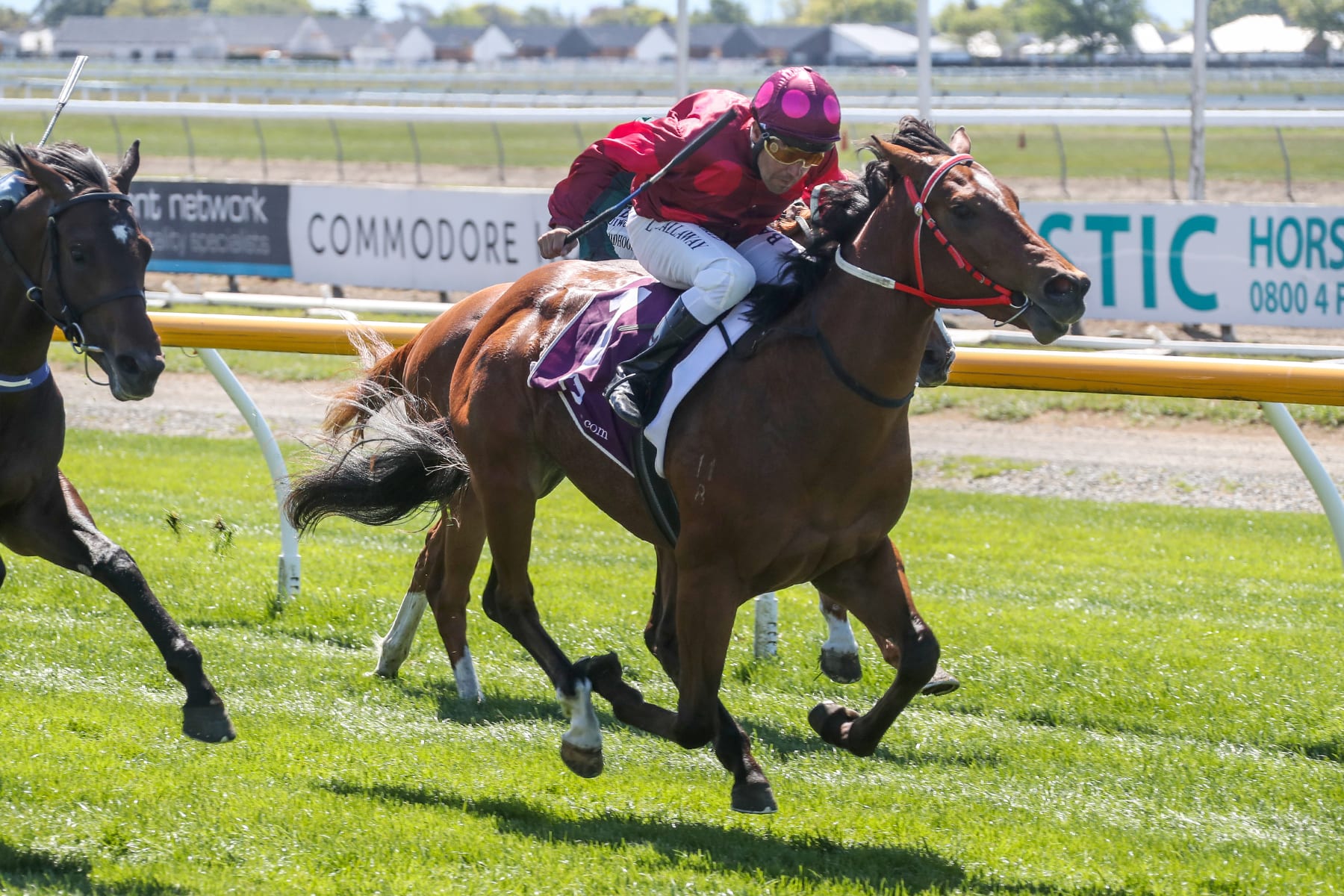 Back to back victories by promising two-year-old Follow Your Dreams has trainer Kenny Rae’s telephone running red hot. The speedy son of Mapperley Stud-based sire Contributer set tongues wagging after his first-up win over 800m at Riccarton earlier this month and he backed that up with an even more decisive effort over the same distance on Saturday.

Rae, who trains in partnership with his daughter Krystal Williams-Tuhoro, has been fielding offers for the stylish colt since he first stepped out at the trials back in August, but has had a simple message for the bloodstock agents who have been contacting him – the colt is not for sale.

“I’ve had one joker chasing him since he first won a trial but the owners have always said to me, I’m not to sell him,” Rae said. “I actually own thirty percent of him but his other owners have all been with me a long time and loyalty counts for plenty in this game. “Money isn’t everything and everyone is having a ball so far and they want that ride to continue.”

Rae admits he wasn’t as confident of a victory on Saturday as he had been first up after the colt became cast in his yard leading into the race. “Watching a replay of the race it looked easier than it did watching it live,” Rae said. “I had some doubts as he got cast in his yard the other day and took a wee bit of bark off so it was touch and go whether we lined up. “He also got a bit scratchy towards the end but that was to be expected as the track was pretty firm. “He seems fine this morning though so I expect him to come through the race well.”

Rae now has a decision to make on where he goes next with the colt as he had originally planned for an attack on the Listed Frantic Bloodstock Welcome Stakes (1000m) on November 14 but that could be changed in favour of bigger fish in January. “He’s qualified himself for the Karaka Million (1200m) at Ellerslie in January now so we are going to have a rethink about our plans with him,” he said.

“We had been thinking about the Welcome Stakes but we might forego that now. “I’ll know in a couple of days once we’ve had a good talk about it all but we could take him home and throw him in the paddock and then bring him back for Ellerslie. “He is very professional so all he would need is a look around Ellerslie beforehand and then he could go straight into the Karaka Million.”

Rae had been hoping to have promising three-year-old Zoltan line up in the Group 1 Al Basti Equiworld Dubai New Zealand 2000 Guineas (1600m) at Riccarton on November 7 but the lingering effects of his spectacular fall at Ashburton at his last start has seen that plan taken off the table. “He’s got a fetlock injury and hasn’t come right yet,” Rae said.

“It’s a bit niggly so we’re having him x-rayed on Tuesday to take another look at it. “He’s very tough, and you’d have to be to come through a fall like that, but there is no way we can get him to the 2000 Guineas now.”

Rae also advised that fourteen-race winner Kaharau has been retired while his other Group 3 Christchurch Casino New Zealand Cup (3200m) contender Major Tom would have one more run at Ashburton next Thursday before taking his place in the Riccarton two-mile feature on November 14.