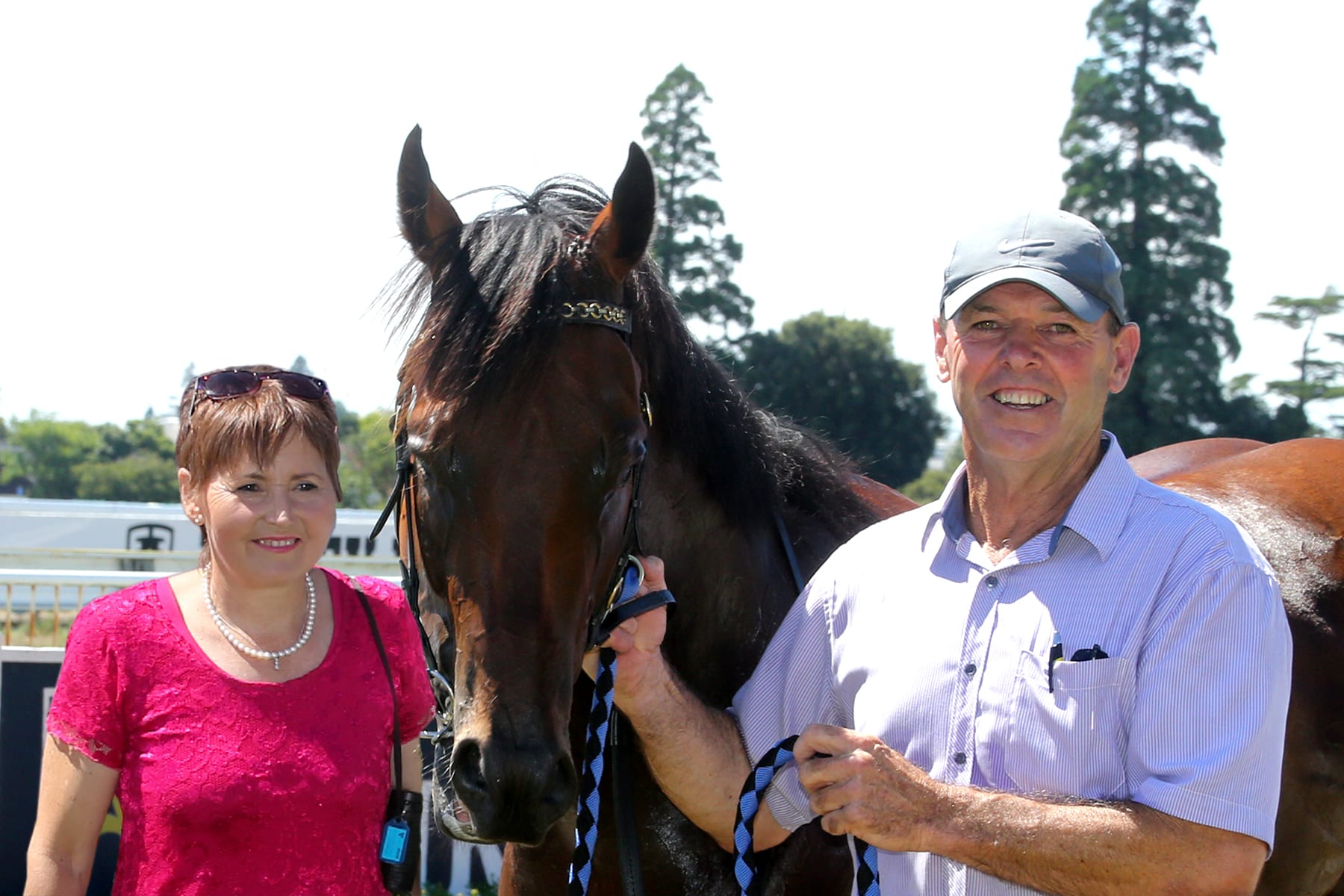 Madam Sequoia had more than just her own future resting on her bid to clear maiden ranks at Riccarton on Saturday. The four-year-old daughter of Redwood had been disappointing for Bevan and Robyn Wilson, the Ashburton couple who bred, own and train her. She had lacked concentration and finished among the tailenders in all but one of her four previous starts.

Aided by the addition of blinkers, but more the manner in which she was ridden out in the open and clear of crowding, Madam Sequoia produced a major form reversal on Saturday, settling last and charging down the outside in the hands of Terry Moseley to win by three-quarters of a length over 1200m.

“She still did a fair bit wrong, but at least she showed us she has got the ability,” Bevan Wilson said. “I told Terry to ride her like that. She needed to be out in the open. “Early on we thought she was a natural, but she let us down a lot last year. She wasn’t giving her best on the day and was running out of chances. “I said on the way to the races if she is not trying today she’s finished and her mother can go and her half-sisters, too. I was joking with a mate afterwards that she not only saved herself for another day, but also her family.”

Madam Sequoia maintained a 100 percent strike rate of winners for her dam, Royal Governess, following on from Guvnor, who was unbeaten in two starts for the Wilsons before being sold to Hong Kong, and Clooney, a winner of two races for the couple. Royal Governess won three races for the Wilsons, but more importantly to them she hails from the family of their three best gallopers, Nearly Pal’s, Bashful Lady and, more recently, the Terri Rae-trained Madam Victoria.

Nearly Pal’s gave the Wilsons several highlights through the 1990s, winning 13 races including the 1996 Group 3 White Robe Lodge Handicap (1600m) at Wingatui and beating the grand old campaigner A Gordon For Me in the 1994 Listed Churchill Stakes (1600m) at Riccarton.

He was also a winner in 1992 at Eagle Farm, Brisbane. “Nearly Pal’s is our benchmark. He was the best horse we’ve had,” Wilson said. “We’ve kept breeding from his family over the years and had a lot of winners, but none as good as him, though Madam Victoria could have been if she hadn’t had the knee chips and had to be retired.”

Madam Victoria won four Listed races, ending her career on a successful note in the 2016 Listed Timaru Stakes (1400m), and the Wilsons have bred three colts from her and are awaiting the outcome of her latest mating, with Belardo. “Her oldest foal, a Darci Brahma, is going to the trials (at Rangiora) on Tuesday, while we’ve got a Burgundy two-year-old colt from her and a Charm Spirit yearling colt,” Wilson said.

Wilson, a former All Black who played eight tests as fullback from 1977 to 79, and his wife (daughter of New Zealand Racing Hall of Fame trainer Rex Cochrane) originally trained and farmed at Omakau, but moved to Ashburton six years ago, downsizing to 90 acres within close proximity of the Ashburton racecourse. “We gave up training (from 2004) for about 10 or 12 years while the kids were schooling and Peter and Dawn Williams originally trained for us, then when they shifted north Terri Rae trained ours,” Wilson said.

“When we shifted here to Ashburton it was going to be to enjoy retirement, but that hasn’t happened. “We’ve got three horses in work and others to come in later on, plus the foals and broodmares to look after as well as the farm.”

The Wilsons had a flurry of winners for a couple of years on the comeback, with nine in the 2016-17 season and 12 the next season, but last season they had to settle for just one winner, the now-retired Decision Kept.

Getting back on the winner’s board for the couple, whose first training success was back in the 1988-89 season, was something not to be missed by Wilson’s father-in-law, the legendary Cochrane, who was the first trainer to prepare 1000 winners in New Zealand and won the New Zealand Trainers’ Premiership for three seasons in the 1970s.

“Rex was on the phone pretty much straight away after the race,” Wilson said. “He’s shifted up from Alexandra and is living here in Ashburton now and doing well. He still watches the races and keeps an eye on our horses.”