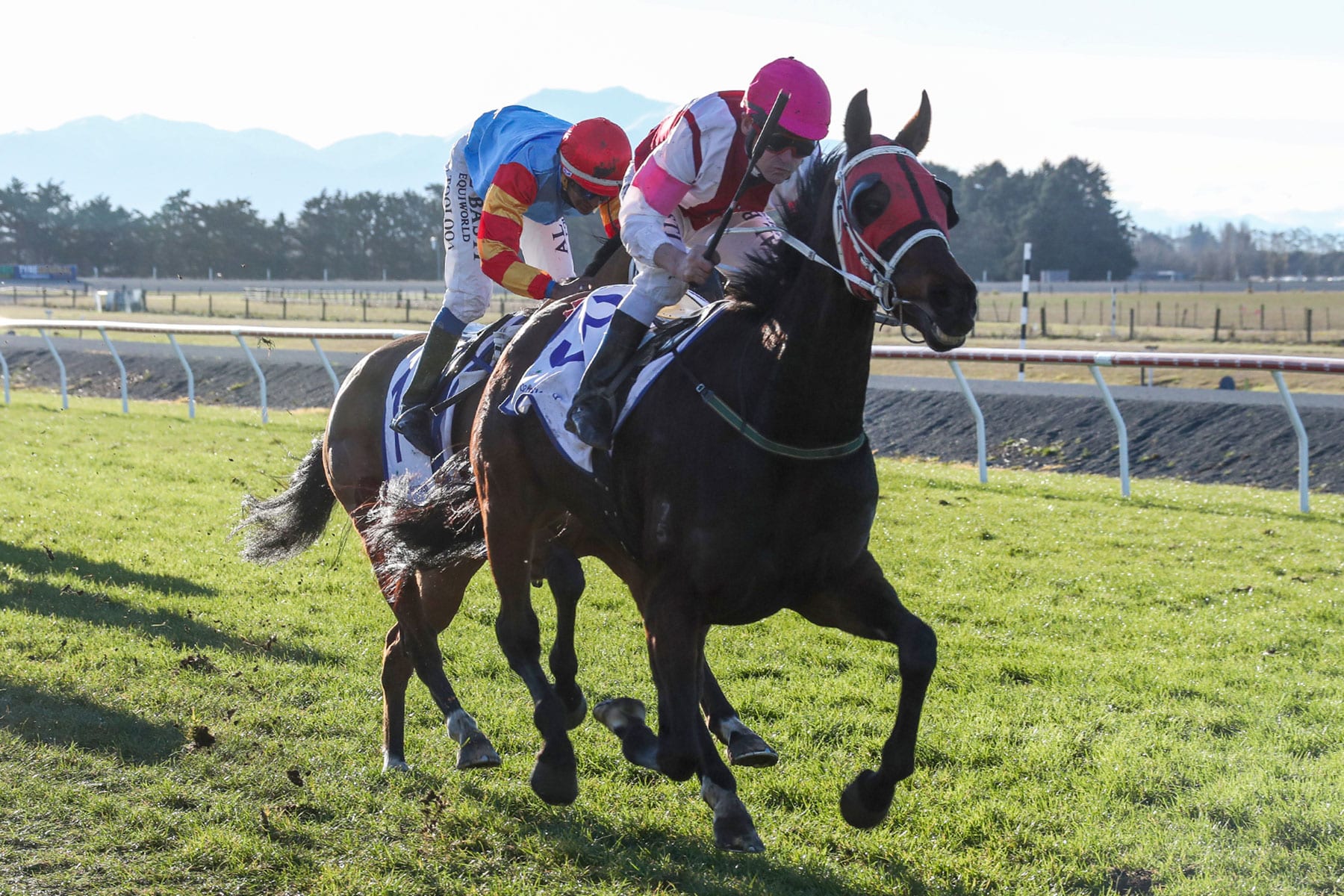 New Zealand trainer Len Stewart would love nothing more than to celebrate his 89th birthday with success in Sunday’s Dunstan Horsefeeds Waimate Cup (2200m) at Timaru.

Stewart, who began his association with racing as a 14-year-old riding in saddle trots in Waikato in the 1940s, will produce Dundeel gelding Take The Deel in the Waimate Racing Club feature.

A NZ$1200 gavelhouse.com purchase out of Brian Court’s stable, Take The Deel is a form runner in the Waimate Cup, albeit in the lower grades, with Rating 65 wins at two of his last three starts.

He came from near last to score at Ashburton last Friday under jockey Terry Moseley, having never gained a clear run at his previous start at Wingatui when finishing sixth.

“It was very good last time. He had that bit of trouble clearing traffic on the corner but he kicked on and came home really well,” said Stewart, who celebrates his birthday next Tuesday.

“He’s kept improving. With his big frame, he’s just needed time to grow into it and he’s getting better all the time.”

Stewart’s granddaughter Lacy identified Take The Deel as a value buy and he has become something of her pet project, keeping the five-year-old switched on in exercise work away from the track.

“Lacy always wanted a Dundeel and she saw him online and got him cheap. She’s done a lot of work taking him down to the beach and jumping him over logs and he’s really responded to that,” Stewart said.

“He can be a bit ignorant, especially if the pace slackens in his races and then he’ll pull and throw his head about. But that’s where Terry comes into his own and keeps him in line.

“Kelvin and Aimee Tyler have a couple in there on Sunday that will be hard to beat (Our Boy Ritchie and Rosie Glow) but I’m looking to him to run into a place at least.”

Stewart will have five runners at Timaru on Sunday, the others being Diamond Riviere, Tennessee Rock, Miss Harley Quinn and Harleen Quinzel, meaning that more than half of his team of eight in work will race there.

“They should all race well. Diamond Riviere hasn’t had a lot of luck in her last two so we’re hoping she can go a better race.”