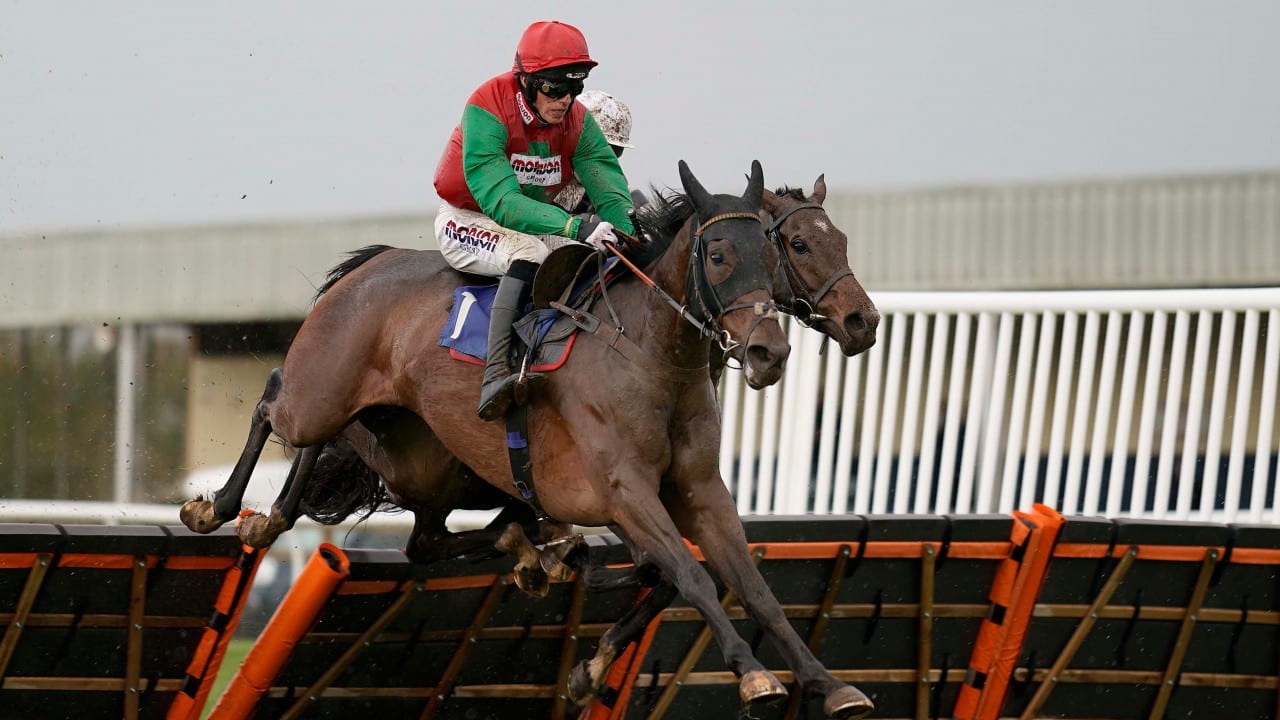 The Breeders’ Cup is the unofficial world championships of thoroughbred racing but we shouldn’t take our eye off the ball this weekend from racing elsewhere and two of the best bets in the UK on Saturday are the favourites in the Grade 2 races at Wincanton. The double on Grand Sancy (14.25) and Sceau Royal (15.00) pays +250 with Bovada.

There is a fortune up for grabs across the 14 Breeders’ Cup races at Keenland in Kentucky. Wincanton in Somerset offers more modest prizes but Grand Sancy and Sceau Royal are decent animals who have performed at bigger tracks and both look good things in their respective races.

Grand Sancy faces two rivals in the Rising Stars Novices’ Chase. However, the six-year-old has plenty in hand over Ga Law and Hurricane Harvey. Recent wind surgery could potentially see some improvement in the selection.

The theory of backing the outsider in a three-runner race should not be applied because Hurricane Harvey is unlikely to win, except if the two market leaders fail to complete the race. The gelding has been progressive over hurdles but could be found out over fences at this level.

You could make a better case for Ga Law who has been purchased from France and adapted well to British fences. The four-year-old has the potential to improve with experience but Grand Sancy has a clear edge on form.

The Paul Nicholls runner was decent over hurdles and has replicated that form in chases. Grand Sancy was an impressive winner of a Listed race over fences at Chepstow 28 days ago and the trainer has a good record in this race. Grand Sancy can win the first leg of this Wincanton double.

The Elite Hurdle has attracted six runners but the absence of Goshen has taken away some of the interest. The final flight blunder of Goshen in the Triumph Hurdle does not devalue the form for the potential Champion Hurdle winner. Sceau Royal is a decent performer over the smaller obstacles and could also be a Champion Hurdle horse.

The Alan King-trained entry is running for the second time after wind surgery. The operation can see improvement and Sceau Royal was a good winner of a decent handicap hurdle at Chepstow three weeks ago. If the horse runs to the same level, the favourite backers double will deliver a nice return. The relative official ratings make Sceau Royal a good option for this Grade 2 hurdle.

Diego Du Charmil is the most likely opponent to spoil that bet. The Bryony Frost-partnered eight-year-old is just a few pounds behind the favourite on the latest figures. Chasing is more his game but good runs in two Kempton hurdle races over the last eight months suggest Diego Du Charmil should not be dismissed.

Nicholls trains Diego Du Charmil and he also trains Solo for the same owners. The impressive winner of his first start over hurdles at Kempton in February was unplaced in the Triumph Hurdle. This could be more his level but Sceau Royal will be a tough nut to crack.

Master Debonair won a similar race at Ascot last season but was then a beaten favourite in the last race of the campaign. There could be improvement this time but Sceau Royal is a better horse on past form and ratings. Brandon Castle and Teqany look outclassed in this grade.

A November meeting at Wincanton does not have the glitz and glamour of the dollar-rich Breeders’ Cup. However, the horses are not aware of the different scenarios. Grand Sancy and Sceau Royal are the best horses in their races and a winning double delivers a healthy return regardless of the setting of the track and value of the prizes