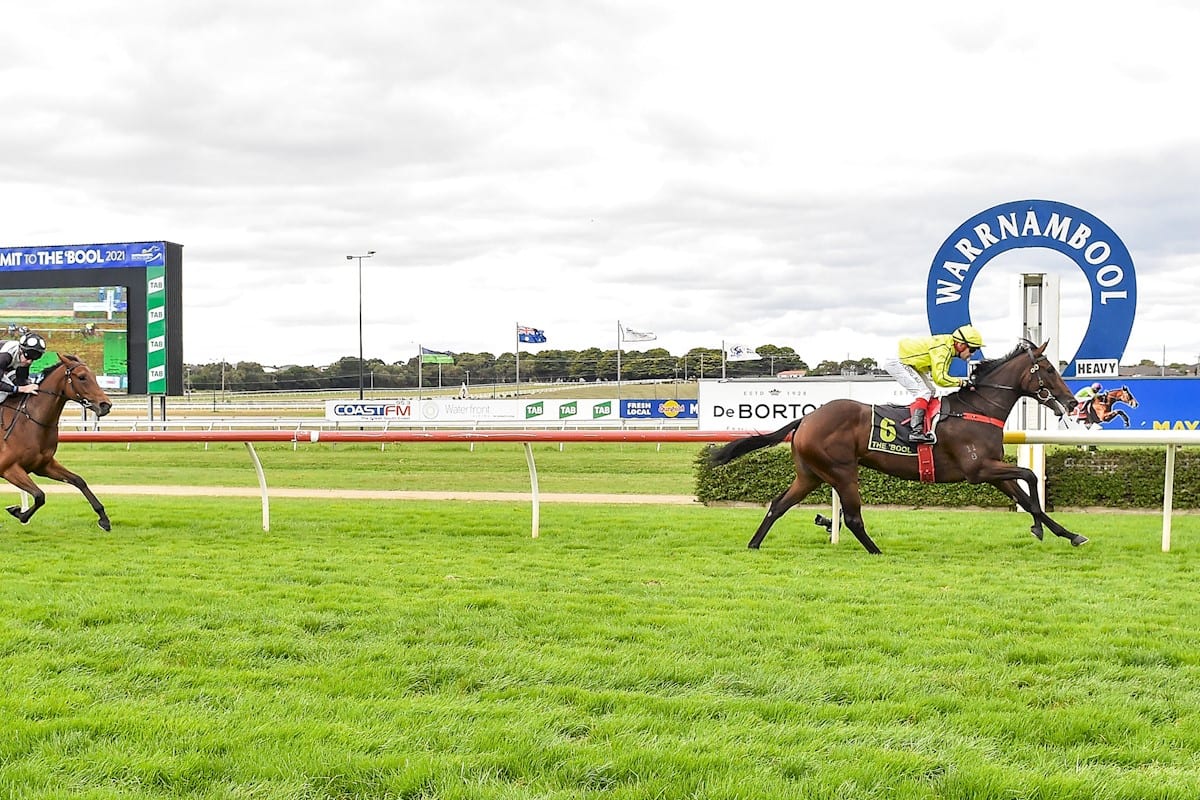 Matthew Williams expects Literary Magnate to take a couple of lengths improvement from her debut Warrnambool win, but will it be enough to win The Showdown?

That is a question Williams hopes will be answered when Literary Magnate runs in the $950,000 race over 1200m on Saturday.

Literary Magnate raced to a three-and-a-quarter length victory in a Warrnambool 1100m maiden on March 26 with the $21,050 first prize enough to get the filly into Saturday’s contest.

“I thought she was a bit green when she hit the front at Warrnambool and got a bit lost in front, flicking the ears around and having a good look,” Williams said.

“But I just think having that experience she’ll take good benefit from the run and the way she’s trained on, she can go to Caulfield and find a couple of lengths.

“I guess trying to weigh-up how many she has to find to measure up is the issue and two might not be enough.”

Literary Magnate is meeting vastly different company to what she raced against on debut.

But Williams has had The Showdown in the back of his mind since Christmas.

“We gave her a couple of jumpouts around Christmas time and I was happy with her, but from a Blue Diamond point-of-view, it’s so competitive, we thought we’d give her a let-up,” Williams said.

“So, we plotted a path to getting her there.

“We looked at running her at Bendigo (against Starry Legend) but it was questionable if she was sharp enough.

“And if you miss running in the top four and horses that had won a maiden, like she did at Warrnambool, they would jump you in the ballot.

“We thought we’d go the soft way in, and here we are.”