Fillies to represent Godolphin in The Showdown 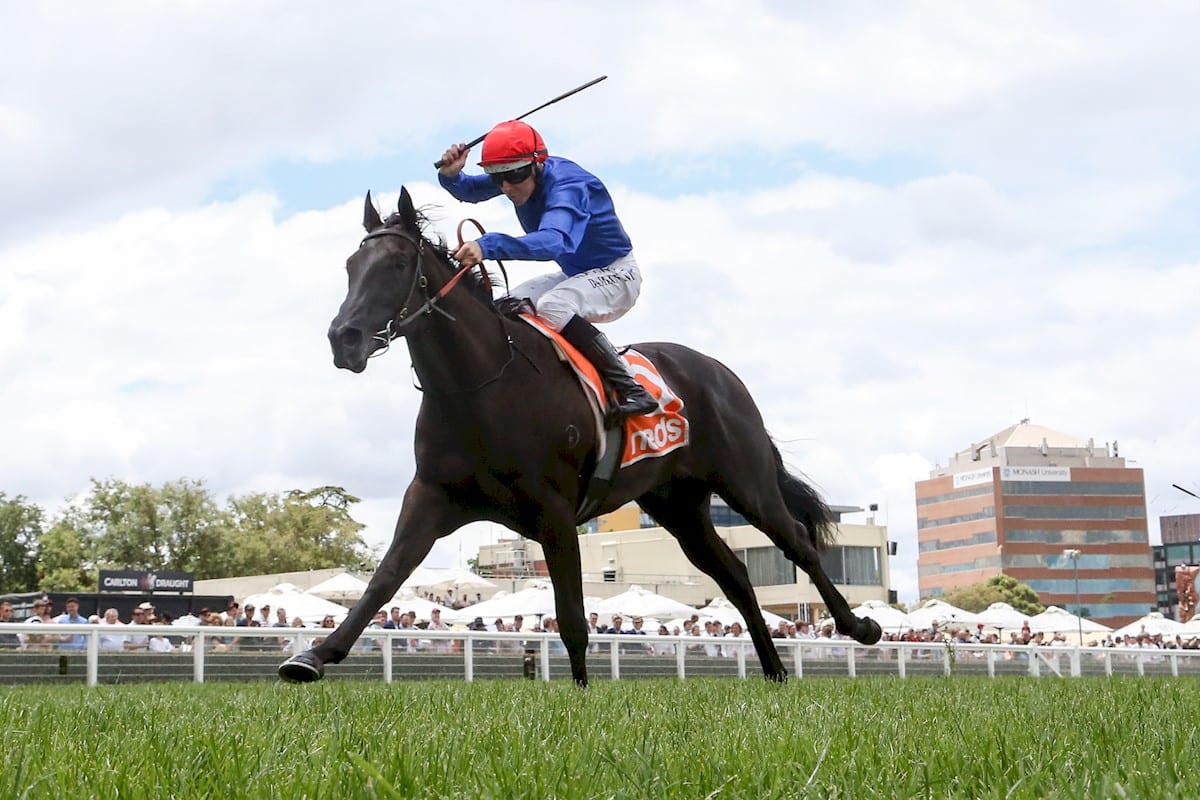 Godolphin and trainer James Cummings are yet to have a runner in The Showdown (1200m), but that will change at Caulfield on Saturday.

Arcaded and Sliders contest the $950,000 race restricted to two-year-olds by sires based in Victoria at the time of serving mares.

Both Godolphin fillies are by Street Boss who stands at Northwood Park.

“Not only is Street Boss having tremendous success on the racetrack, but as a stallion who stands in Victoria, he gives us the opportunity to run these two fillies in this race for almost a million dollars,” Cummings said.

Arcaded comes into Saturday’s race in great form having won three of her four starts.

She was successful at her first two starts at Caulfield before finding the Group 1 Blue Diamond Stakes (1200m) on February 27 beyond her, before rebounding in the Group 3 Magic Night Stakes at Rosehill on March 13.

Arcaded also has the added bonus of having Jamie Kah in the saddle.

“She returns to Melbourne after an exciting victory in the Magic Night Stakes and that win galvanised her formline into three wins from four starts,” Cummings said.

“Her only unplaced run was in the Blue Diamond where she was obliged to race on the inferior part of the track.

“She likes the Caulfield circuit and we expect her to perform admirably.”

Sliders, a debut winner at Newcastle in November before running second at Rosehill two weeks later before a break, hasn’t been able to recapture that form this campaign.

Cummings is confident of a better showing on Sliders’ sixth-place finish in the Listed Redoute’s Choice Stakes at Caulfield on April 3.

“She has maintained her condition and considering the difficult run she had in the Redoute’s Choice Stakes last start, we felt she deserves an opportunity to show her consistent Sydney form,” Cummings said.