Starry Legend primed for The Showdown 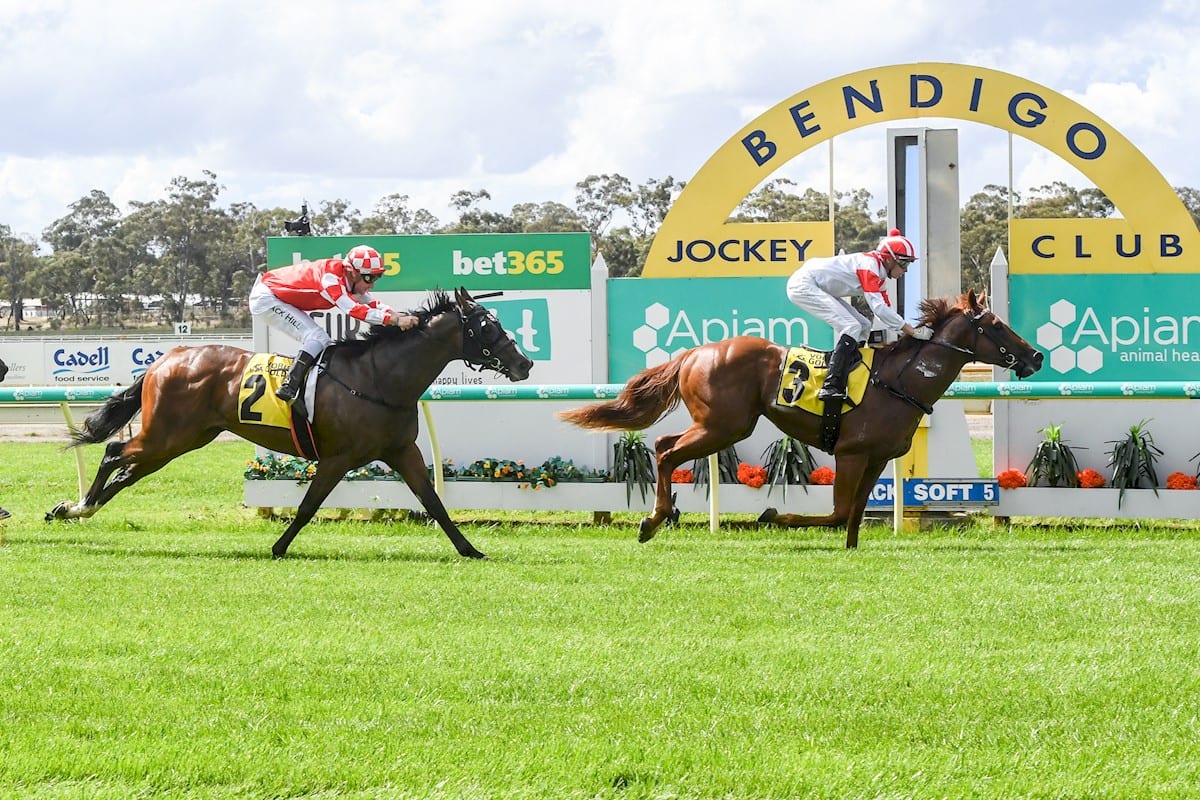 John Sadler says a lot hinges on the performance of Starry Legend in the $950,000 The Showdown at Caulfield on Saturday.

Unbeaten in two starts, Starry Legend will be tackling the 1200m journey for the first time which is a concern for Sadler.

Success on Saturday, after wins at Sandown and Bendigo, could set the son of Zoustar up as a potential stallion to stand at stud in Victoria on a day that recognises Victorian owners and breeders.

“If he won this race and won it well, people will be talking about him in those terms (a future stallion) for sure and then we’ll be looking forward to the spring with him,” Sadler told RSN927.

Saturday’s race, open to horses conceived in Victoria, was not in Sadler’s original planning.

Sadler was under the impression Starry Legend, a son of Zoustar, was not conceived at Woodside Park before the sire transferred to the Hunter Valley.

Sadler said Starry Legend was sent for a break before his attention turned to Saturday’s contest.

A doubt rests in the back of Sadler’s mind whether Starry Legend will be too brilliant for Saturday’s trip.

“He is a brilliant horse, he may be a special horse, but time will tell.

“Michael Dee said he’s slightly concerned the horse may over-race, and if he races the same way he did at Bendigo, then he might find the last 100 metres a little bit tough.”