William Wallace turns back the clock with classic win 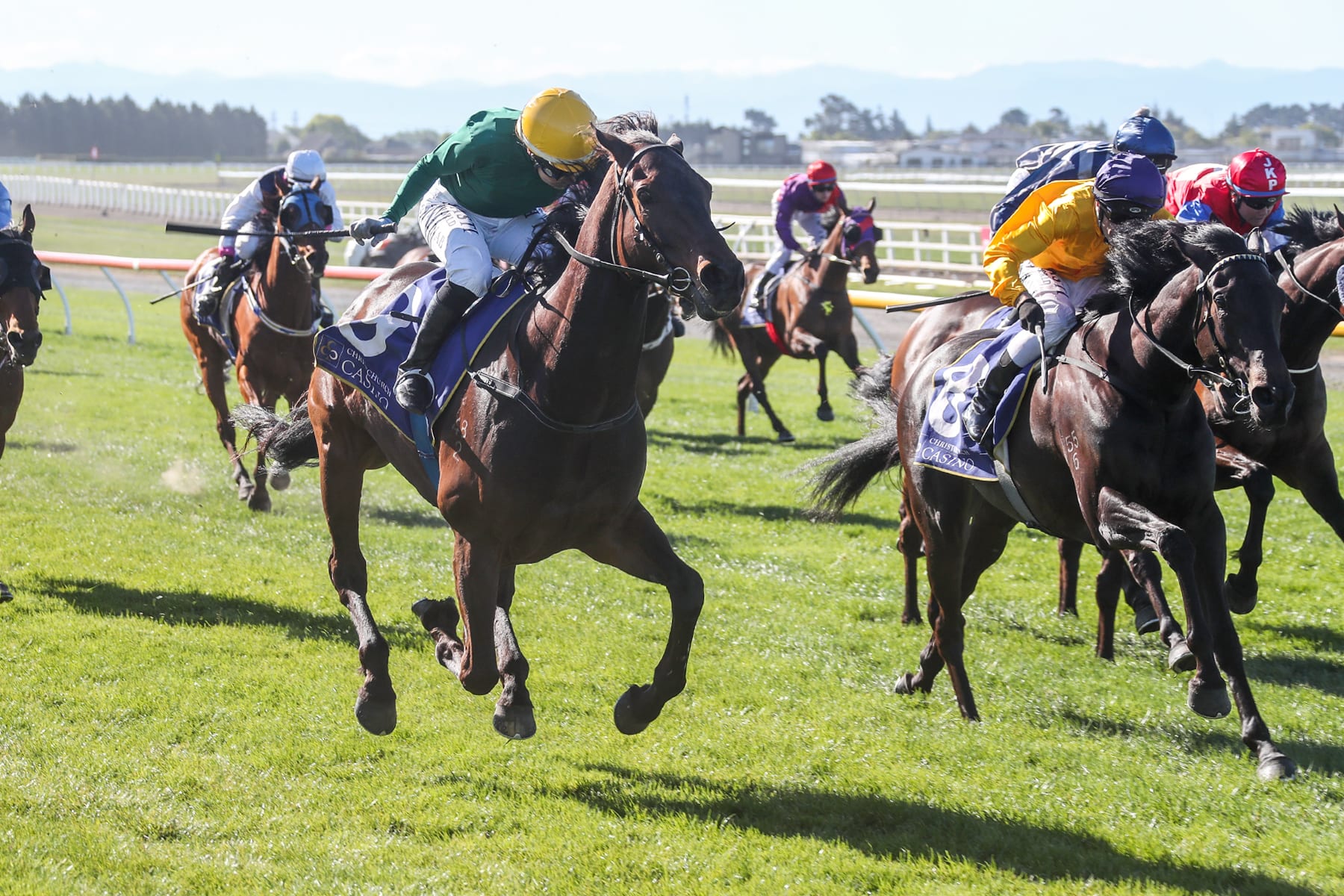 Versatile galloper William Wallace showed there was still plenty of fight left in his eight-year-old legs when he outlasted his younger rivals to take out the Listed Christchurch Casino Spring Classic (2000m) at Riccarton on Saturday. The Darci Brahma gelding has always enjoyed his visits to Christchurch, having won twice at the venue earlier in his career, and demonstrated that affinity with another spirited showing.

Rider Sarah McNab allowed her charge to find his feet in the early running before making a sweeping run around the field on the point of the home turn. Such was his acceleration, he found himself in front with 400m to run and a sitting duck for the late closing challengers.

William Wallace refused to flinch as he held out race favourite Communique by a neck in a desperate finish with Who Dares Wins finishing off strongly for third. Trainer Adrian Bull had been worried about the firm Riccarton surface before the race and was surprised to see his stable favourite in front so far from the winning post.

“I was a little worried about the hardness of the track and getting out to the 2000m as he likes it a little softer than that these days,” he said. “I had to take a second look on the turn as he’s the one doing the chasing most times but there he was in front. “I don’t think he’s ever been in front like that as it takes him the whole straight to get wound up. “He’s pretty tough and he fought on really strongly today.”

Bull hasn’t got any specific plans for the horse, preferring to see how he comes through the run, but it is likely he might find his way back to Riccarton for a race during Christchurch Cup Week in a fortnight. “We’ll take him home and see how he is after a few days,” he said. “I didn’t have any specific plans but he likes it at Riccarton so we probably will try and find something for him there again.”

The victory brought up a milestone for McNab who registered her first victory at stakes level on one of her favourite mounts. “That’s my first stakes win so I’m stoked and even more pleased to get it on this horse as he is one of my absolute favs,” McNab said.

“He normally just flops out of the gate and you have to let him do his own thing, but today he was keen and when I started going around them, he just took off. “I didn’t think I’d be in front like that but he is just so tough and he wouldn’t let anything get past him.” William Wallace has now won seven of his 34 starts, three of them at Riccarton and has amassed more than $200,000 in stakes earnings.