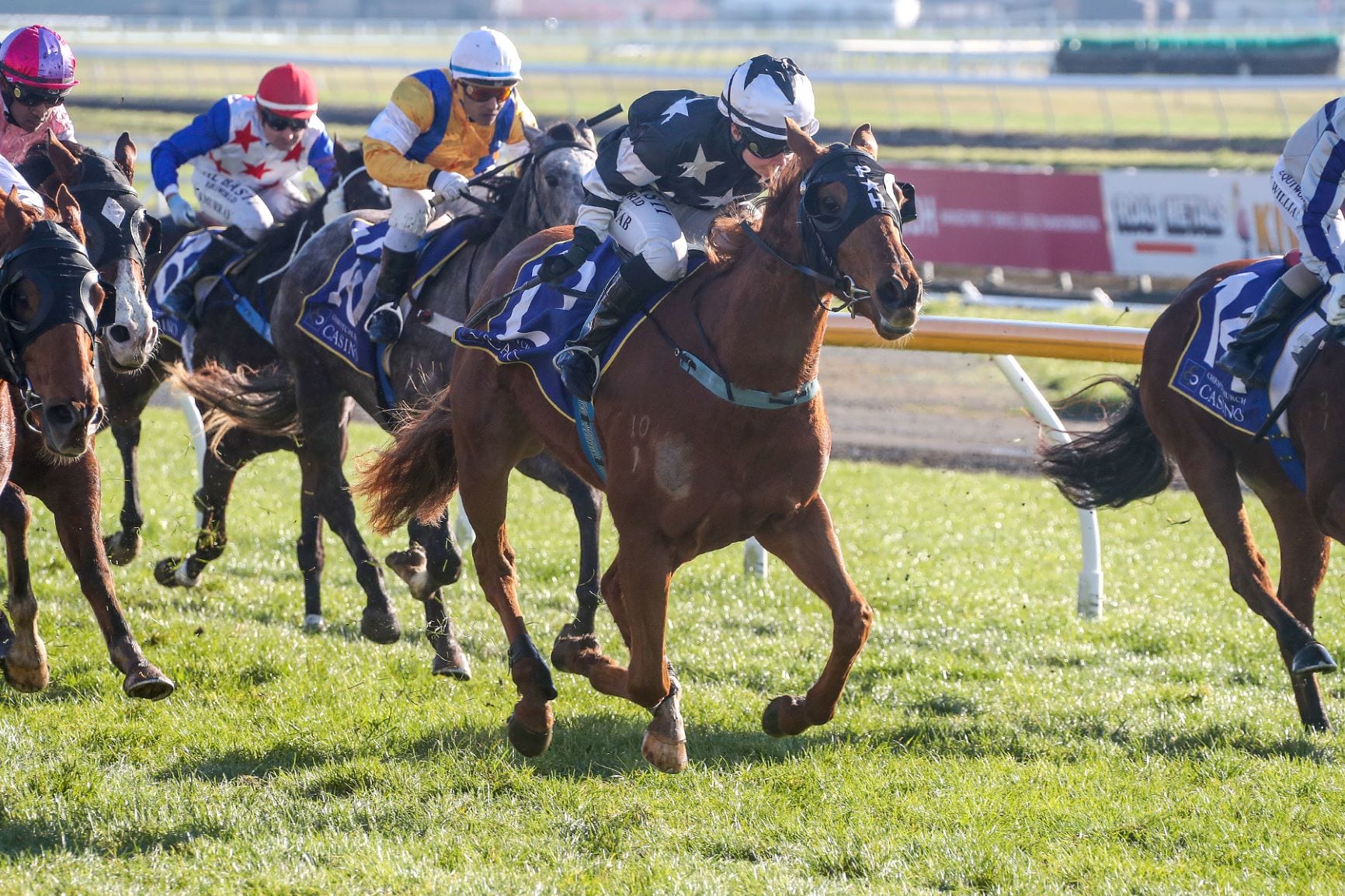 Rangiora trainer Paul Harris spent a sleepless night on Friday as he counted down the hours to the commencement of racing on Saturday. Harris took six runners to the Riccarton meeting including a two-year-old filly he believes could be the best horse he has ever trained.

A bundle of nerves before the start of the second race on the card, Harris sported a smile a mile wide after the event as Sweynesse youngster Walkthisswey lived up to his expectations with a gritty victory to kick her fledgling career off in the best possible style. Rider Sarah McNab bounced the filly out well from an inside barrier before disputing the speed throughout the 900m dash.

Walkthisswey found a good kick in the run home to hold out a myriad of challengers including another well supported debutant in Ataahua Dreamtime who stormed home from near last to snatch second on the line. Harris was buzzing as he discussed the future plans for his charge. “She is something special and I’ve made no secret of that,” he said.

“Officially she is nearly three but she is a late foal and a bit behind them but from day one she has shown me she has the x-factor. “I do believe she is a future Group horse so the long-range plan is to try and get her to the 1000 Guineas (Group 1, 1600m) here in November. “She’s going straight out for a spell now and then we will bring her back for the Canterbury Belle Stakes (Listed, 1600m) in October followed by the three-year-old race at Ashburton three weeks later and then, hopefully, the 1000 Guineas.”

Walkthisswey is raced on lease by stable clients after Harris secured her from Te Kauwhata couple Tony and Lou Cole who bred her under their Argonaut Racing and Breeding banner. “I leased her from Tony and Lou Cole so I’m sure they will be delighted with today’s performance,” Harris said. “After she won a trial on her home track last month, we had a couple of offers but they didn’t amount to much. “The phone hasn’t stopped ringing since the race finished today but at this stage she’s not for sale.”

Two races later Harris picked up his second win for the day when Ocean Park four-year-old Oceans Away proved too strong in the concluding stages of a rating 81 2000m contest. “He (Oceans Away) went a great race first up over 1400m and I knew the extra distance would suit him,” Harris said. “He was doing his best work in the last 100m of his first run and now he has finally strengthened up he is going on with it.

“He always has a flat patch in his races and I thought at the 300m it was going to cost him but he got going again and was getting away from them at the line. “I’m tentatively thinking about a race like the Metropolitan Trophy (Listed, 2500m) on the first day of Cup Week for him as I think he could become a pretty handy stayer in the next twelve months.”