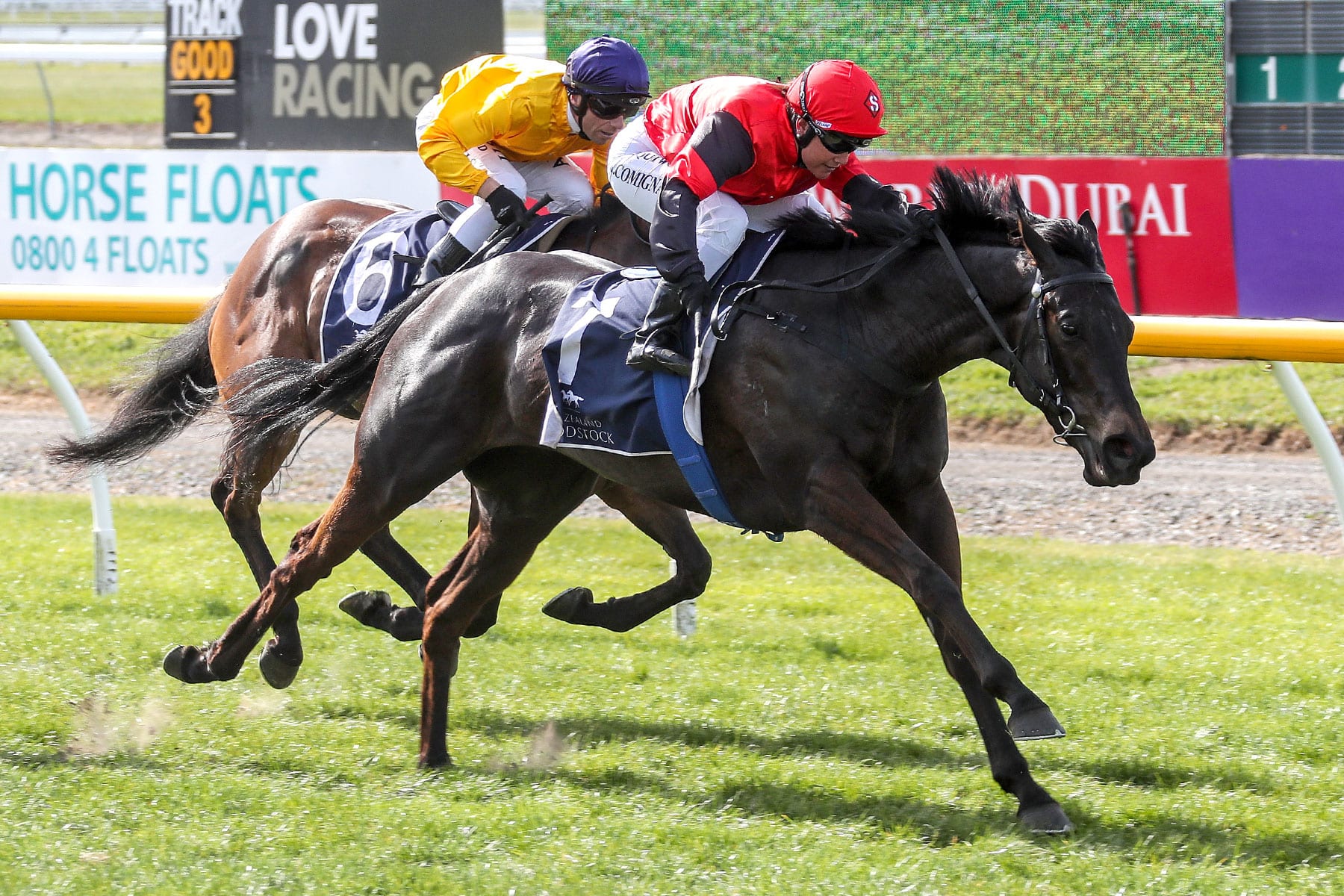 Local filly Matchmaker gave her rivals a start and a beating when she took out Saturday’s Listed New Zealand Bloodstock Canterbury Belle Stakes (1200m) at Riccarton. The Nick Wigley and Kayla Milnes-trained three-year-old had been touted as a topliner in the making after she blitzed her rivals over 1000m on debut at Riccarton back in July.

Conditions of the deal have allowed her trainers to keep her in their stable until after next month’s Group 1 Barneswood Farm New Zealand 1000 Guineas (1600m) at Riccarton when she will transfer to Sydney mentor Chris Waller.

The Group 1 goal looks to be right on schedule after Matchmaker downed several of her likely 1000 Guineas rivals with an eye-catching performance. Rider Tina Comignaghi settled the daughter of Makfi beyond midfield before angling her wide in the home straight to get a clear run at the leaders. Matchmaker burst to the lead at the 150m and dashed away from Matamata filly Laced With Gold who chased her hard but was still more than a length in arrears at the line.

Wigley admitted he had been a little worried before the race about the firm track but once he saw his charge stretch out in the straight those thoughts were quickly dispelled. “She won her first race on a slow track so I was a wee bit concerned about how firm it was today,” Wigley said. “She looked a little scratchy early on but once she got into her rhythm she seemed to be just fine. “She settled beautifully and when Tina angled her into the clear she burst to them pretty quickly. “It has been a dream of both Gus and I to win this race and now we’ve done it the feeling is just indescribable.”

Wigley was buoyed by comments he received from Comignaghi after the race as he looks forward to the 1000 Guineas on November 14. “Tina came back in and was thrilled with how the filly had gone,” he said. “One of the first things she said to me was she felt the horse was already looking for more ground which is nice to hear when you are trying to get her out to a mile. “We’re going to give her one more run which could be either at Ashburton over 1400m or one here and then she will go the Guineas after that.”

Bred by Gus Wigley and his wife Bianca under the family’s Inglewood Stud banner, Matchmaker is from an extended family that includes multiple stakes winner Dynamic Love.

TAB Bookmakers reacted to the victory by moving Matchmaker into second favourite at $8 in their 1000 Guineas market behind Group 3 Hawke’s Bay Gold Trail Stakes (1200m) winner Miss Aotearoa at $5.50.