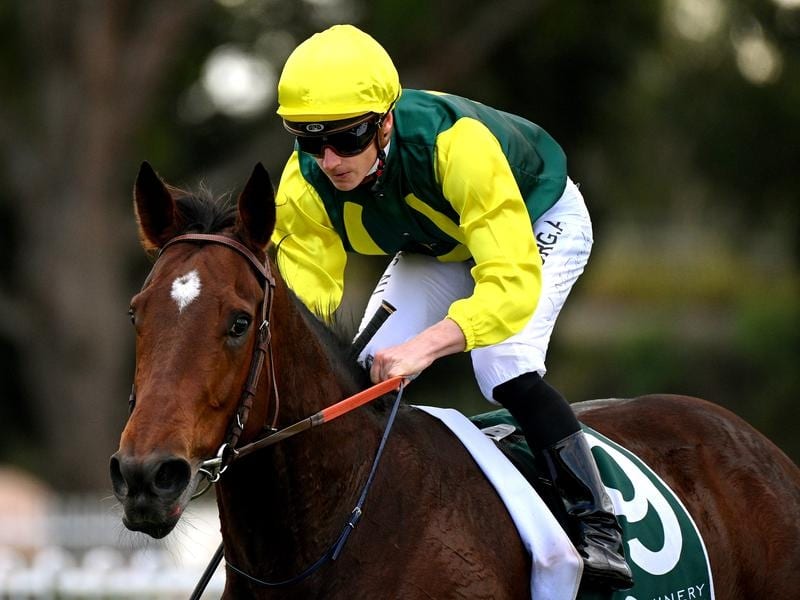 The decision to keep Adelong home in her box last week was a no-brainer for Brad Widdup who is instead plotting a slow and steady path towards bigger goals.

Adelong will contest the Catanachs Sprint (1100m) at Rosehill on Saturday, a week after she was scratched from the Listed Bob Charley Stakes.

“I was never really going there, especially once Classique Legend was there,” Widdup said.

“This race was always more suitable. There’s no reason to rush just yet, there are plenty of black-type races for fillies and mares over the spring.”

Widdup’s patience has been rewarded so far.

After making her debut at four, Adelong has won five of her seven starts, her past two in succession and is a clear-cut favourite to enhance her strike-rate at Rosehill.

Her younger barn mate Showtime Lady will make her metropolitan debut in the Darley 2YO Handicap (1100m) after winning her only start at Canberra in December.

The filly is a daughter of UK shuttle stallion Showcasing, who stood several southern hemisphere breeding seasons in New Zealand where he had had great success with his juveniles, highlighted by 2015 Karaka Million winner Hardline.

Widdup initially had Brisbane winter carnival ambitions for Showtime Lady but had to go back to the drawing board when Queensland’s race offering was drastically reduced due to the COVID-19 pandemic.

“We had her back in for the winter carnival but that all got changed so we will just see what happens,” Widdup said.

“She’s still growing and strengthening up but she enjoys her work and I’m sure she is going to be progressive.”

Sydney’s two-year-old racing continues to thrive into the winter with a field of 11 accepting for Rosehill.