Widdup Has Spring In His Step With Adelong 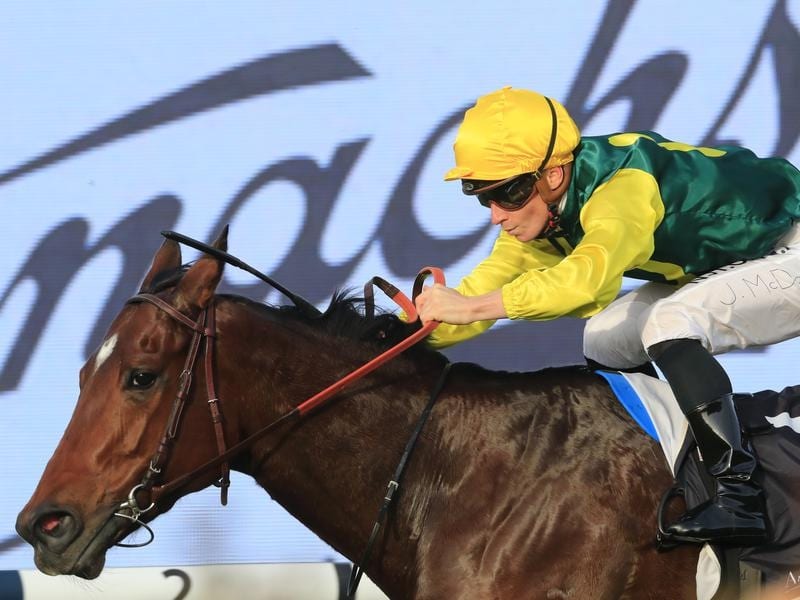 Brad Widdup has already resisted the temptation to test Adelong in stakes company once, but he is unlikely to again after her emphatic performance at Rosehill.

The four-year-old was all class as she took her record to six wins from eights starts in the Catanachs Sprint (1100m) at Rosehill on Saturday, seven days after Widdup scratched her from the Listed Bob Charley Stakes.

“I wouldn’t have nominated her in a stakes race last week if I didn’t think she could be competitive but we waited for this week and it was the right thing to do,” Widdup said.

“She is improving and her record speaks for itself. I haven’t had any very good horses but she is showing a lot, obviously.”

Adelong, the $2.80 favourite, pinged the gates then relaxed outside the lead for James McDonald, asserting her dominance in the straight to streak to a 2-1/4 length victory.

Inandup ($17) edged out Superium ($5) to grab second but the winner was in a class of her own.

Widdup will give Adelong a short break before bringing her back for a spring carnival campaign.

The mare has come along at the right time for the stable after Widdup lost his biggest client, owner Damion Flower, who was arrested on drug charges last year.

McDonald has ridden Adelong at three of her four starts this campaign and says she keeps improving.

“Every time I’ve ridden her I learn something more and more and I reckon today was her best win.”

Adelong gave McDonald a treble after he won the two-year-old opener on Lady Banff and a support race on Word For Word as he closes in on 100 Sydney wins for the season.

The reigning premier rider remains on track for back-to-back titles with 96-1/2 wins.

Andrew Adkins continues to ride well since returning from injury landing a double aboard Attention Run and Monegal, both at double-figure odds.