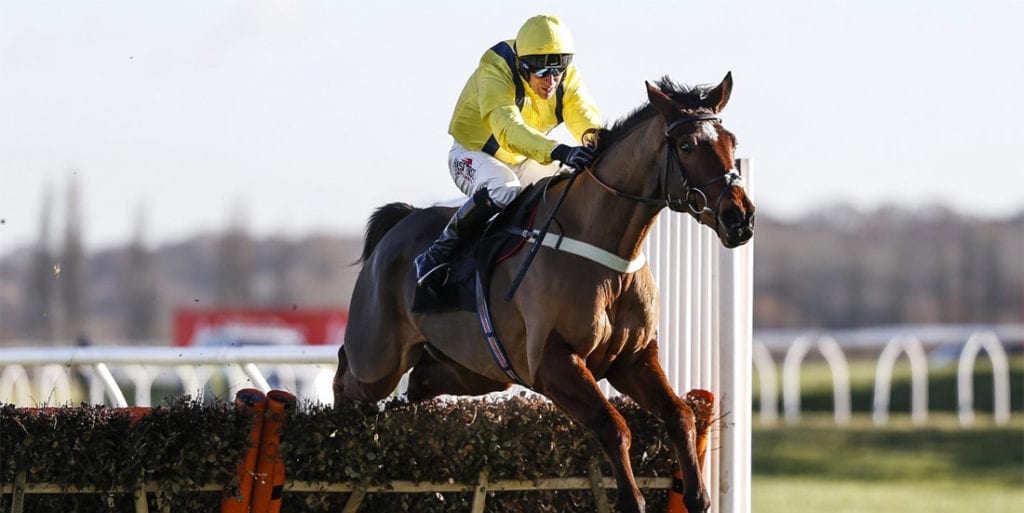 The Betfair Chase at Haydock on Saturday is the first leg of the Chase Triple Crown. Lostintranslation is +125 to win the Grade 1 race, +600 for the King George VI Chase and a +1400 chance in the early Cheltenham Gold Cup betting.

The combined price for the treble is +23500, but no bookmaker will offer those odds because of related contingencies. If Lostintranslation wins the Haydock feature, the eight-year-old shortens in the betting for the second leg at Kempton on Boxing Day. A win in that race and the Colin Tizzard-trained gelding comes into about +300 for the Gold Cup.

Since 2016, any winner of the Chase Triple Crown is awarded the Kauto Star Trophy but no extra money, which was formerly a major part of the prize. Kauto Star claimed a £1 million bonus for winning the three most prestigious chases of the season in 2006-07, and Lostintranslation can emulate that champion.

UK bookmakers will take evasive action after any one horse wins successive legs. Any winner of the Betfair Chase usually becomes a leading contender for the King George and so on. Then the King George is a major trial for the Gold Cup.

In the 2015-16 season, Cue Card won the first two races of the series and then fell when looking like the most likely winner of the Gold Cup. The starting prices for the three races in date order were +175, +450 and +250 (over +5000 combined), but Cue Card was +800 for the Gold Cup before winning the King George. The rule of related contingencies applied.

Flat racing’s Triple Crown is made up of races on various tracks and distances at different times of the year. The steeplechase equivalent is comprised of three races under different conditions.

On the evidence of past form, Lostintranslation has the scope and ability to win each race and seal the Kauto Star Trophy at the Cheltenham Festival in 2021. The horse contested each leg of the Triple Crown last season and was identified as a potential winner of the treble this time.

Lostintranslation won the 2019 Betfair Chase by one-and-a-half lengths from Bristol De Mai, who opposes again this year. Something was amiss when the Tizzard runner was pulled up in the King George. He was going best approaching the last fence in the Gold Cup but was outstayed by the winner, Al Boum Photo, and overhauled by the runner-up, Santini, on the uphill finish to the line.

The shape of the Betfair Chase betting market suggests it will be the easiest assignment of the three races. For a lucrative Grade 1 race, the potential field has cut up badly and there were only five entries ahead of the final declarations.

Clan Des Obeaux has the joint-highest Official Rating with Lostintranslation and has won the King George in the last two years so is a better horse running right-handed. Bristol De Mai has something to find with Lostintranslation from Betfair Chase and Gold Cup form last season. Bellshill and Keeper Hill are not good enough to win at this level.

However, Lostintranslation has the form and attributes to win the Betfair Chase, becoming the only chaser who can achieve the Chase Triple Crown completed by winning the King George and Gold Cup. The combined odds will be more like +2000 if step one of the dream becomes a reality at Haydock this Saturday.