Who will star on Wolverhampton all-weather this weekend? 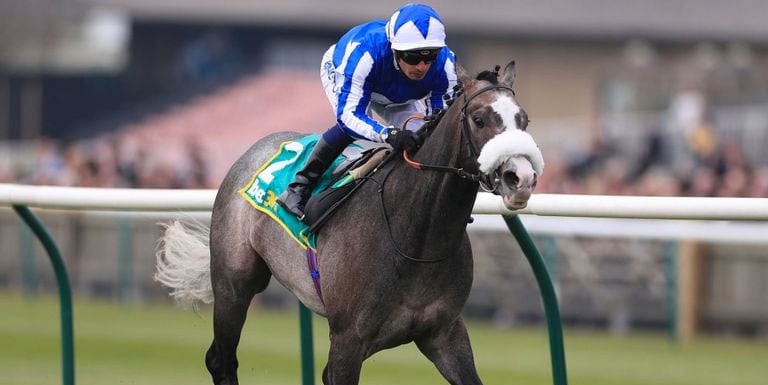 It’s two days before horse racing’s version of Christmas Eve on Saturday. The meeting at Sandown has been abandoned, so the best race of the day is the listed Lady Wulfruna Stakes on the all-weather track at Wolverhampton. The feature and card could hardly be more removed from the start of the best race meeting in the world. A bet on Urban Icon at +300 could boost your betting bank for the Cheltenham Festival, which begins on Tuesday.

Early spring is the time of the year when Flat and National Hunt racing overlap. The Lincoln Handicap is the first major Flat race of the season. This year’s renewal at its regular Doncaster venue takes place on Saturday, March 28, two weeks after Cheltenham and the Saturday before the Grand National. There is a Lincoln trial on the Wolverhampton card and the horse to back is Fox Power at +300. There are then just three sleeps before the Festival.

Of course, racing taking place at Cheltenham or anywhere is dependent on the severity of coronavirus outbreak. It’s still at the containment stage in the UK, but each day brings more affected individuals. Sufferers have been urged not to attend the Festival and at this stage the meeting goes ahead. The racing industry is working on the basis of business as usual, but the situation changes each day. Betting on the exchanges suggests the Festival will take place.

Assuming the Festival starts as scheduled on Tuesday, track conditions then become a major consideration. The favourite in the betting market for the going at Cheltenham on Day 1 is ‘Soft’, but rain over the weekend could bring ‘Heavy’ into the equation. That description could see Envoi Allen run in the Festival-opening Supreme Novices’ Hurdle on Tuesday and not the Ballymore Hurdle the following day. The horse is trained by Gordon Elliott, who outlined his plan in the Racing Post.

“I’ll be over in Cheltenham and will walk the course to see how the ground is on Saturday night. We’ll keep all options open with our runners and see what happens. Everything is good with Envoi Allen, touch wood,” he said.

The Cheltenham forecast points to a drying sun and showers over the weekend but rain on Monday. However, the Festival implements 48-hour final declarations, which means running plans for Envoi Allen will be confirmed on Sunday. BetOnline have the biggest price for Envoi Allen in the Supreme at +300, having quoted +500 first thing in the UK on Friday. Soft ground favours Cornerstone Lad and there are worse +3300 shots to win the Champion Hurdle.

However, before we can enjoy Cheltenham we have the wonders of Wolverhampton this Saturday. Urban Icon is trained by Richard Hannon and will be ridden by Ryan Moore in the Wulfruna Stakes at the West Midlands track. The horse is a smart colt that ran third in a listed race on turf at Newmarket on his last start, eight months ago. If Urban Icon translates that form to the tapeta surface, the race should be in the bag.

The Lincoln trial is run over one mile and half a furlong on the artificial surface and round course at Wolverhampton. The race itself is a one-mile contest on Doncaster’s straight grass track, so Wolves is hardly the best prep for the first feature of the core Flat turf season.

Fox Power is a course winner and was placed over the course and distance last month. The horse’s handicap mark has not changed, so he is racing off a winnable mark.