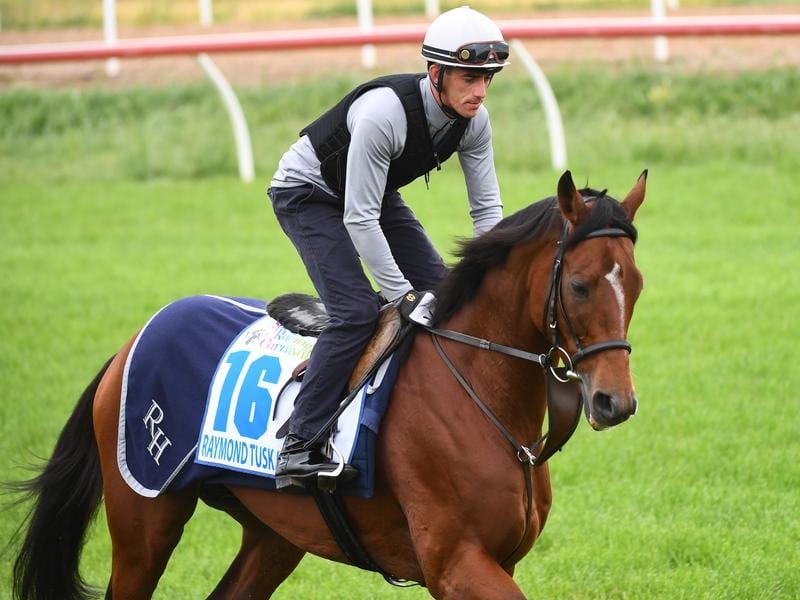 Racing on a wet and windy Monday in January is hardly likely to get the pulse racing, but a winner is a winner and there is a standout bet in the richest race at Wolverhampton. Raymond Tusk is the favourite for the Betway Conditions Stakes at +110 with BetOnline. The horse’s second-to-last run could not have been in more different conditions, as the Richard Hannon-trained runner finished down the field in the Melbourne Cup at Flemington last November.

Raymond Tusk was quietly fancied to figure in the race that stops a nation. The horse had finished fourth in the Ebor Handicap at York in August. The richest Flat handicap in Europe is often a good form guide to the Melbourne Cup. Raymond Tusk finished two lengths behind the winner, carrying three pounds more. The horse produced the joint-best Racing Post Rating (RPR) over the one mile and six furlongs of the Ebor. The Melbourne Cup is a two-mile handicap.

Raymond Tusk was drawn three of the 24 runners in the Melbourne Cup so was racing from the favoured side of the track. The horse was held up in the middle of the field and stayed on under pressure to sit not far off the pace. However, he could not deliver a challenge inside the final furlong and dropped away at the business end of the race. The horse that had won the Ebor, Mustajeer, only beat one other runner, so in 2019 the race did not provide any pointers for the Melbourne Cup.

The winner of the Melbourne Cup collect over £2.5 million and the race takes place in fine weather at the start of the Australian summer. The forecast for Wolverhampton on Monday suggests the temperature will not rise above eight degrees and there will be plenty of rain. The environment compared to Flemington in November will be like chalk and cheese. If Raymond Tusk prevails, connections will take home a first prize of less than £12,000. It could be a question of how far the mighty have fallen, or else Raymond Tusk is the bet of the decade to beat the other four runners.

Raymond Tusk is a five-year-old and horses generally are not in decline at that age. The Melbourne Cup was an ambitious target, but the run in the Ebor justified an entry. To say the horse is benefitting from a drop in class is an understatement. Raymond Tusk has won in the class and on the going so must be backed at odds-against to win this Class 2 race at Wolverhampton. The horse has a few pounds in hand on ratings and looks a big price at the level.

The horse for the forecast is Funny Kid, which lost to Raymond Tusk by half a length over two miles and change at Newcastle 30 days ago. Funny Kid carried three pounds more than the winner that day and the comparative weights are the same this time. The track at Newcastle is Tapeta and the going was Standard. Wolverhampton races on the same surface and the going is predicted to be Standard again. The same conditions should produce the same outcome, so Raymond Tusk is tipped to win and Funny Kid looks booked for second place.