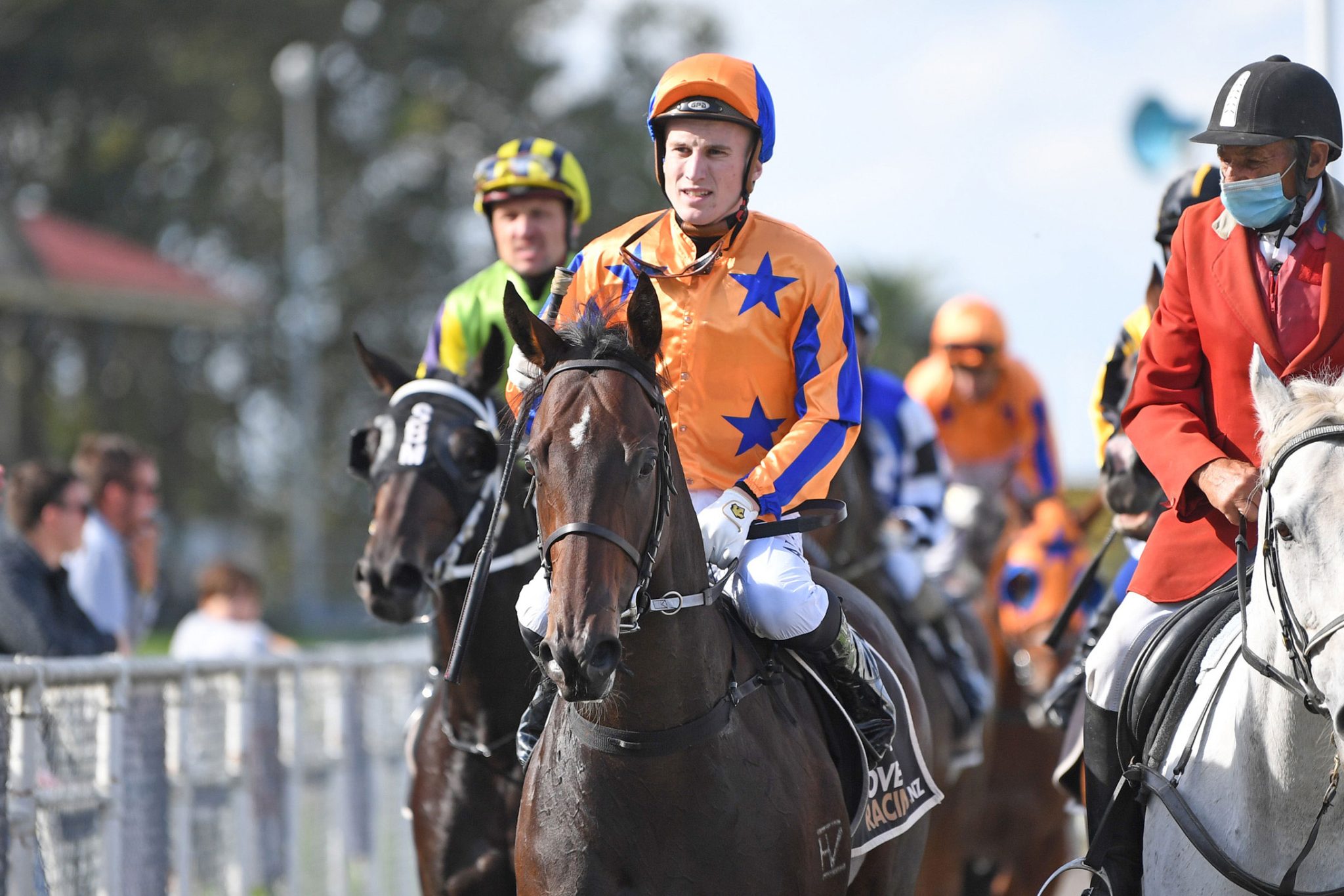 Sam Weatherley went into the 2021/22 racing season with two major goals. One was to ride the winner of a $1 million race in New Zealand and the other was to add a second Group One victory to his career record.

He achieved the first of those milestones aboard the Te Akau Racing runner Pin Me Up when the three-year-old filly took out the NZD$1 million Karaka 3YO Classic (1600m) at Ellerslie in late January.

Successful aboard Enzo’s Lad in the 2018 Group 1 Telegraph (1200m), Weatherley had to wait until the second last Group One of the season to make it win number two at the highest level when he guided another Te Akau Racing runner in Maven Belle to victory in Saturday’s Group 1 Manawatu Sires’ Produce Stakes (1400m) at Awapuni.

Not that the win was without some drama as shortly after Maven Belle defeated Wolverine, the protest siren went with the connections of the runner-up alleging interference in the final 100m had cost them the race.

After deliberating for some time, the Judicial committee ruled that Maven Belle would keep the victory, much to the relief of Weatherley.

“I was expecting the siren to go and didn’t celebrate too much as I didn’t want to count my chickens before the race was confirmed,” Weatherley said.

“My filly was still going pretty easily when the interference occurred and I had some petrol left in the tank.

“She just shied a little at the winning post and while I might be a little biased, I do think the right horse won the race.”

Weatherley was quick to thank trainer Mark Walker and the Te Akau Racing team for choosing him to ride the filly after she had been more than a little unlucky at her previous start when running third in the Group 1 Sistema Stakes (1200m) at Ellerslie.

“I was really excited to get the ride as you know when you are on a Te Akau runner you are always in with a big chance,” he said.

“I thought she was very unlucky at Ellerslie and when she drew so well (barrier 1) I was conscious of making sure she got every chance to take advantage of that draw.

“Mark said to me to keep it simple, just make sure she got a good warm up and to bounce her out and see what happens from there.

“She got a pretty soft lead and when I asked her on the corner she just bounded away.

“She is a very special filly with an amazing temperament and such a good brain. You would have thought I was on a veteran open handicapper and not a greenish two-year-old the way she went around to the start and those attributes are going to take her a long way in her future career.”

Weatherley has been buoyed by the way his season has unfolded so far and credits manager Stu Laing for much of his success.

“Stu is doing a great job for me and I’m getting some excellent rides across the board and particularly in the bigger races,” he said.

“I’m also lucky that Te Akau racing have put me on a number of their horses this season and hopefully I have been able to repay the faith they have shown in me.

“My weight has also been very steady around the 54kg mark and that has made a difference as I haven’t had to waste hard for my rides and that has kept me a lot sharper mentally as much as anything.

“I have also been able to ride mostly when I want to and I haven’t had to chase rides all over the country, so the travelling has reduced and that has kept me sharper as well.

“While things are going as well as they are, I’m going to stick to the routines I have established and get the maximum benefits I can from that process.”

While an eight riding days suspension for causing the interference aboard Maven Belle will see Weatherley on the sidelines for a fortnight, he is looking forward to a brief break in Sydney in the next month to make up for his indiscretion.

“I copped the suspension on the chin and won’t be able to ride again until the 16th of April, which may be a bit of a blessing as I’m off to Sydney next week with my dad (Darryn) and sister (Briar) as dad is taking two horses over there for a brief campaign,” he said.

“It will be like a working holiday as Briar and I will be doing the day-to-day work and dad will travel back and forth as required.

“The horses (Mali Ston and Maria Farina) go across with dad tomorrow (Monday) and I will head over a week later.